Gene Campbell grew up in south Minneapolis, the youngest of nine children. At age 5, his brothers pooled their money and bought Gene his first pair of skates. His older brothers were U.S. soldiers who fought in World War II.  When they returned home from the war in 1945, their baby brother had become a teenager and was tearing up the City Hockey Conference.  The brothers mentored and taught Campbell about intensely competing, but doing so with honor and respect for the opponent.  Campbell took these lessons and applied them to both an outstanding hockey career and an outstanding life.

Campbell’s ice hockey began at Riverside Park and then on to South High School where he graduated in 1950 after leading South to the State High School Tourney.

He then played for the University of Minnestoa Golden Gophers where he was coached by John Mariucci and played on a line with John Mayasich.  Campbell’s Gopher teams were NCAA runner ups in both 1953 and 1954.  He was the Captain of the 1953-54 Gopher team.

After graduating, Campbell played three years for the U.S. National Team, the World Championships in 1955 and 1957 and was Captain of the 1956 Olympic Silver Medal team.  Campbell then finished  his hockey career with two seasons playing for the Rochester Mustangs.

Campbell’s on ice career was exceptional, but his off ice contributions are what truly define the man he was.  Jim Westby, speaking on behalf of the ten Alm and Westby brothers and for a generation of Riverside Park and South High School players states that Gene Campbell taught them all how to be not only be better hockey players, but also good people.

Campbell later coached many years in the Rochester Youth Hockey program and then 14 years as the Head Coach of Rochester Lourdes HIgh School.  His crowning achievement was as a founder of adapted floor hockey in Rochester and the eight year Head Coach of the Rochester Raiders team.  Gene Campbell always paid it forward. 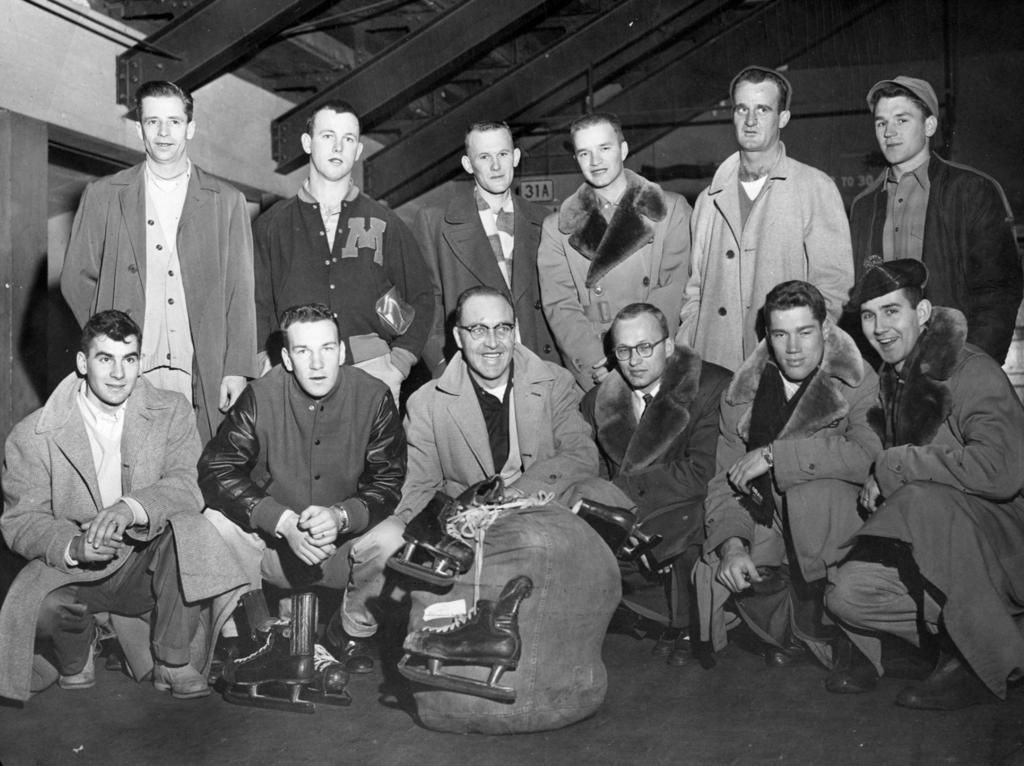 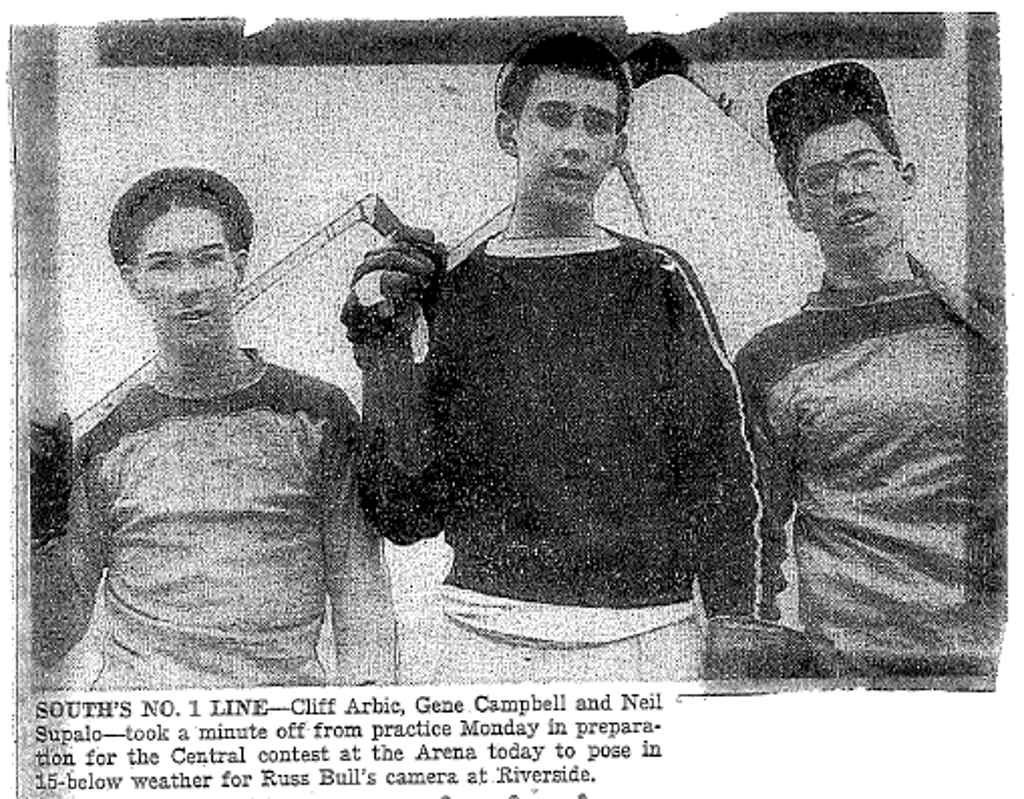 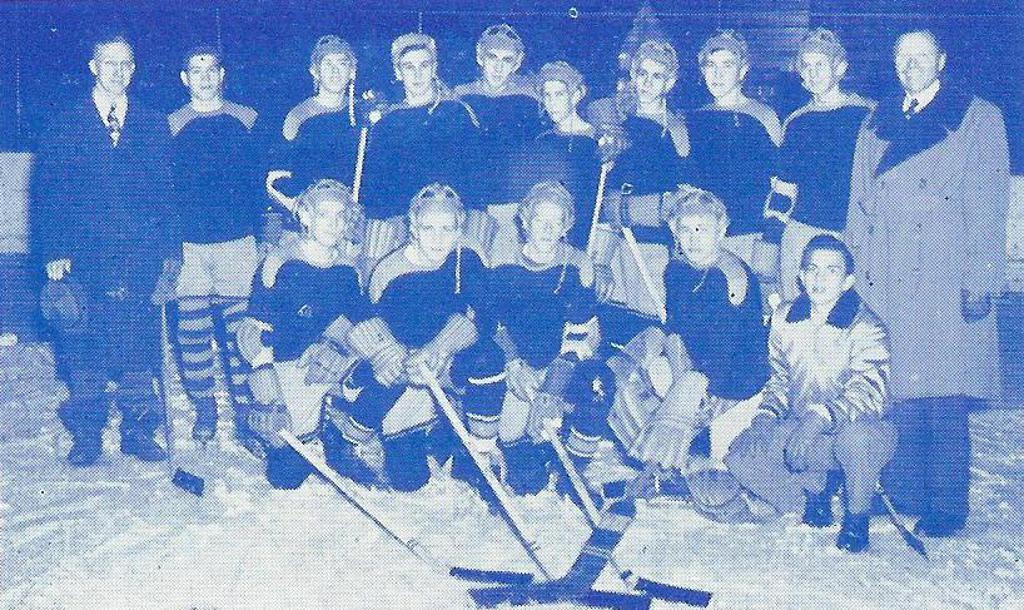 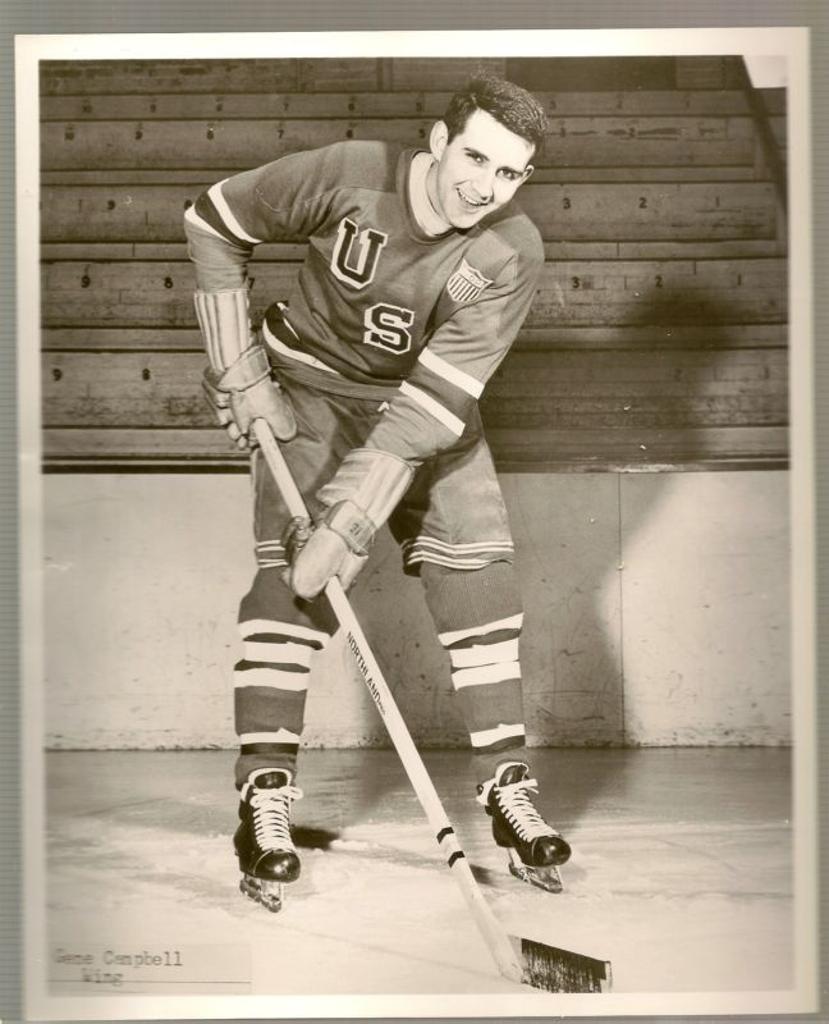 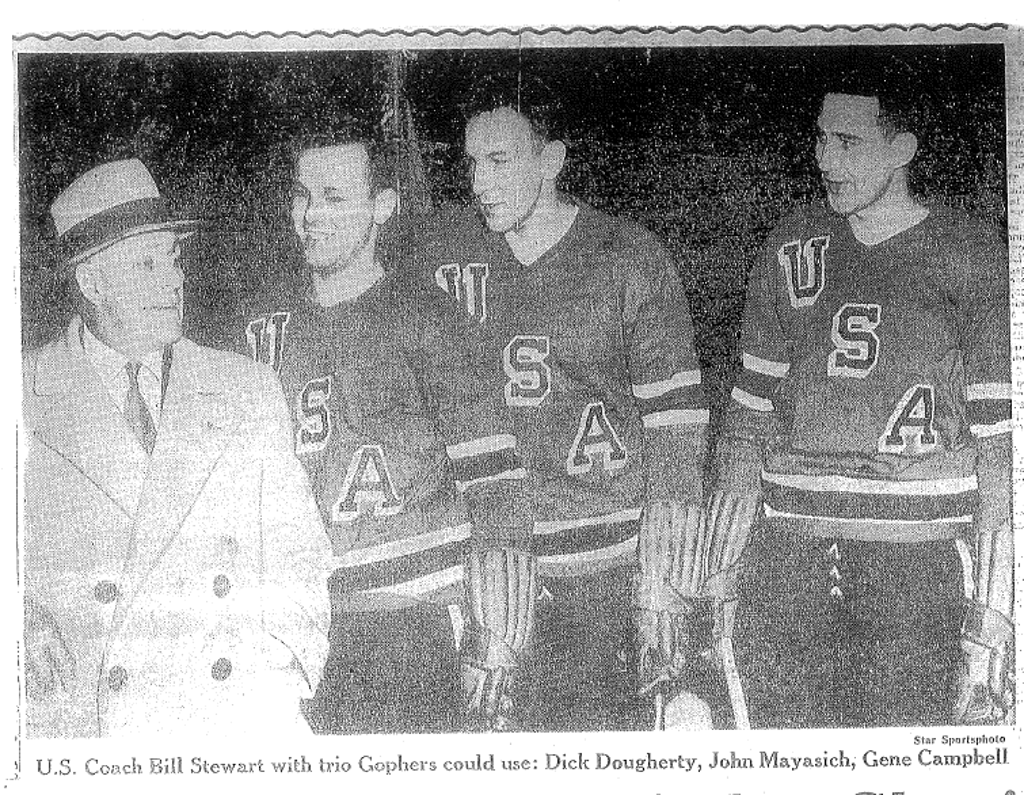 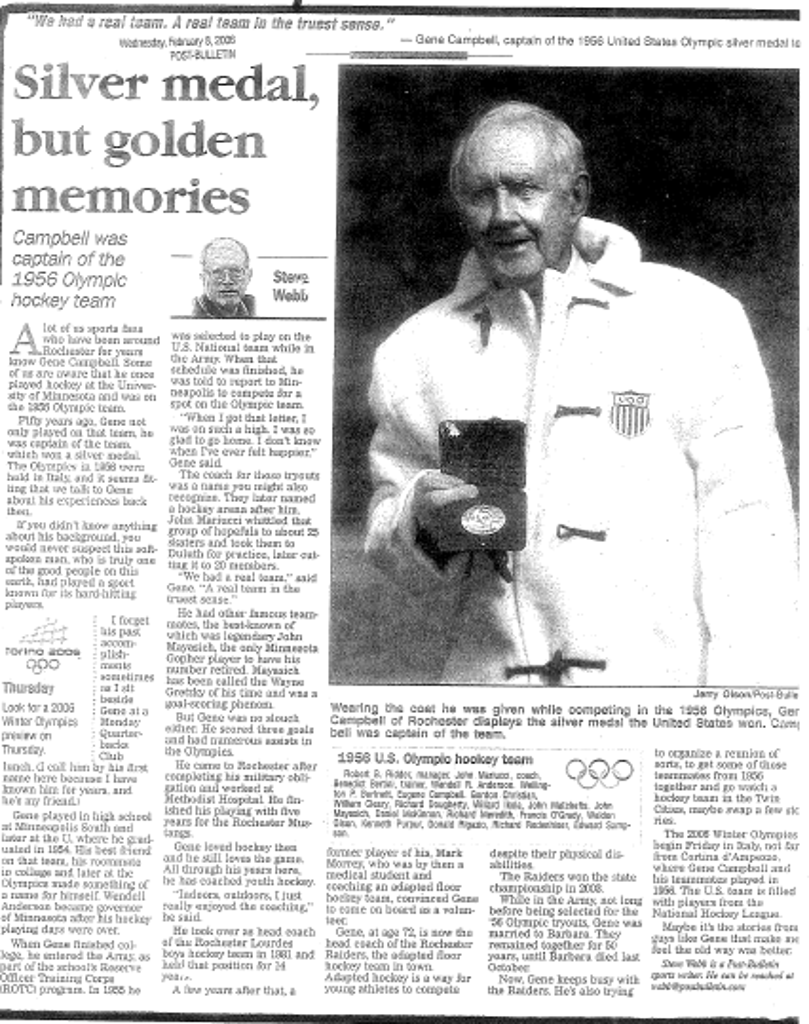