The six Alm Brothers, Gary, Larry, Rick, Mike, Tim and Tony, even though spanning eight years in age differential had much in common.  All six learned to skate and play hockey at Riverside Park, a park and rink that no longer exists, disappearing under the construction of the I94 freeway.  Riverside was deep in the Mississippi gorge next to the river, 150 steps down from 29th Avenue.  After skating at Riverside all night on weekdays and all day on weekends those 150 steps were a perfect conclusion to a cold day of skating.

All six of the Alm brothers played hockey for South High School where each earned “All City” honors, four of the brothers, Gary, Larry, Rick and Mike, skated for the University of Minnesota Golden Gophers and all six played for legendary Minneapolis senior hockey team, the Bungalows.

Larry Alm was, together with Herb Brooks, the last player cut from the 1960 Olympic team and also skated for South in the 11 overtime victory over Thief River Falls in the 1955 State Tournament.

Three of the Alm brothers went on to coach Minneapolis High School teams, Rick at South, Tim at Central and Larry at North.  Gary Alm became a referee.  He recalls reffing a high school game between West and South.  A West supporter complained that it was not fair that Gary could ref a game played by South because his brother Rick was the coach.  The supporter quit complaining when it was pointed out to him that brother Larry was coaching West in the same game!

Gary, the oldest of the Alm brothers emphasized that at Riverside Park there were no coaches and definitely no fancy facilities.  There was, however, great ice all winter and the six Alm brothers, together with the four Westby brothers became great hockey players by spending countless hours playing pick up shinny hockey at Riverside.  By the time they got to high school they instinctively knew where the other Alms or  Westbys would be on the ice and this carried on to their careers at the U of M and beyond. 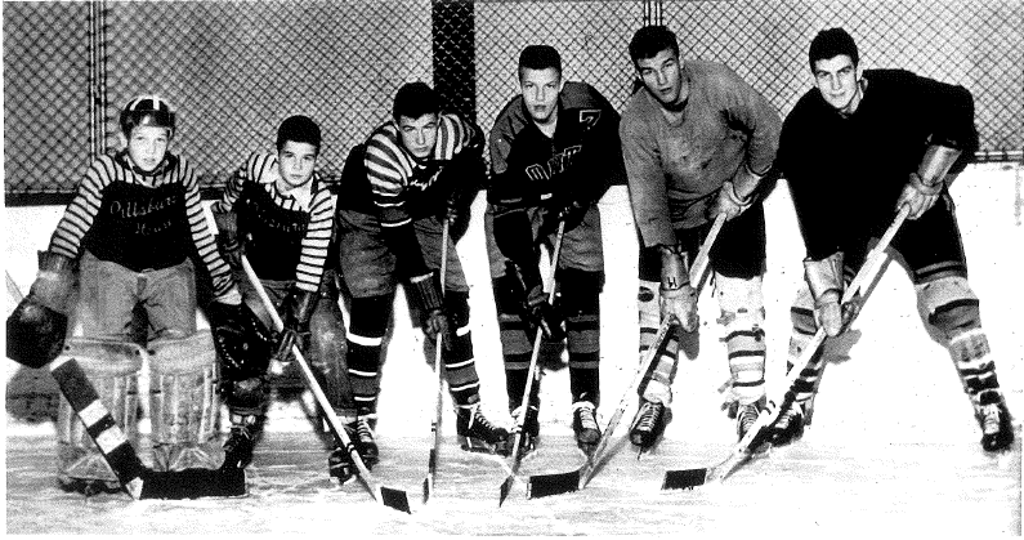 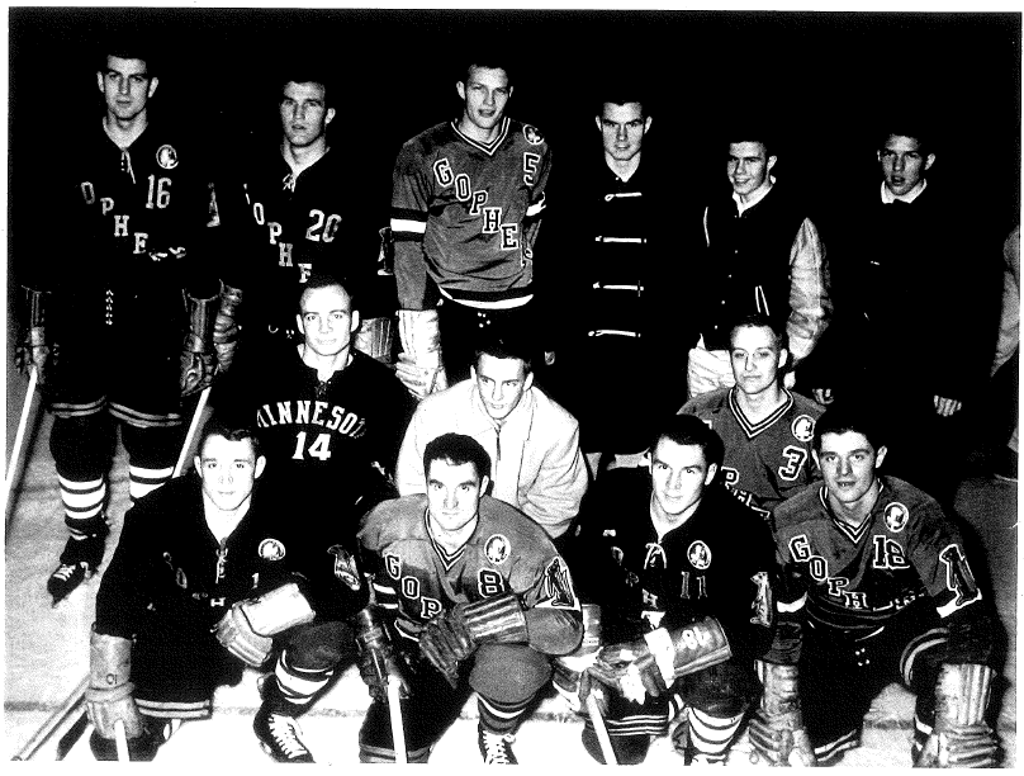 The Alm's, Westby's, and Merediths at the U of M 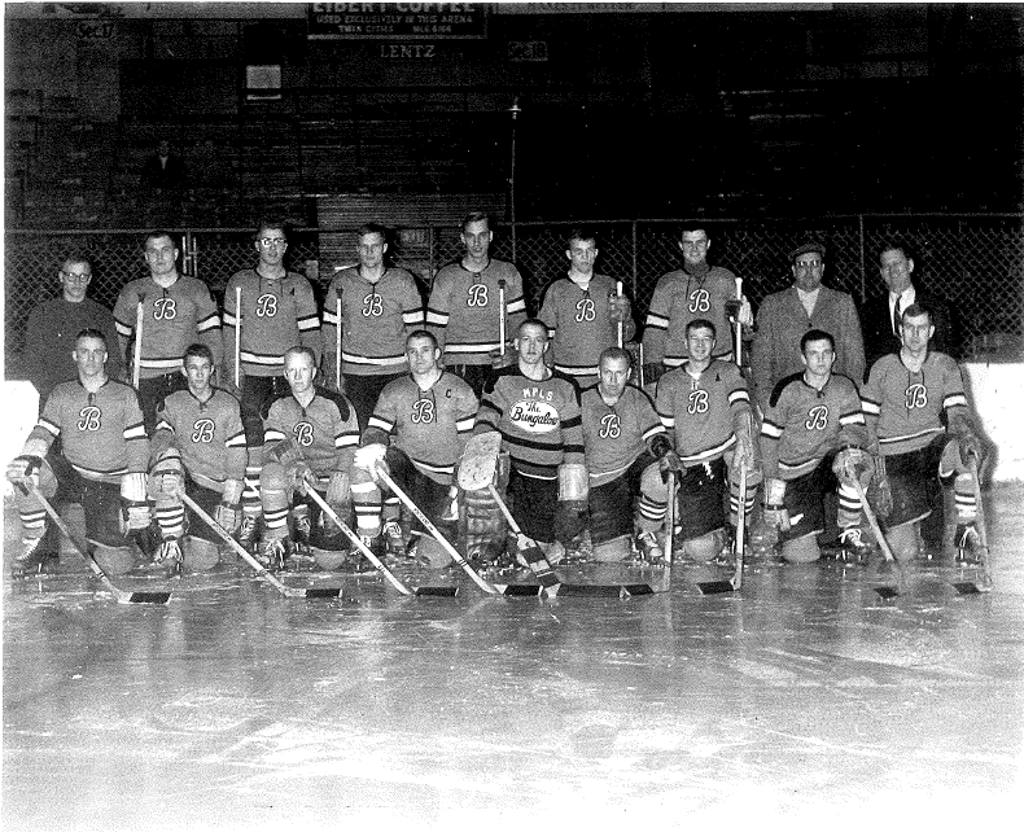 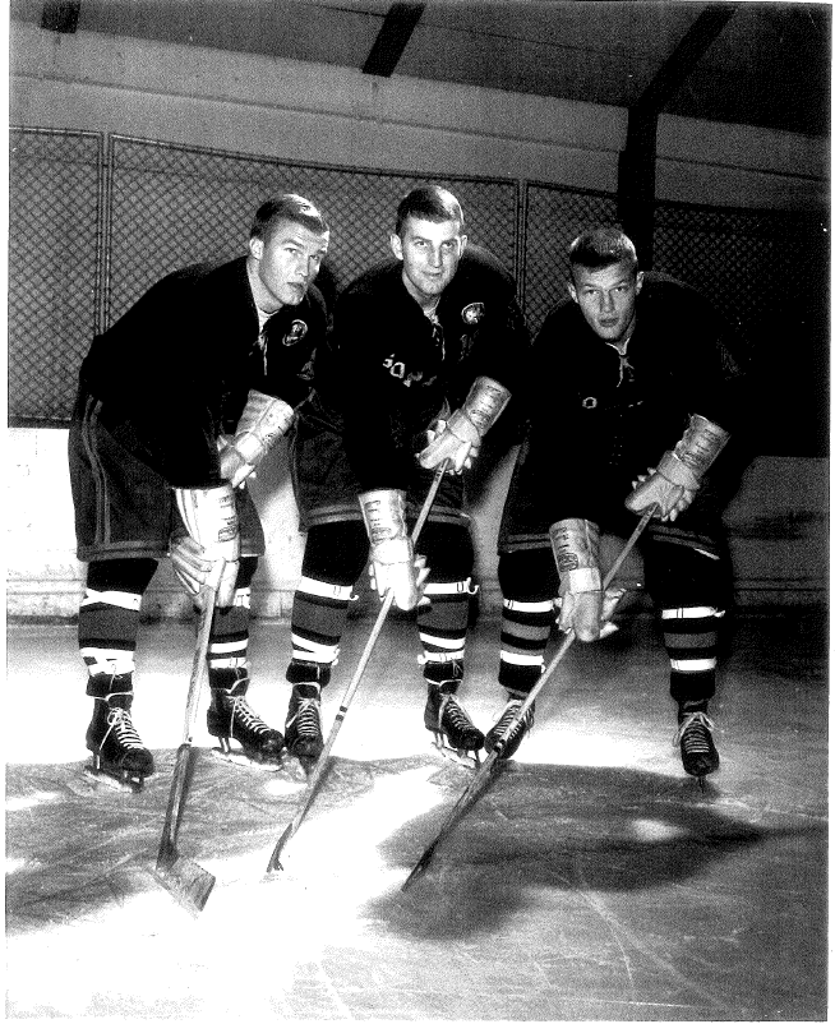 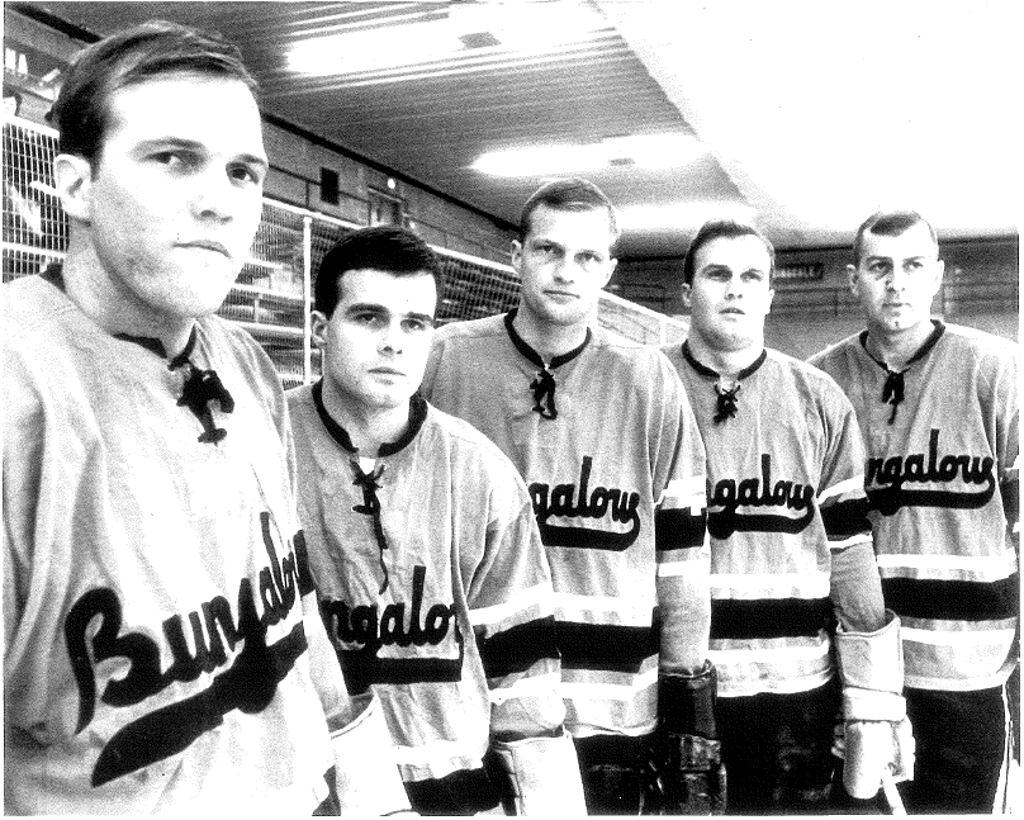 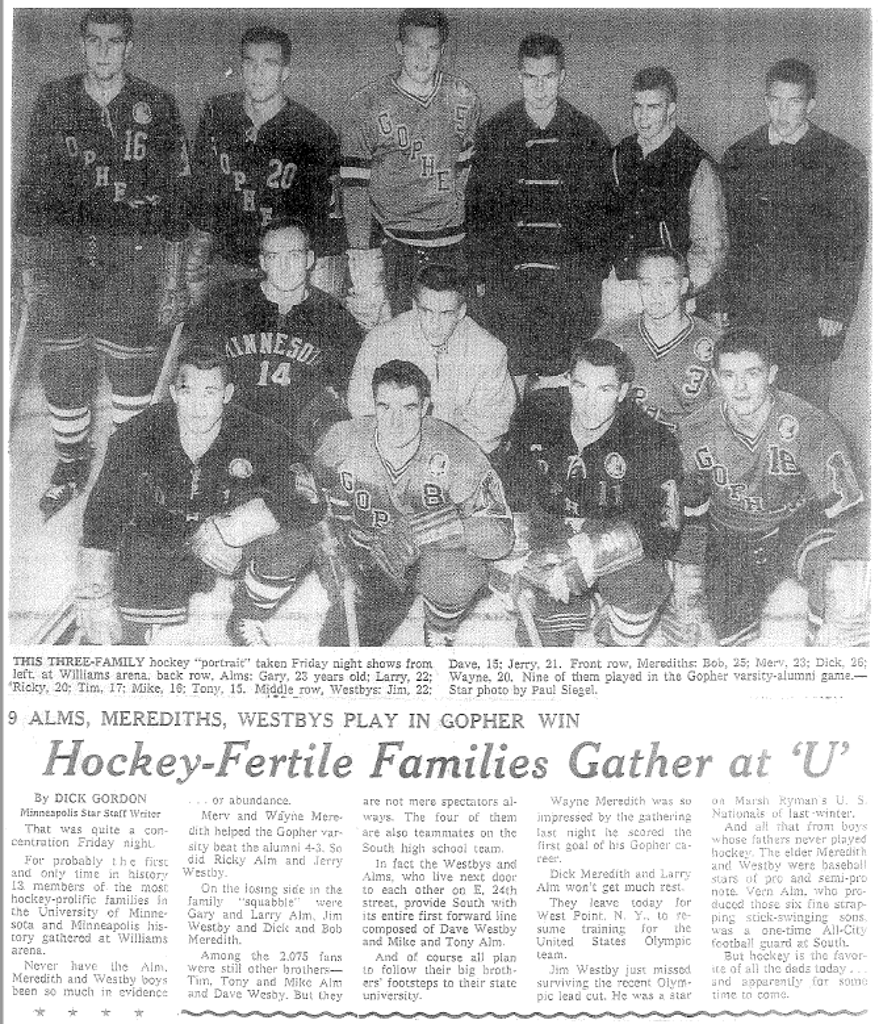 Minneapolis Proud - The Alm's, Westby's, and Meredith's made recruiting easy for John Mariucci and the U of Minnesota