Delaney Middlebrook’s father recalled a morning in their south Minneapolis home, 5 a.m., the middle of winter when Delaney woke him up. She had her roller blades on, shin guards and a helmet and was carrying a small plastic hockey stick.  “Let’s Play Hockey” she told her dad.  So off to the basement they went.  Delaney was three years old.  At four she began organized hockey in the Washburn Youth Hockey Mini Mite program at Parade Ice Arena, starting a career that would lead to her becoming one of the most accomplished female hockey players to ever come out of Minneapolis.

Middlebrook skated the next eight seasons for Washburn, culminating with the boys PeeWee team.  She also spent countless rink rat hours at her neighborhood rink, Pearl Park.  As a 12 year old seventh grader Middlebrook went from Washburn to a six year varsity career for St. Paul United where she became their all time leading scorer for a defensemen, a two time Minnesota High School All State player and the 2011 Athena Award winner at St. Paul Academy.  As United’s main offensive engine Middlebrook drew an extraordinary 162 penalties, including three majors in her final 75 high school games.  Her opponents learned that even though they knocked her down she always got back up.  Her drive and determination were always off the charts, particularly when considering she had to overcome a serious congenital heart condition which necessitated surgery at the Mayo Clinic in September 2010, the beginning of her senior year of high school.

In addition to her high school hockey accomplishments Middlebrook skated for elite teams in the off season that won major North American titles including NAHA, The Beantown, The 2 Nations Cup and the CCM High School NIT.  She then continued her hockey career as a four year NCAA Division One player, first at Niagara University and then three years at Rennselaer Polytechnic Institute (RPI) where she was academic all conference each year.

Middlebrook then became in the 2015-16 season the second female professional hockey player to come out of Minneapolis, beginning a 4 year career in Sweden initially skating for HV71. She then won the Swedish Championship in 2016-17 playing for Stockholm Team "Djurgarden", joining Fellow Hall of Famer Rick Erdall as the only players from Minneapolis to win the Swedish gold medal. While playing in Sweden Middlebrook also earned her Masters in Business Economics.

Middlebrook is proud of her hockey accomplishments, but emphasizes that she will never forget her origins in Minneapolis youth hockey, skating outdoors at Pearl Park and wearing the orange and blue of Washburn.  She is honored to be joining her hockey idol and mentor while growing up, Casey McMullen, in the Minneapolis Hockey Hall of Fame.

Have someone you think should be in the Hall of Fame? The Minneapolis Hall of Fame project is an ongoing project by the Minneapolis Storm to recognize some of the best Minneapolis players, coaches, and hockey people over the last 100+ years. Email steve@jecha.com with your nominations.

Visit the Hall of Fame by clicking here. 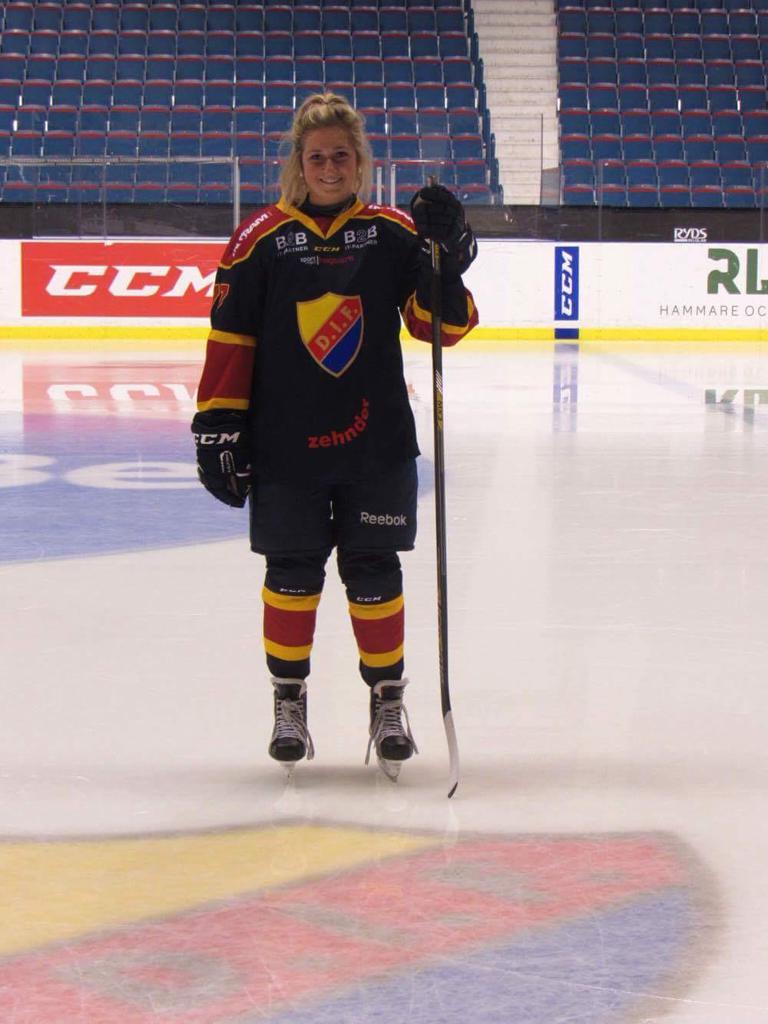 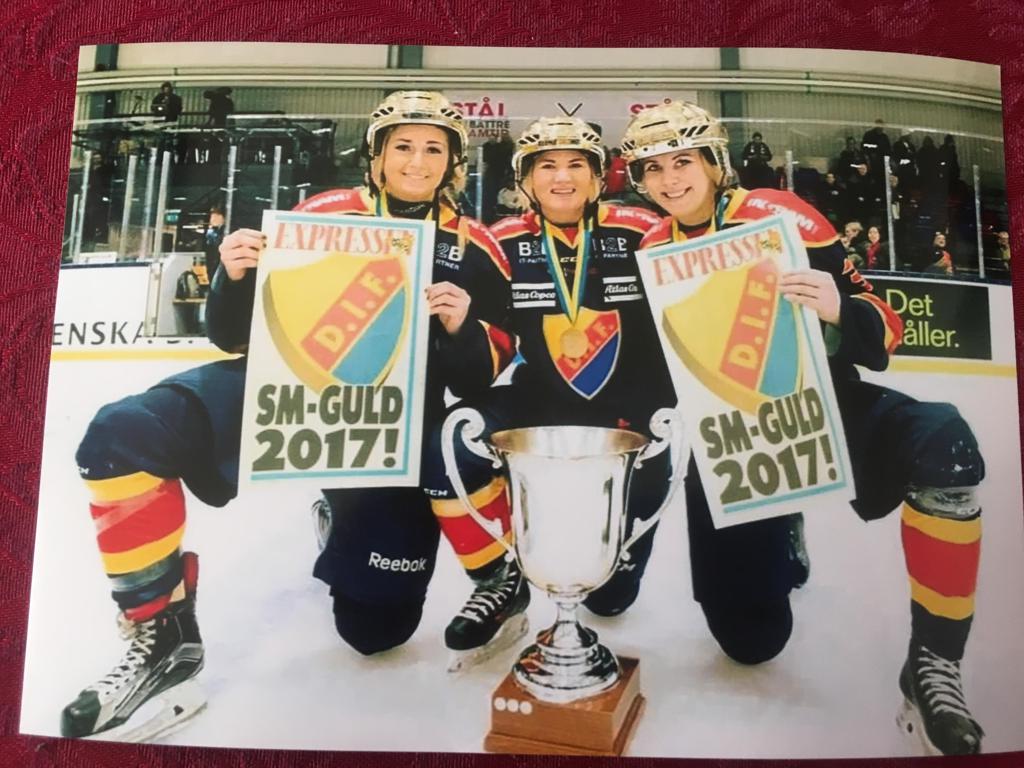 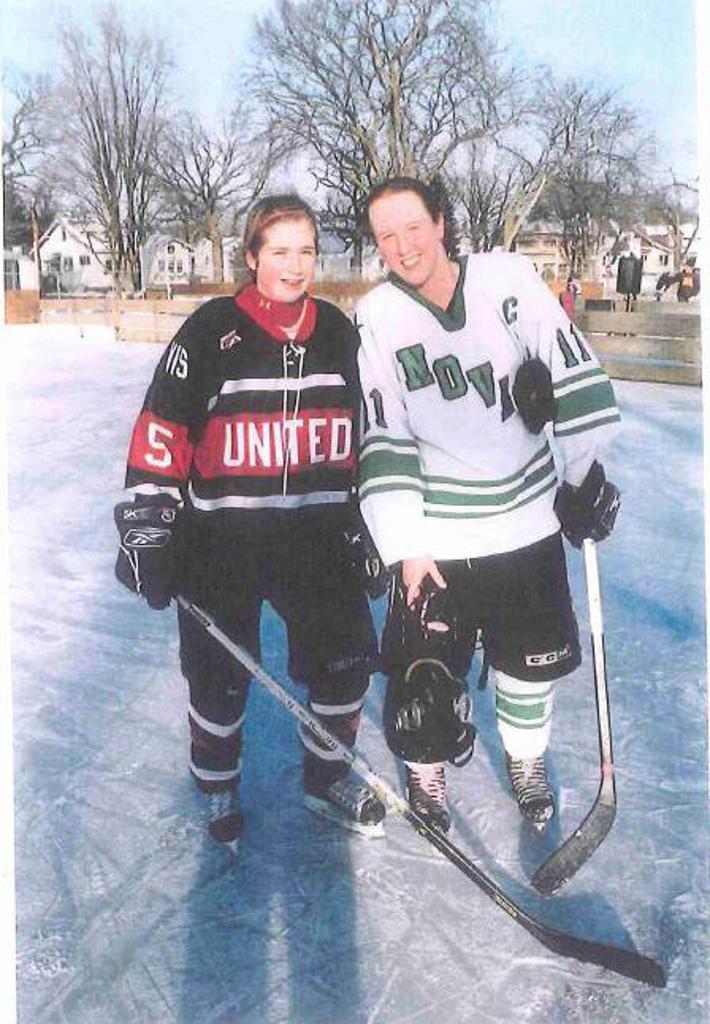 Middlebrook, as an eighth grader, with her hero and fellow HOFer Casey MacMullen 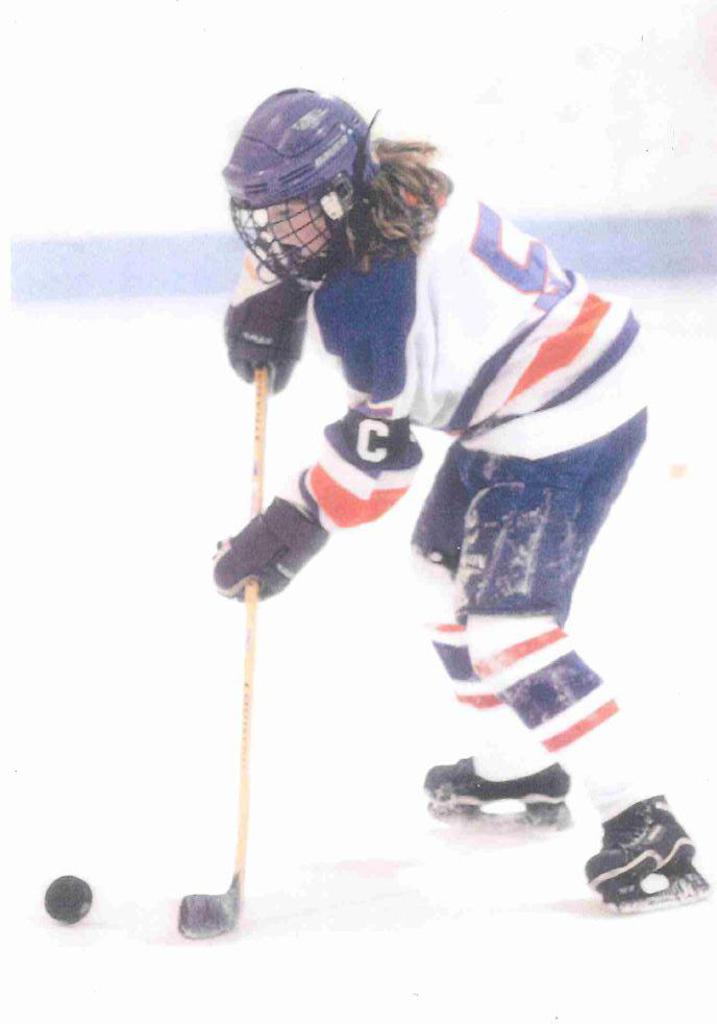 Middlebrook as Captain of her boys Peewee team 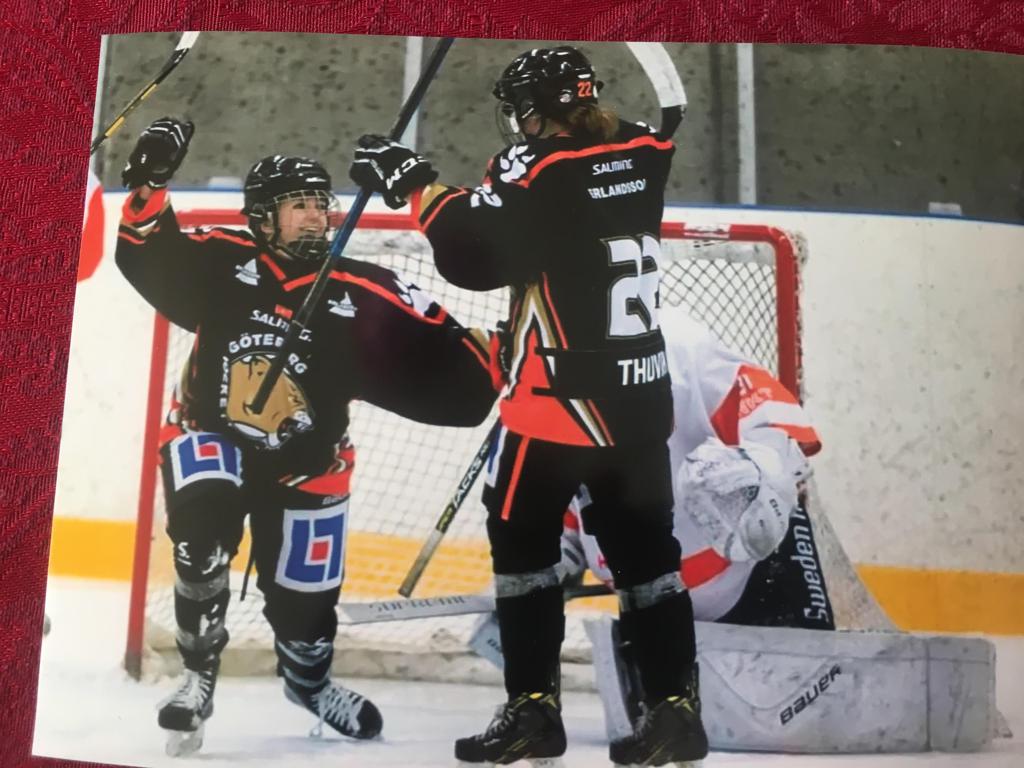 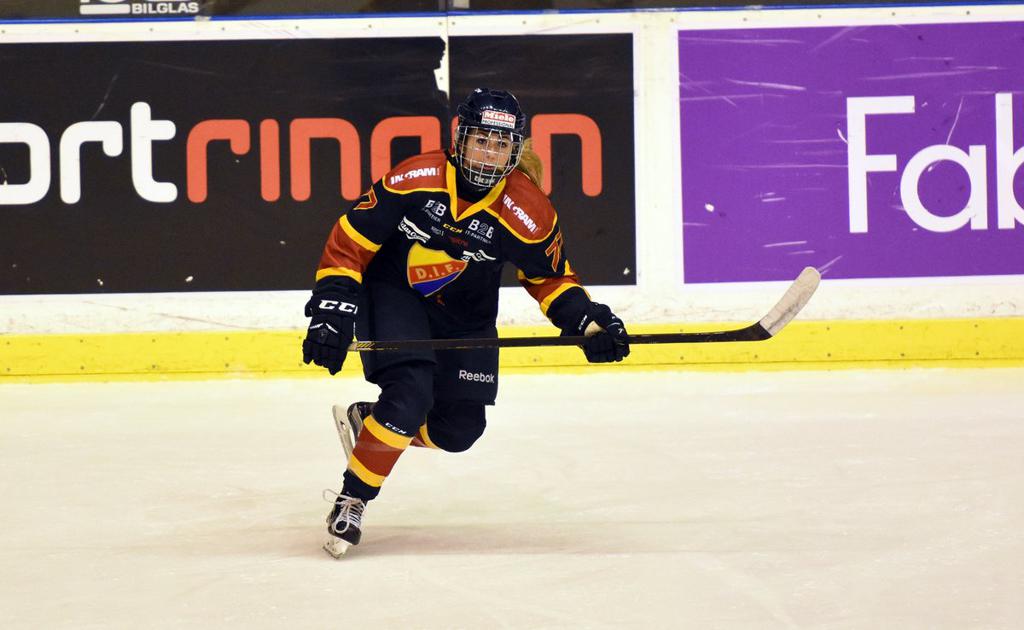 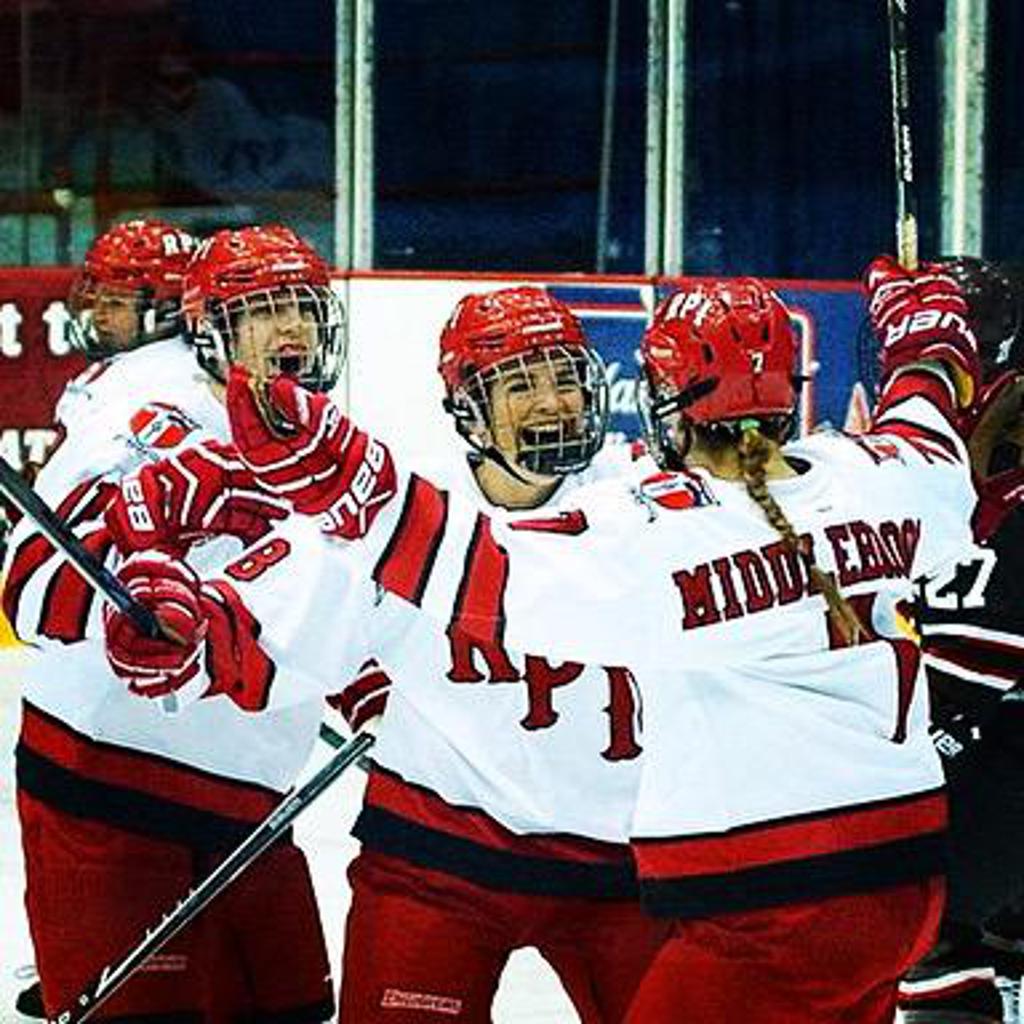 A stellar Division I hockey career with RPI 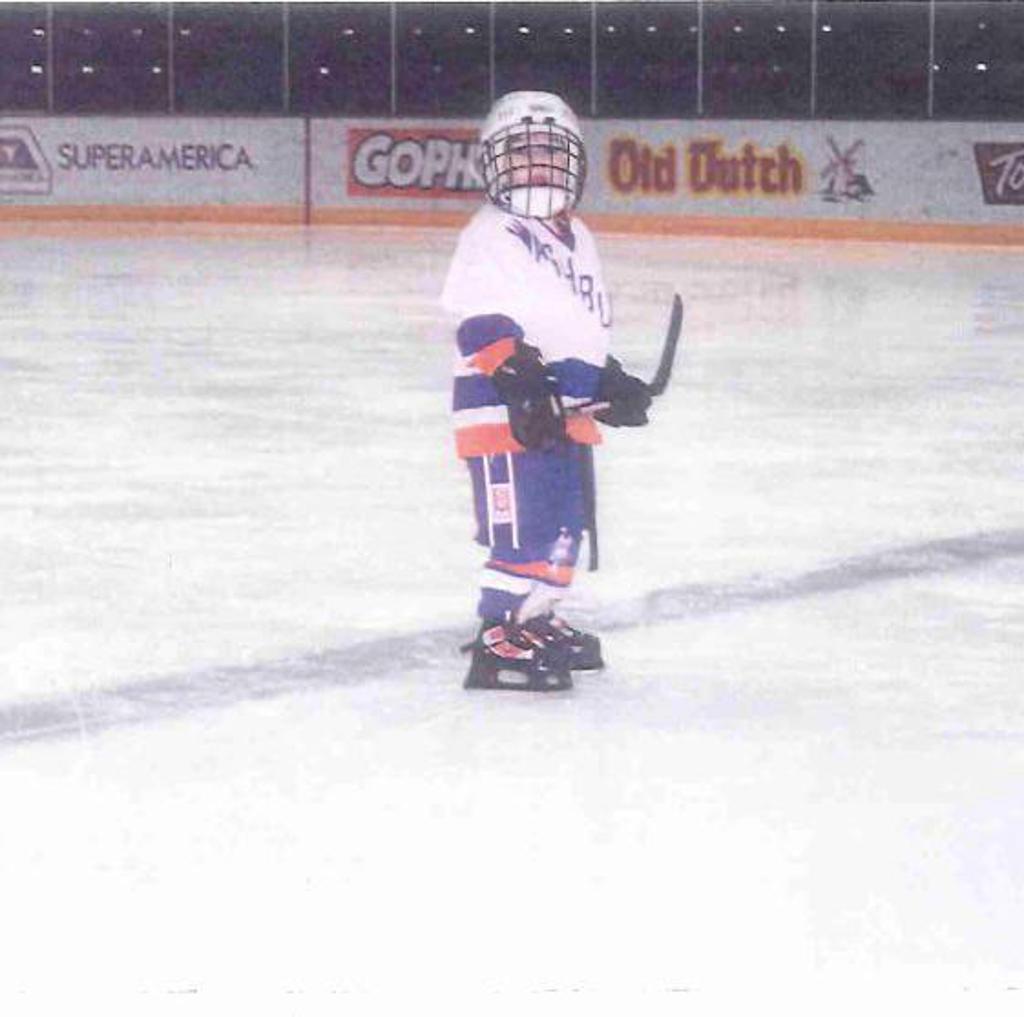 The Mighty Mite that one day would go Pro! 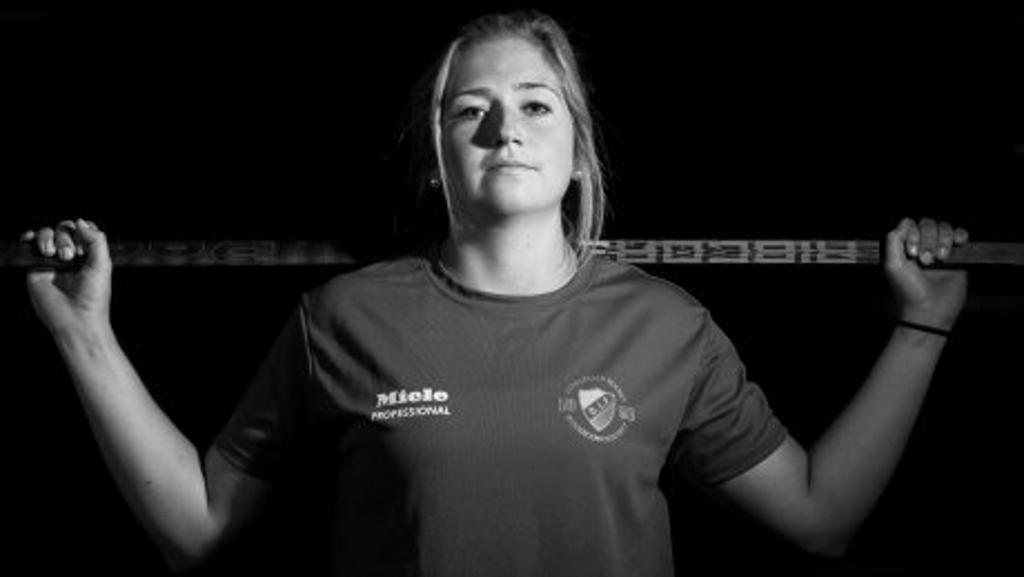