Jeff Rotsch began his hockey career both at Pershing Park and at the rink his father built in the backyard of their southwest Minneapolis home. He remembers walking to Pershing wearing his bunny boots and eskimo coat where he would then skate and play hockey for hours. When the park lights were turned off he would continue skating until 10:30 under the dim illumination of the street lights.

He was Captain of Southwest High’s team and led them to the state tournament. Rotsch then skated for Wisconsin where he also was Captain and an All American, leading the Badgers to  two NCAA Frozen Fours. He then was Captain of of two USA National Teams in the World Championships, 1972 in Romania and 1975 in West Germany.

In 1970 Rotsch was drafted by the St Louis Blues, the first Wisconsin player to ever be drafted by an NHL team, and in 1972 he was also drafted by  the Minnesota Fighting Saints. In 1973 he was assistant coach of the  NCAA Champion Wisconsin team.

Rotsch, however, was more than just a hockey player. He began working for General Mills in 1974, rising to President of several GM Divisions and ultimately the Head of General Mills World Wide Sales, becoming in essence a Captain of Industry.

Rotsch emphasizes how fortunate he was to play under two coaches who are fellow Minneapolis Hockey Hall of Famers, Dave Peterson at Southwest and Bob Johnson at Wisconsin. At Wisconsin he skated with fellow Hall of Famers Dave Arundel, John Taft and Bob Lundeen. On the 1972 USA Team he skated with Minneapolis Hall of Famer Charlie Brown and on the 1975 USA Team with  Lundeen and Taft. Three USA skaters, all from Southwest High, on the same World Championships team.

To prepare for the 1975 USA team tryouts Rotsch adopted a similar approach to his youth hockey days at Pershing Park. Each night he would go the local outdoor rink at 9 where he would skate, stickhandle and shoot for hours under the dim illumination of the street lights. Rotsch was not only immensely talented, he knew what was necessary to succeed. The Minneapolis Hockey Hall of Fame is pleased and proud to welcome The Captain, Jeff Rotsch. 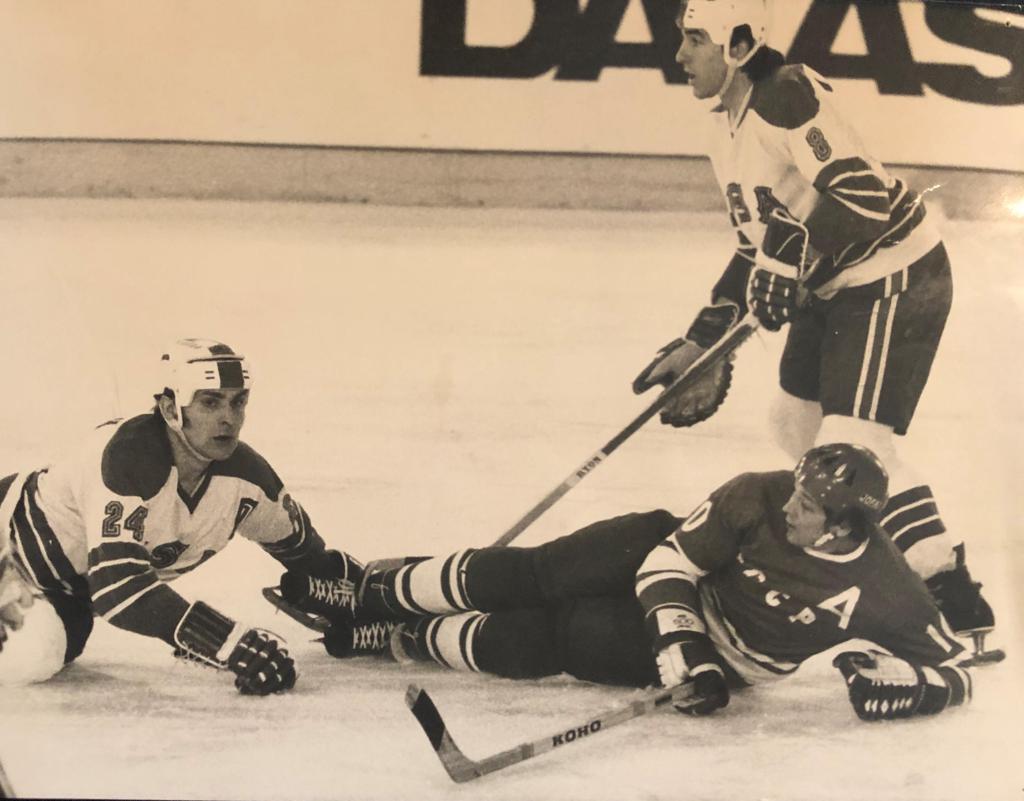 Rotsch collides with one of Russia's all time greats, Alexander Maltsev, as fellow Mpls Hall of Famer Bob Lundeen looks on. 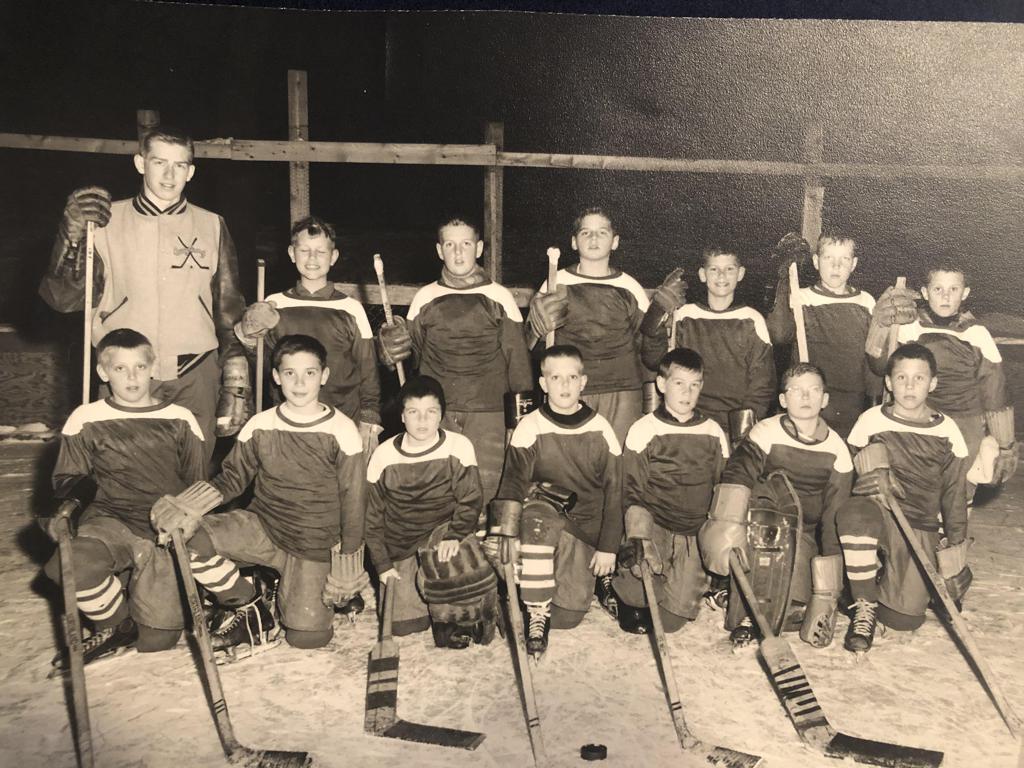 Tenth American ever drafted by the NHL when he was selected by the Saint Louis Blues in the 1970 Draft. 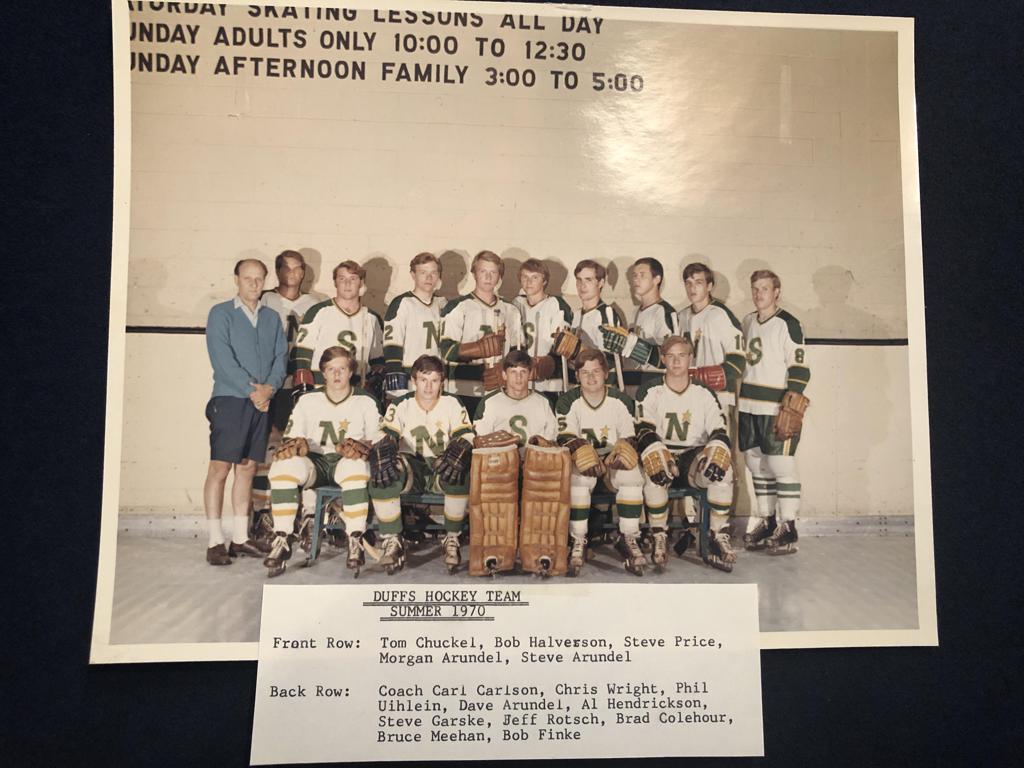 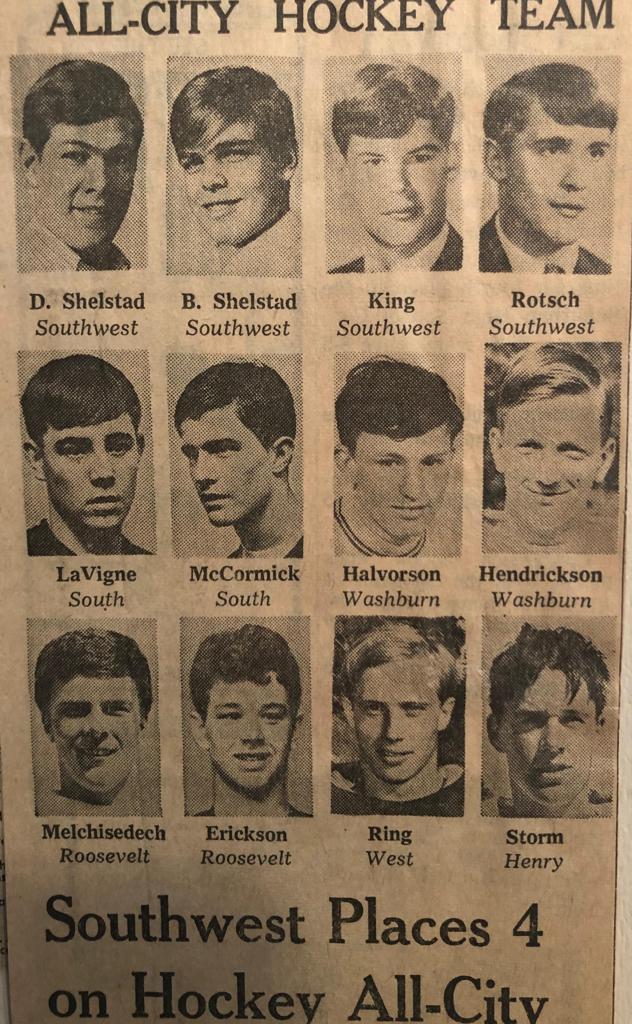 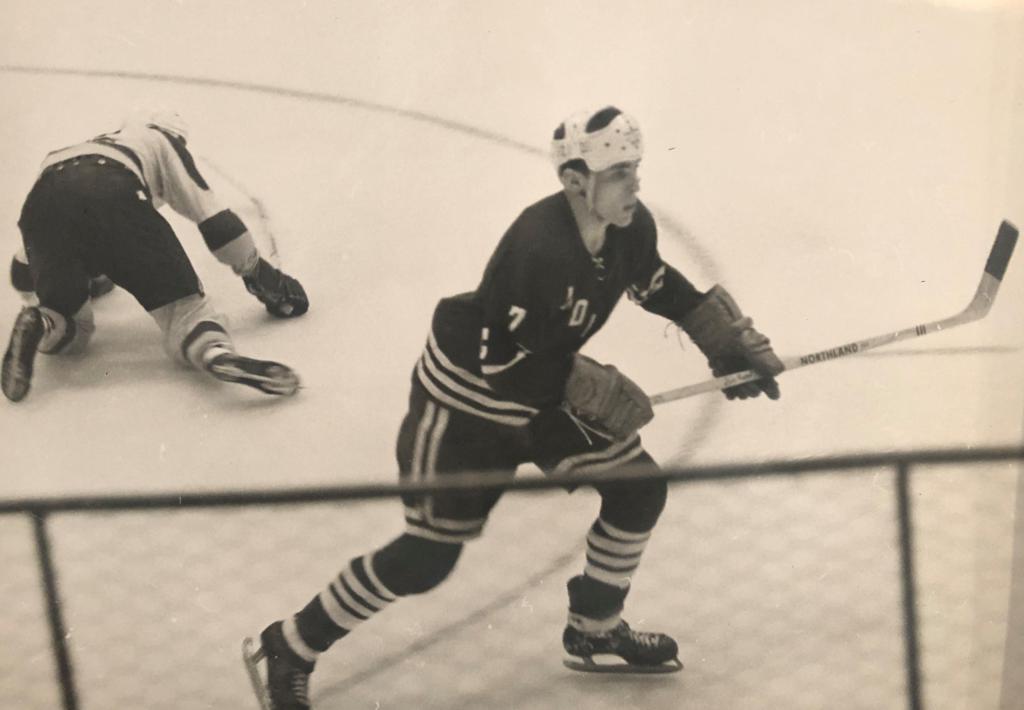 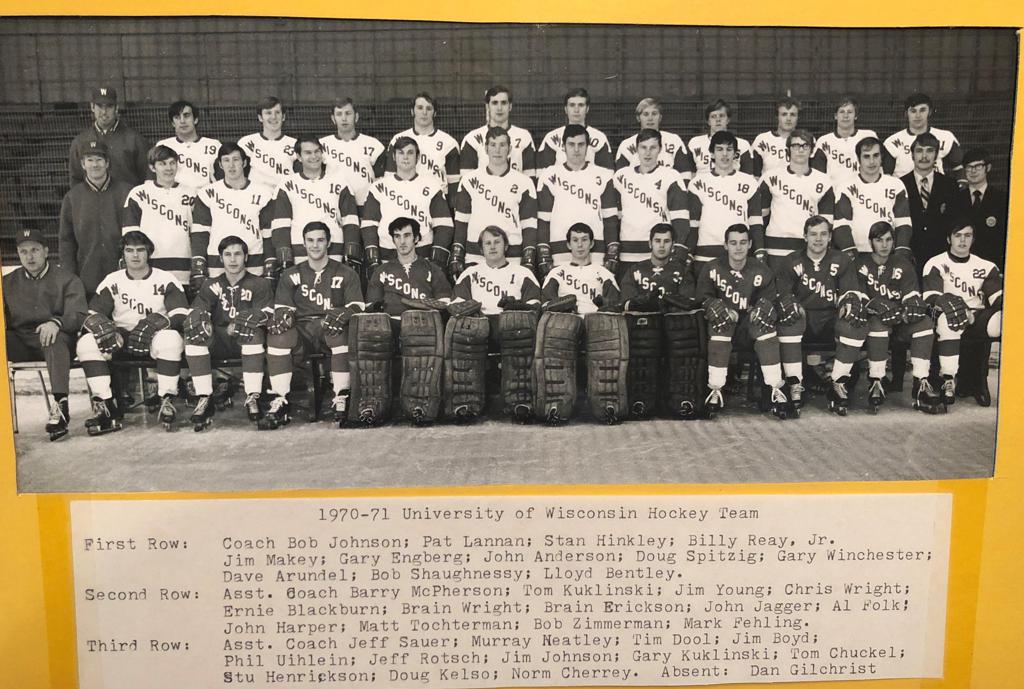 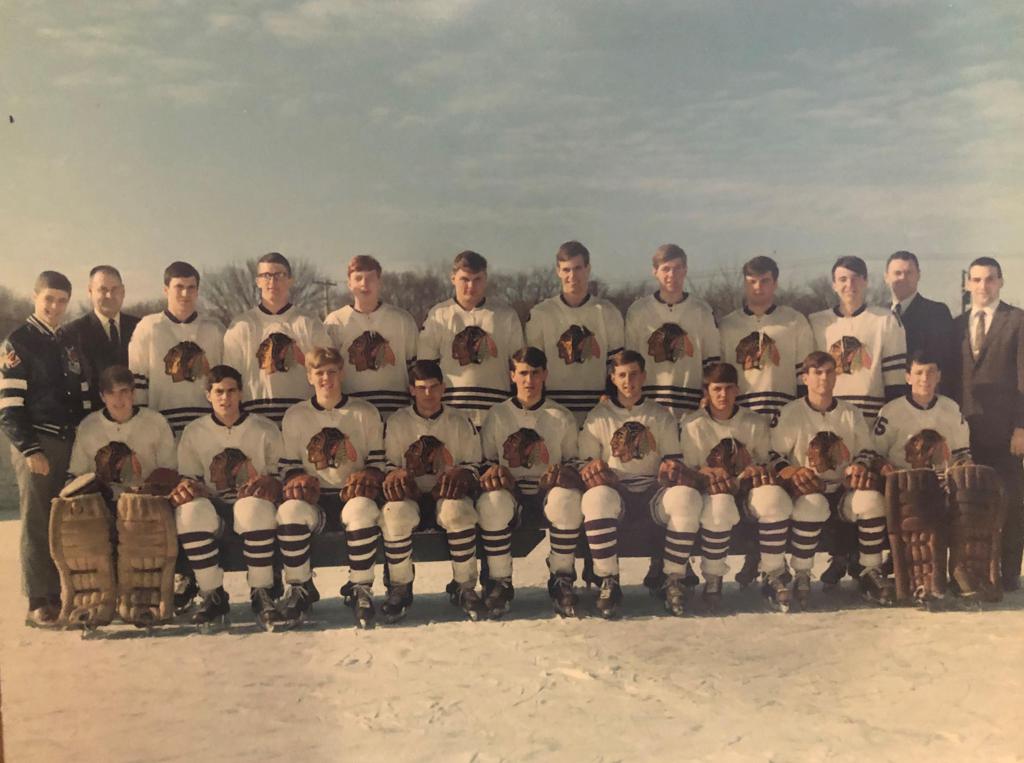 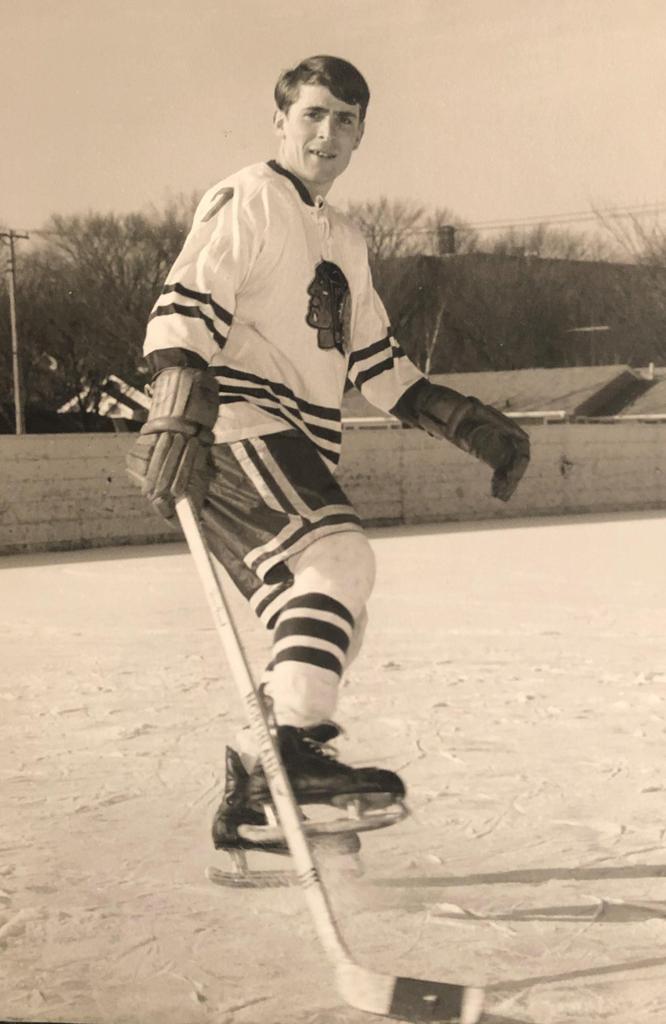 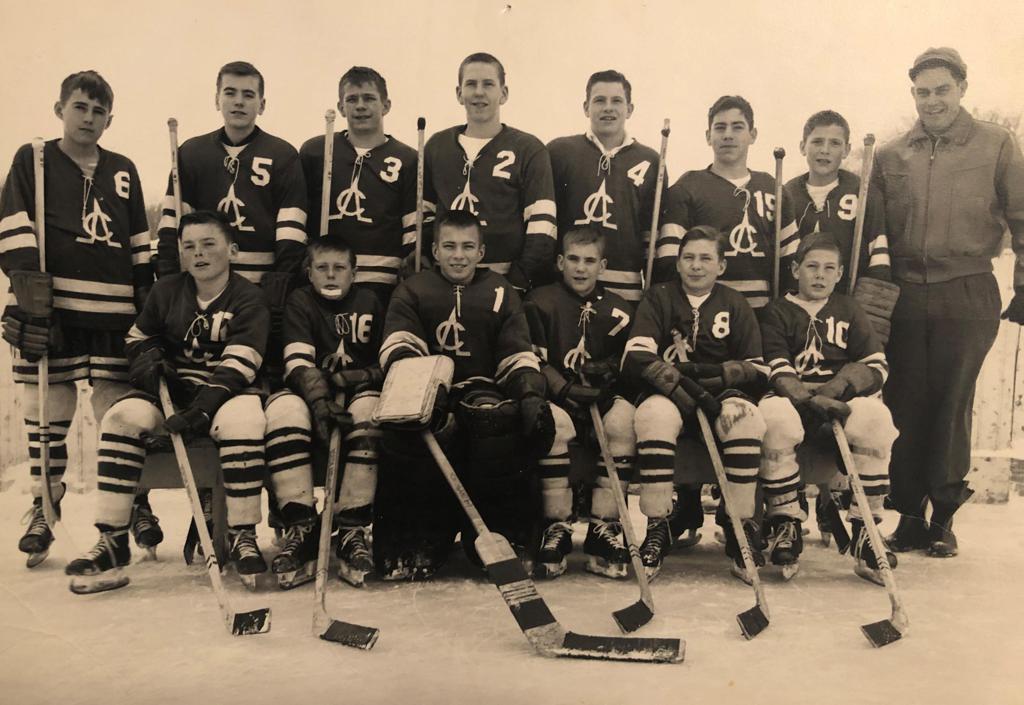 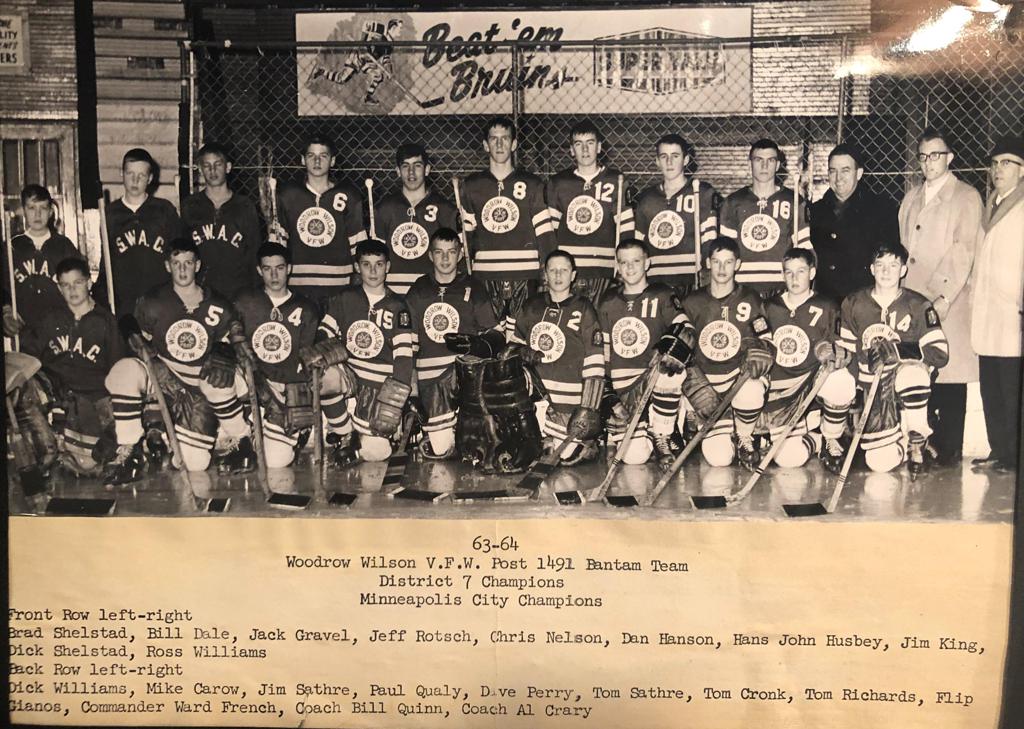 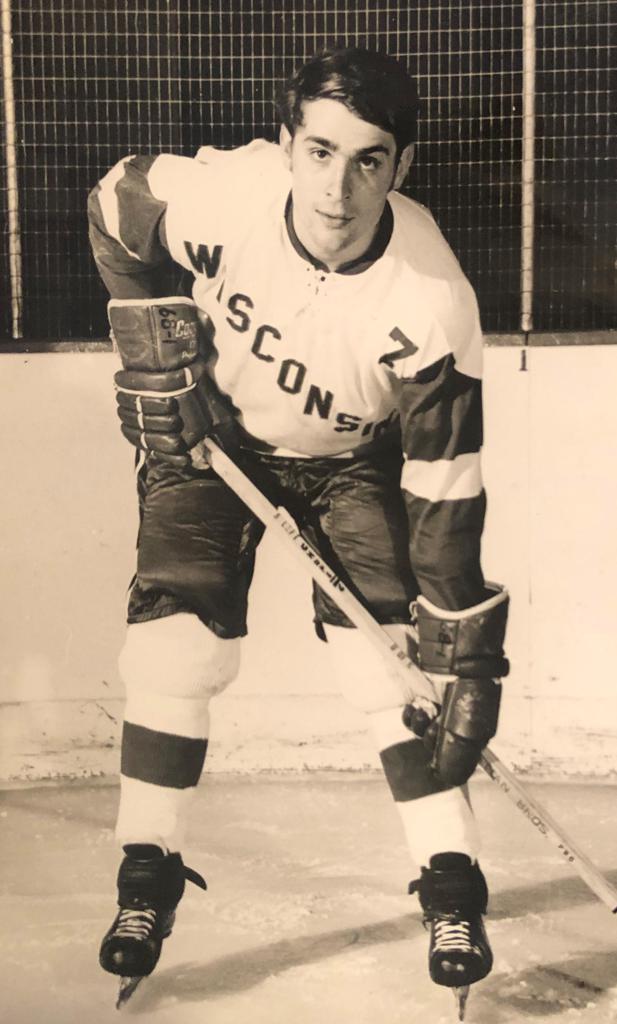 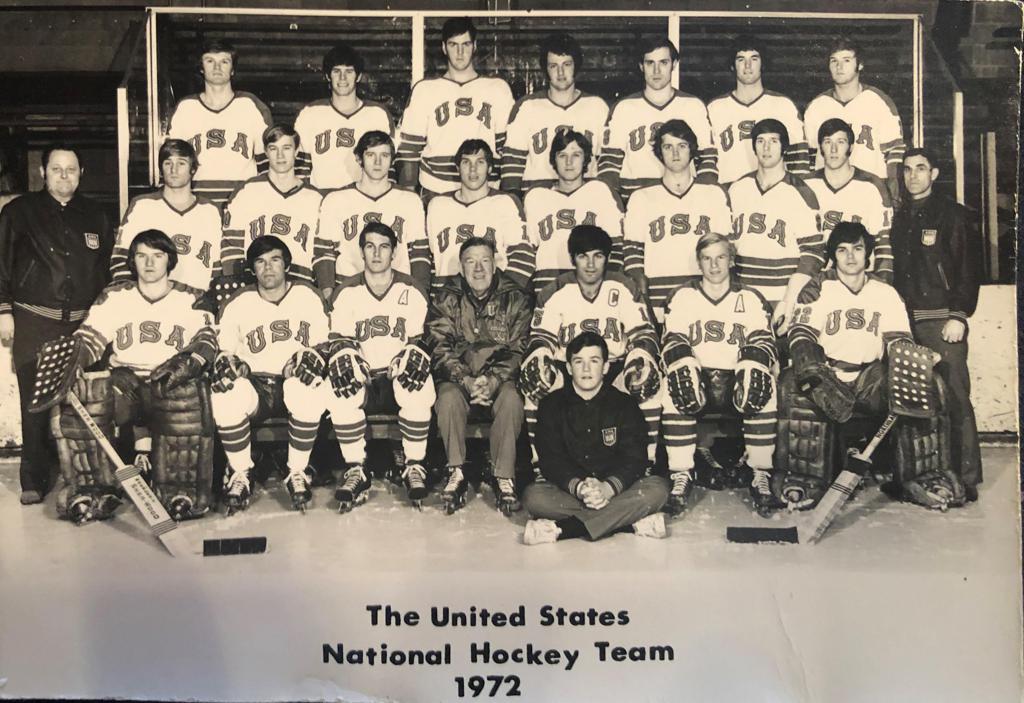 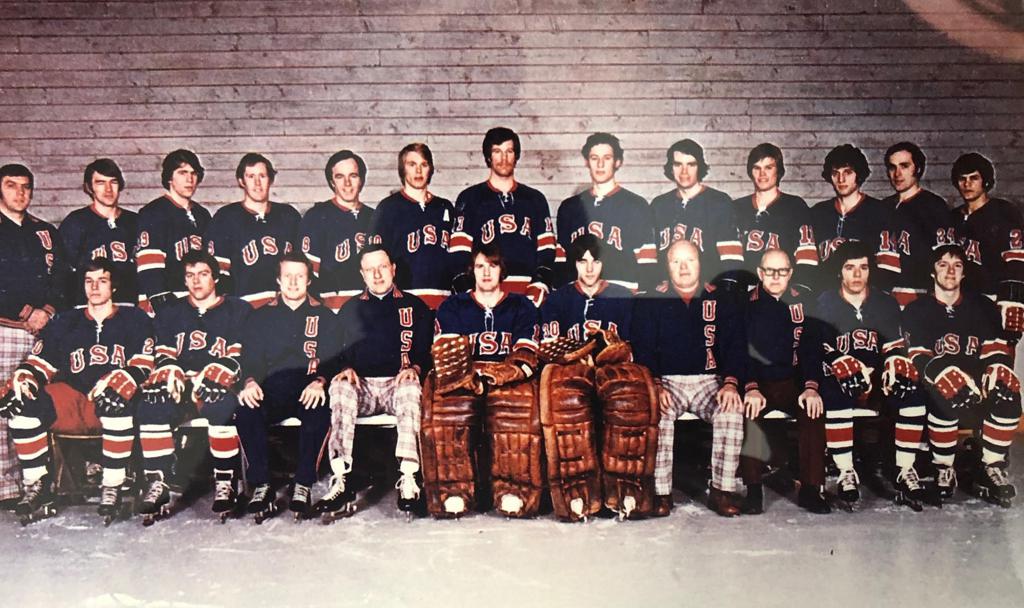 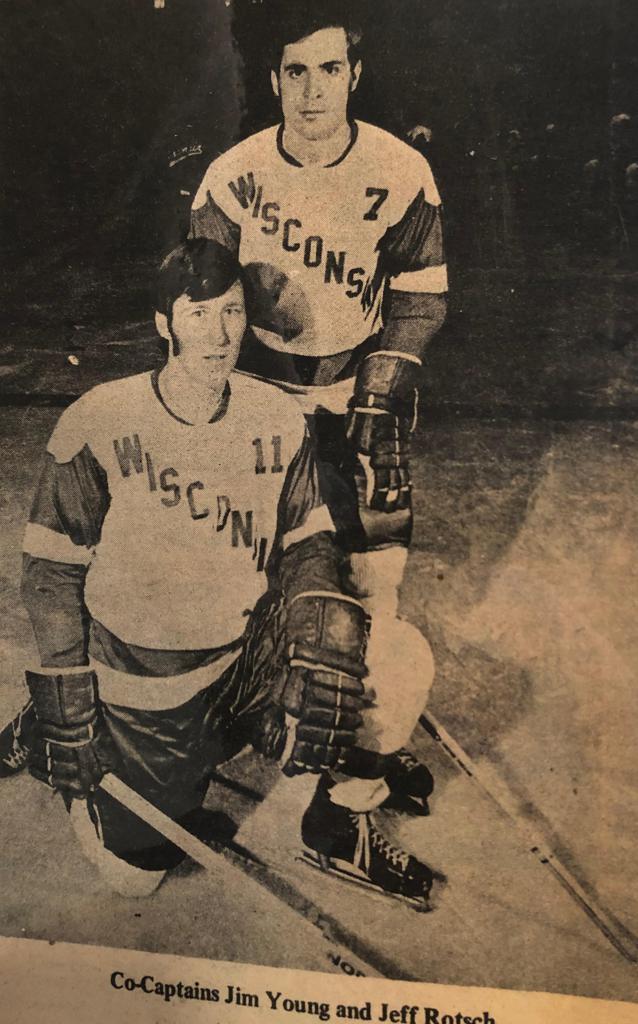 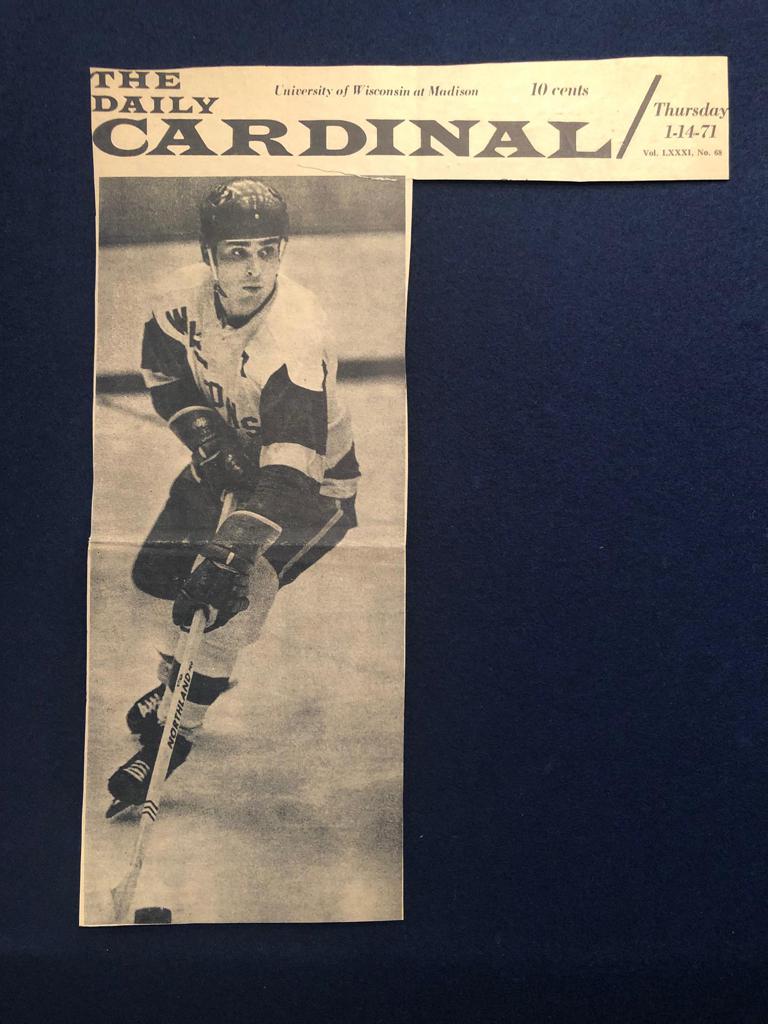