Dick Burg won 9 athletic letters playing football, hockey and baseball at Central High and as a senior was "All City" in all 3 sports.

Hockey, however, was his favorite sport. Burg grew up in south Minneapolis, skating at Nicollet Field(now Martin Luther King Park). "Everybody played" Burg recalls. "Either on the hockey rink or games out on the open ice. Every day in the winter after school, after dinner and all weekend".

Burg was also a speedskater and at 15 was the "Silver Skates" champion, which he credits with the longer stride that helped him in hockey.  Burg and his buddies often would head to Lynnhurst park for shinny hockey games where the Park Director would also set up some races among the hockey players....with the winners getting free hot dogs for themselves and their buddies. They were well fed as Burg was the secret weapon!

At Central High, in Burg's senior year 1954, he led the City Conference in scoring, including scoring 9 goals in one game. He then went to the U of Minnesota, intending to play 3 sports just as in high school. A shoulder injury in freshman football ended both his football and baseball careers so Burg focused on hockey, becoming an All American for Minnesota his senior year 1957-58.

After graduating from Minnesota Burg skated for the US National Team in both the 1959 World Championships in Prague and in 1961 in Geneva. He then completed his hockey career skating for the St Paul Steers.

Burg recalls two great joys from his years playing hockey. First, skating for the University of Minnesota and coach John Mariucci. Ten thousand fans would fill the arena when North Dakota came to play. An extraordinary experience. Second, skating for Central High. "We knew all the players who came before us. They were the pride of the neighborhood. We wanted to be just like them and compete for Central".  Dick Burg certainly achieved this goal on his way to a Hall of Fame hockey career. He is a Central High legend.

To find out more about Minneapolis Hockey's amazing history, visit the Hall of Fame - CLICK HERE 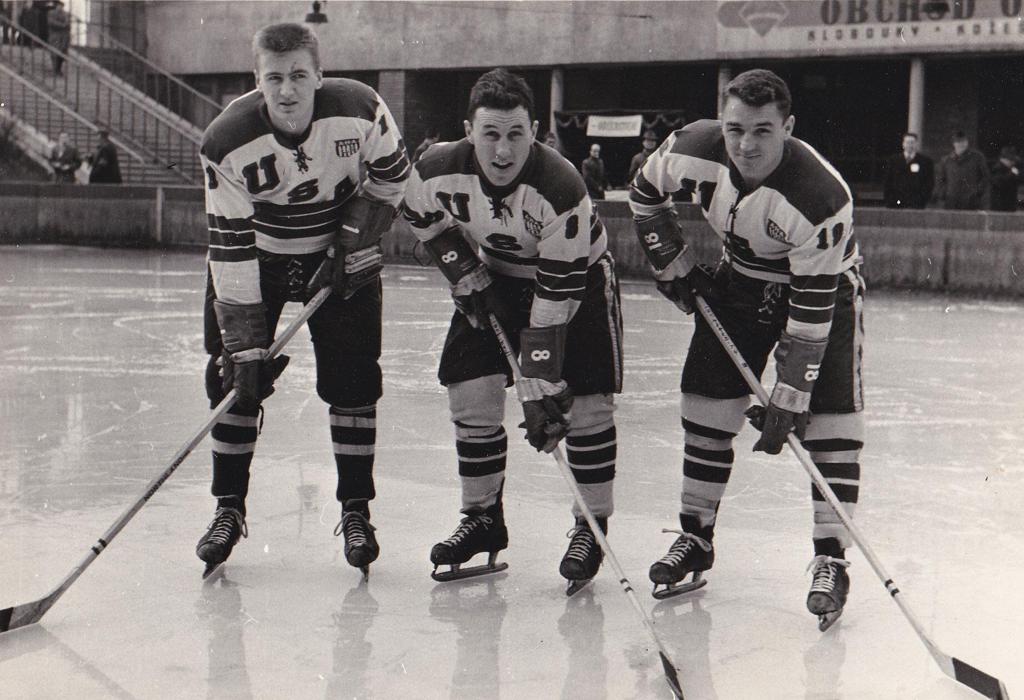 Burg (center) at the World Championships in Prague, Czechoslovakia 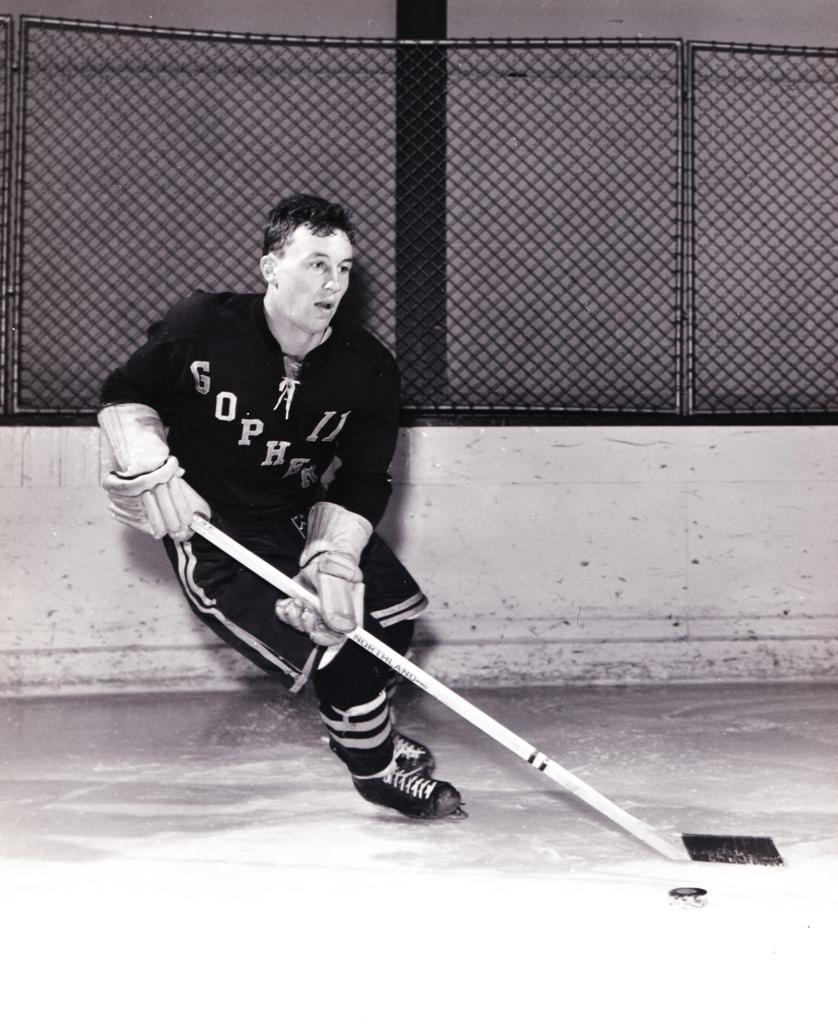 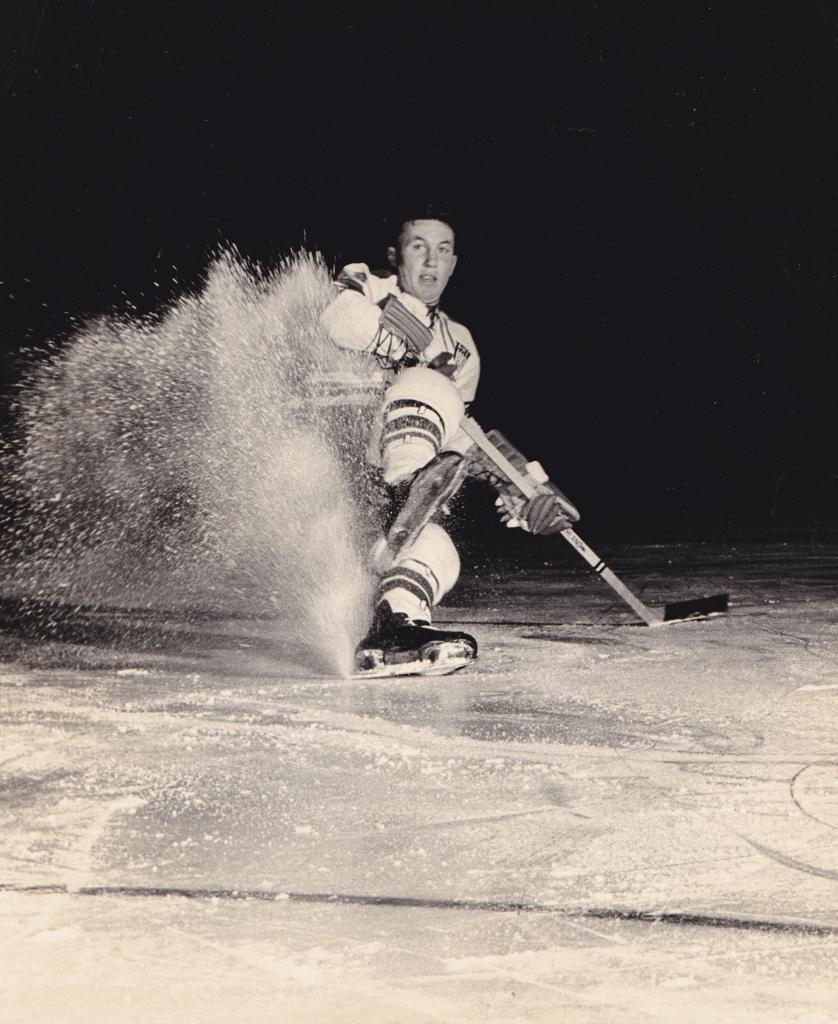 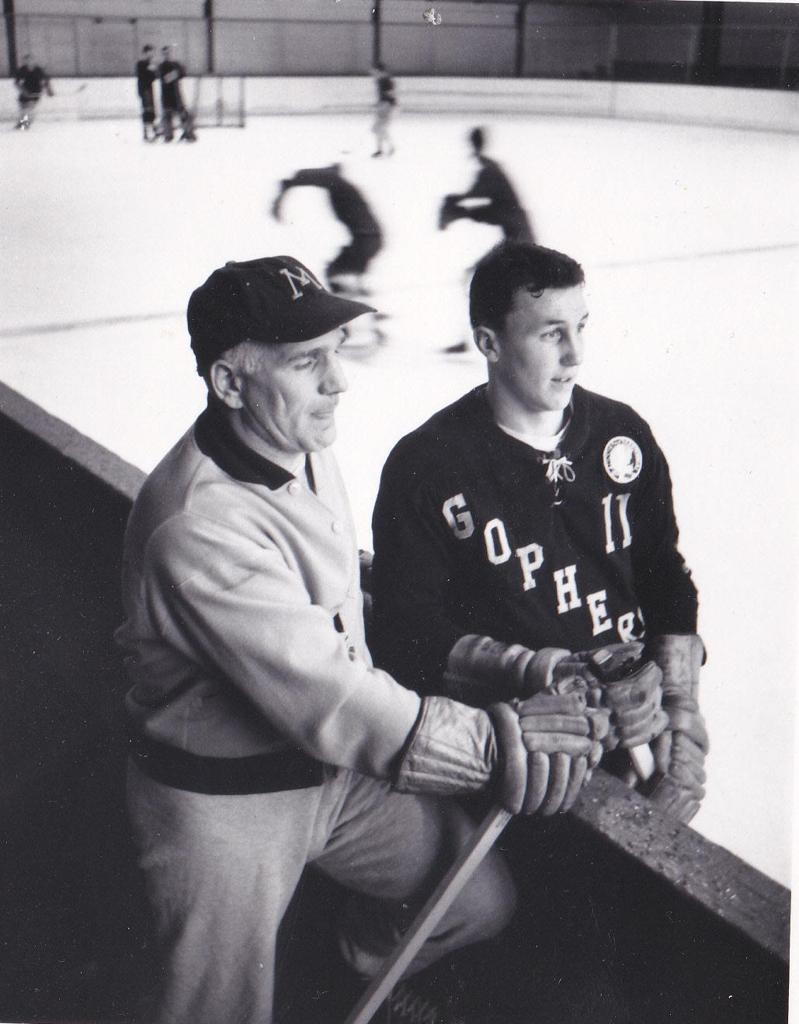 Burg with the legendary John Mariucci 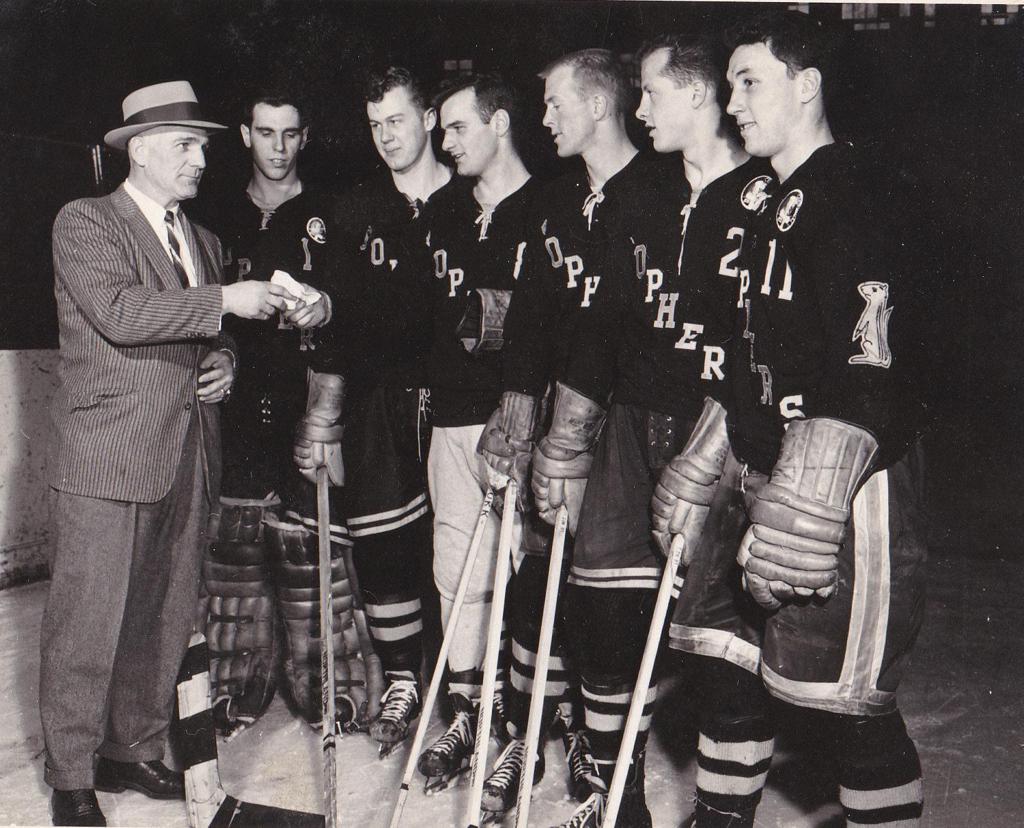 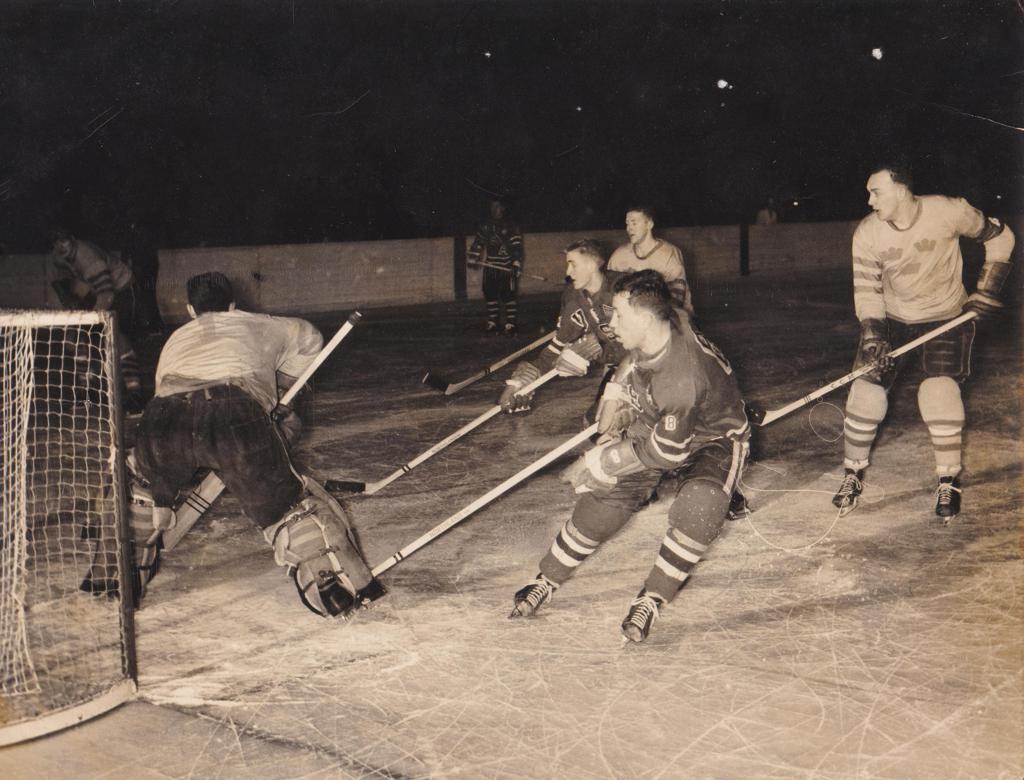 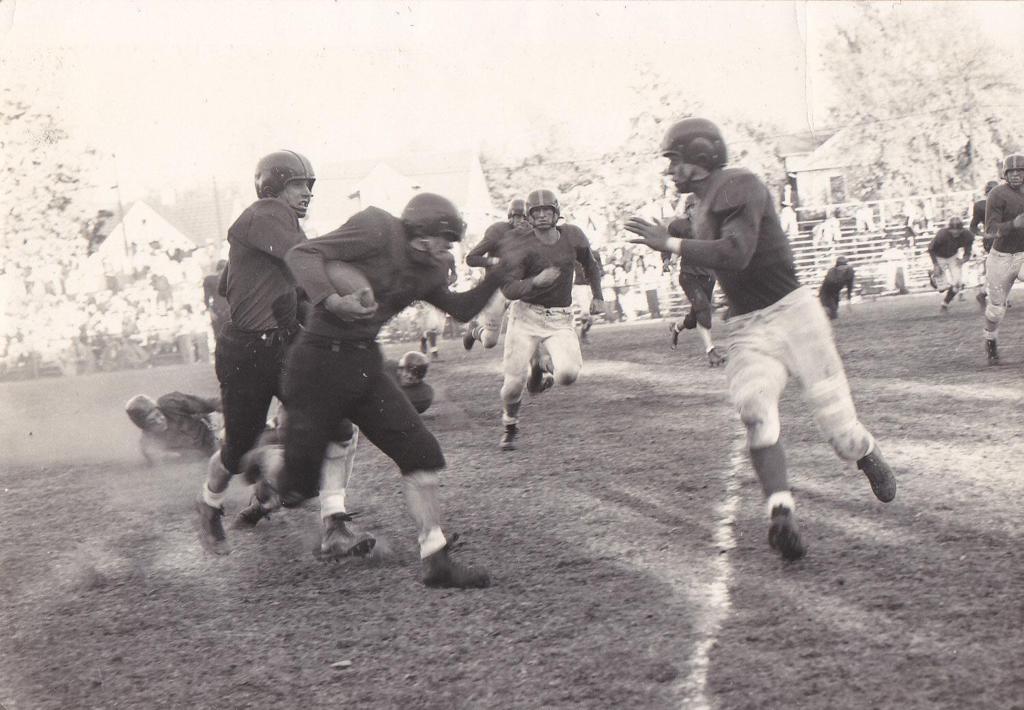 All City in Football, Baseball....AND Hockey! Burg with ball running for Central 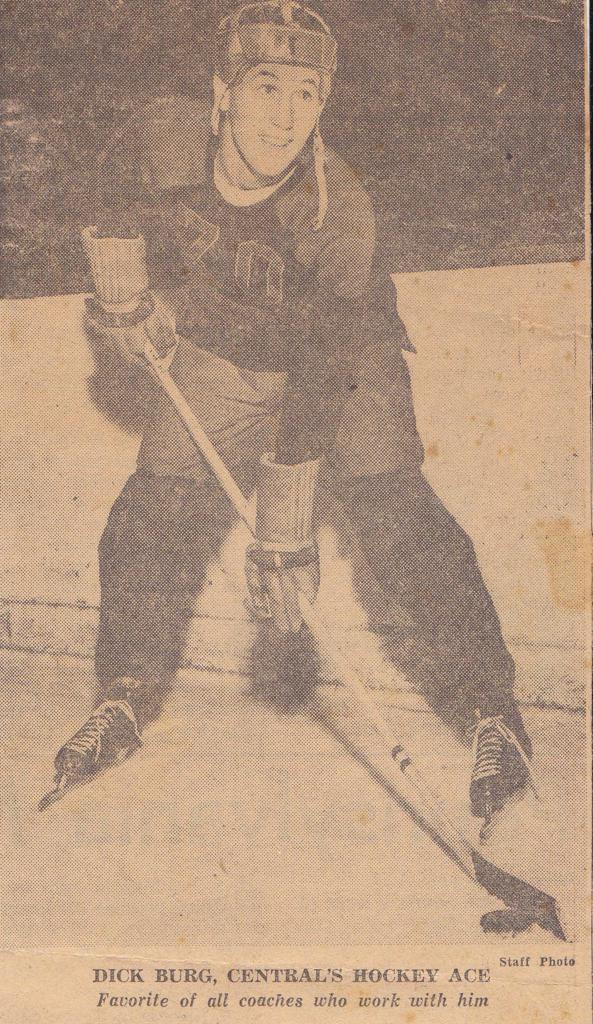 Fastest player in town! Burg posed for this Startribune story with his speedskates on! 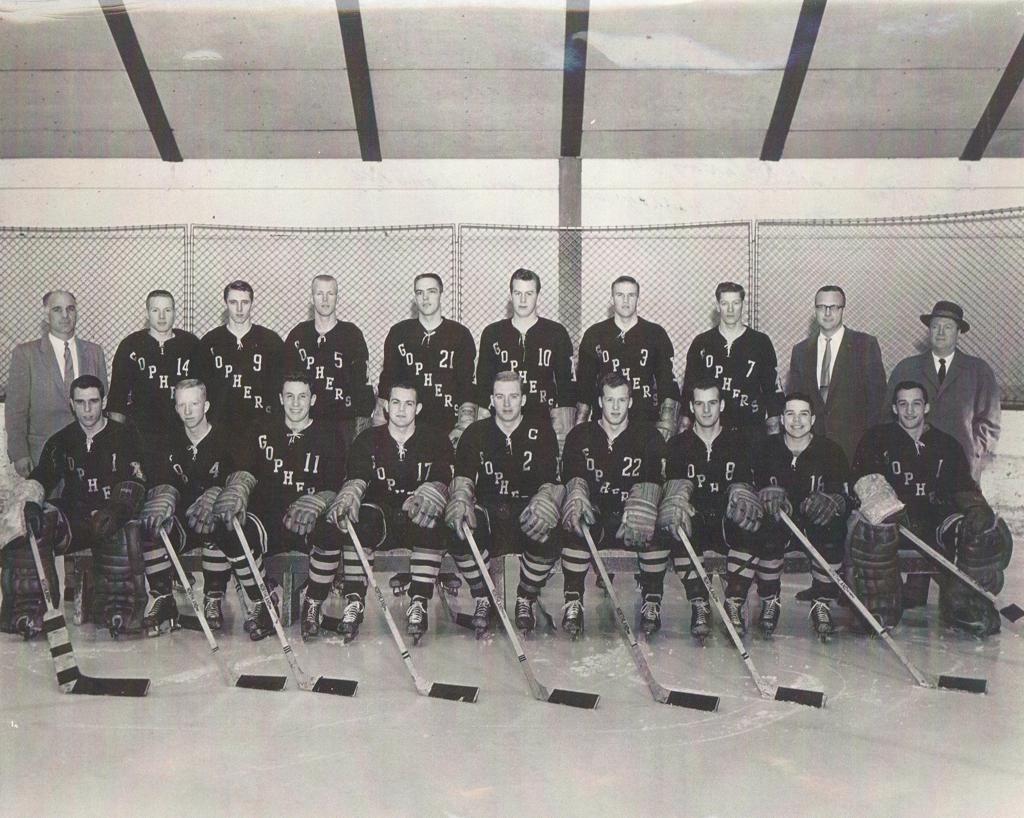 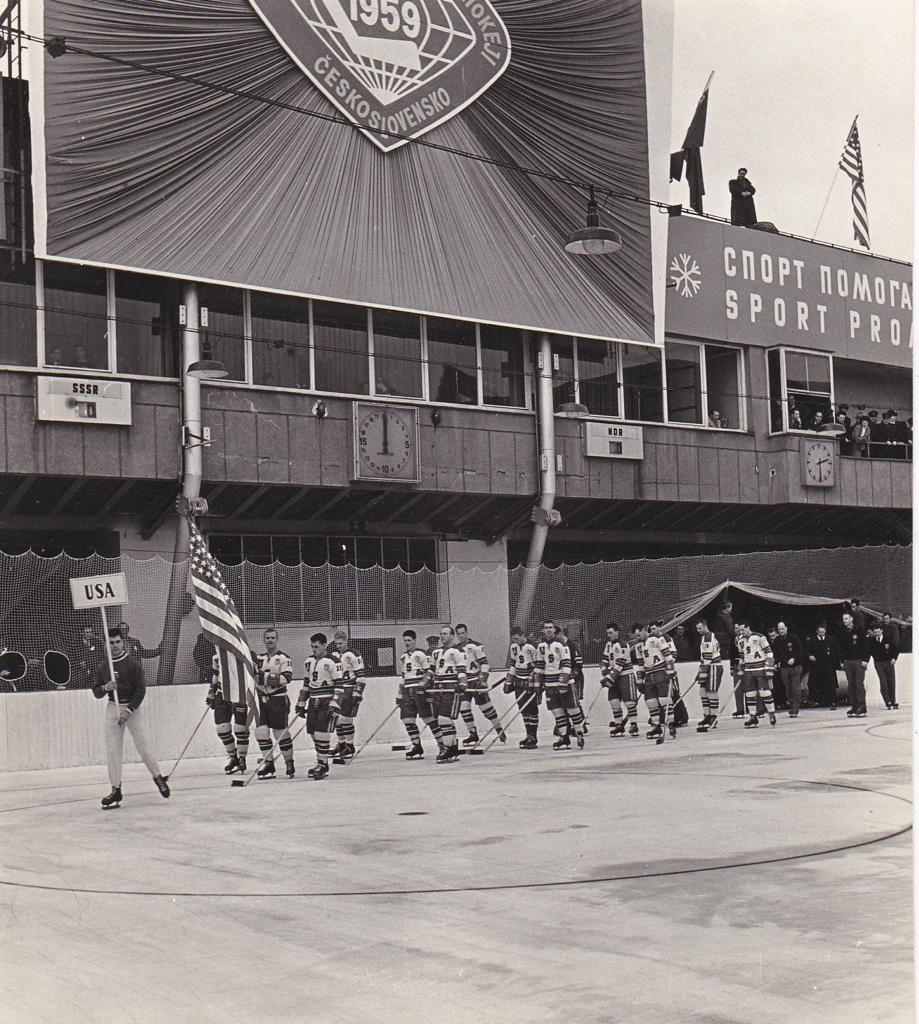 Team USA hits the ice in Prague for the World Championships 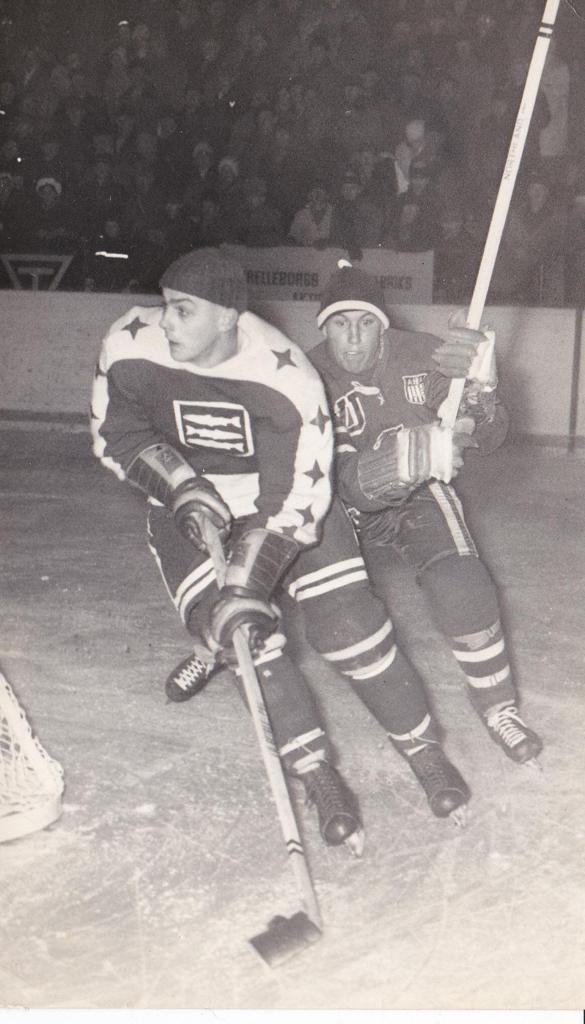 A giant Finnish player tries to elude the speedy Burg 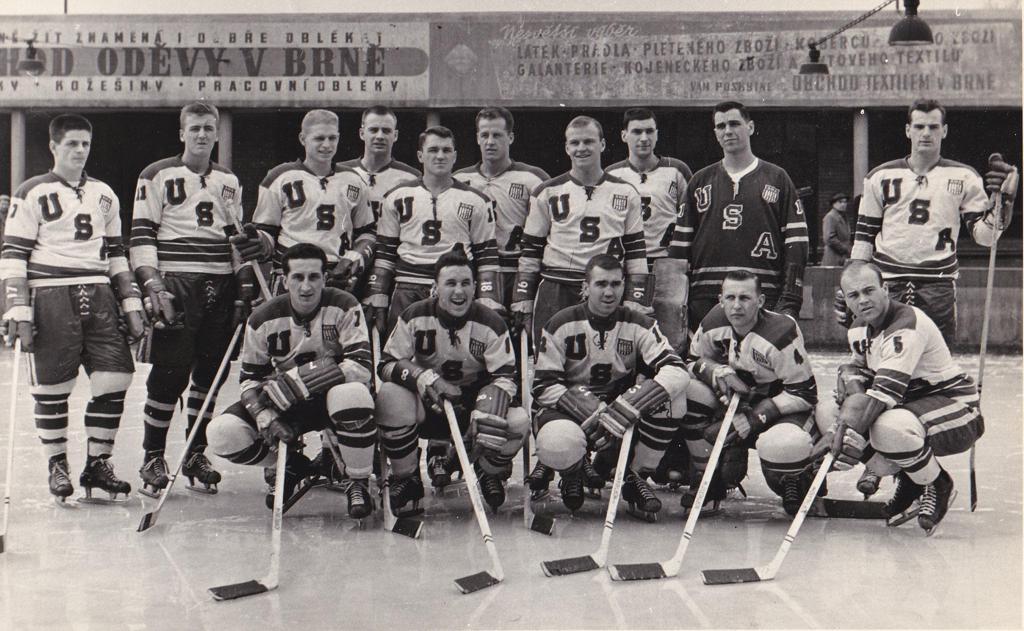 Team USA poses for a casual photo in Prague 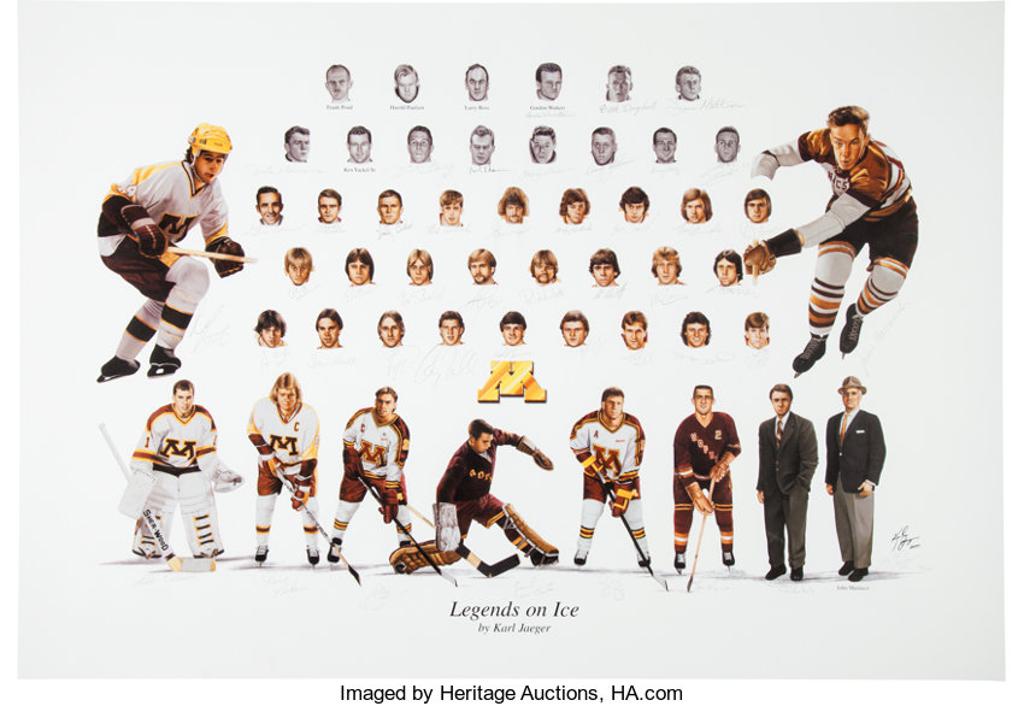 Minnesota's All Americans - An exclusive crowd that includes Burg!