A Goalie So Good He Was Blocked From Playing In the NHL!

Hubert "Hub" Nelson was born in 1907, when Minneapolis hockey was in its infancy. He was born to be a Goalie.  Before he even owned a pair of skates Nelson would walk across the street from his home in northeast Minneapolis to Logan Park. There, at the age of 12, he would strap Life magazines to his shins and play goalie in just his winter boots.

Nelson did have both skates and goalie pads by the time he was playing for Edison High School, where he was the All City goalie in 1925 and 1926. In 1931 Nelson began his pro career playing for the Minneapolis Millers, who he would ultimately tend goal for for five seasons. Nelson's greatest years as a pro were with the St . Louis Flyers in the American Hockey Association. He was named to the league All Star team 8 times and had a career goals against average of 1.87, shutting out his opponents in 25% of the games he played. In the 1938-39 season he posted an extraordinary 18 shutouts in 49 games for the Flyers.

The Chicago Blackhawks attempted a number of times to purchase Nelson's rights from the Flyers but were rebuffed each time as Nelson was considered essential to the Flyer's success. Consequently Nelson never played in the NHL even though he was considered one of the best goalies of his era. This was a tremendous disappointment to Nelson. Hub's closest chance was in 1942 when he was selected by the NHL to be the playoff's substitute goaltender...but he never got in to a game.

World War II came and Nelson was drafted at the age of 35. Although he owned two gas stations in North Minneapolis, he joined the Coast Guard who quickly recruited Nelson to play for their hockey team, The Coast Guard Cutters (each branch of the service had their own team). Nelson was named MVP of the league.

One of his Cutters teammates was U of MN legend John Mariucci. They became best friends. When the war ended and Nelson and his long time sweetheart Ione married, Mariucci was the Best Man. Their friendship continued with Nelson as the goalie coach for Mariucci's Golden Gopher hockey teams.

The Nelsons then raised their children in Golden Valley. There was a pond in the back yard that he turned into a rink complete with homemade goals. His walkout basement became a warming house where the neighborhood kids would put their skates on.

Nelson loved Minnesota High School hockey and went to all the State Tournaments until his passing in 1981. Hub Nelson remains, 94 years after graduating from Edison High, one of the greatest goalies to ever come out of Minneapolis. 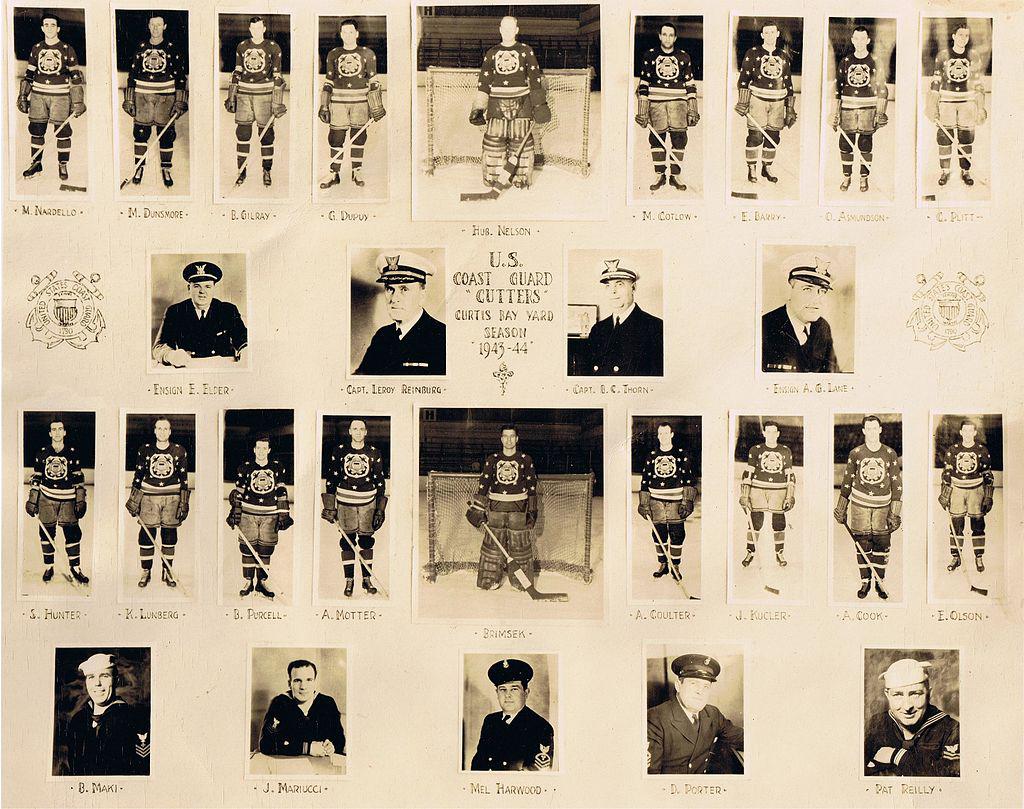 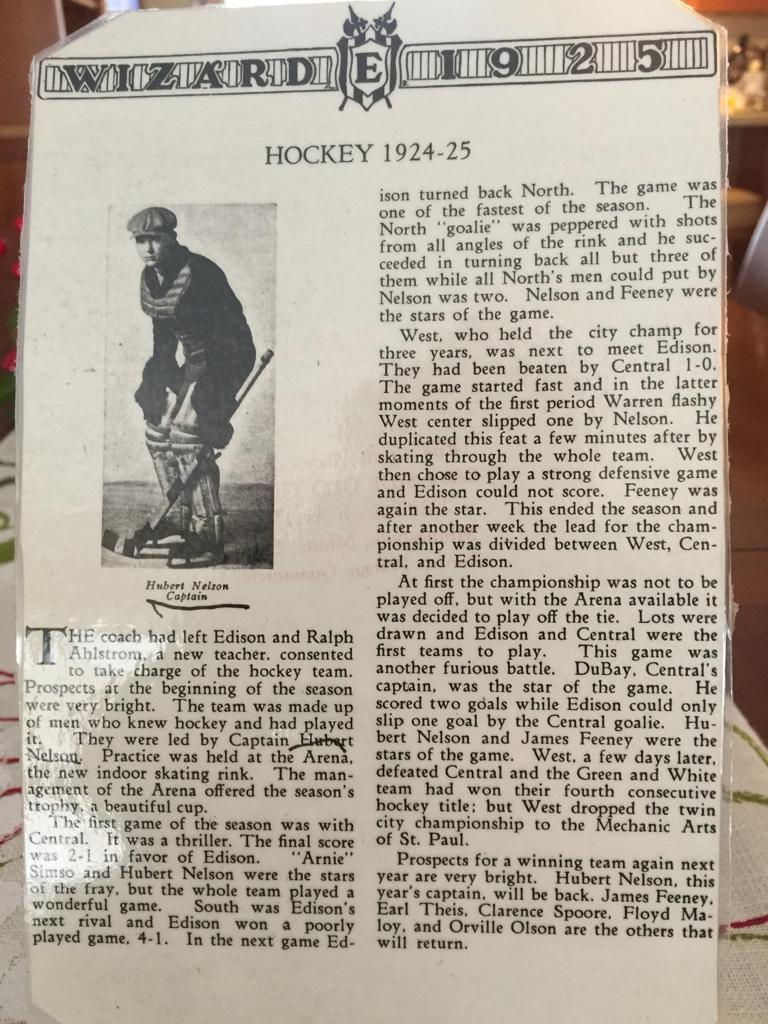 1978 - Inducted into the USA Hockey Hall of Fame 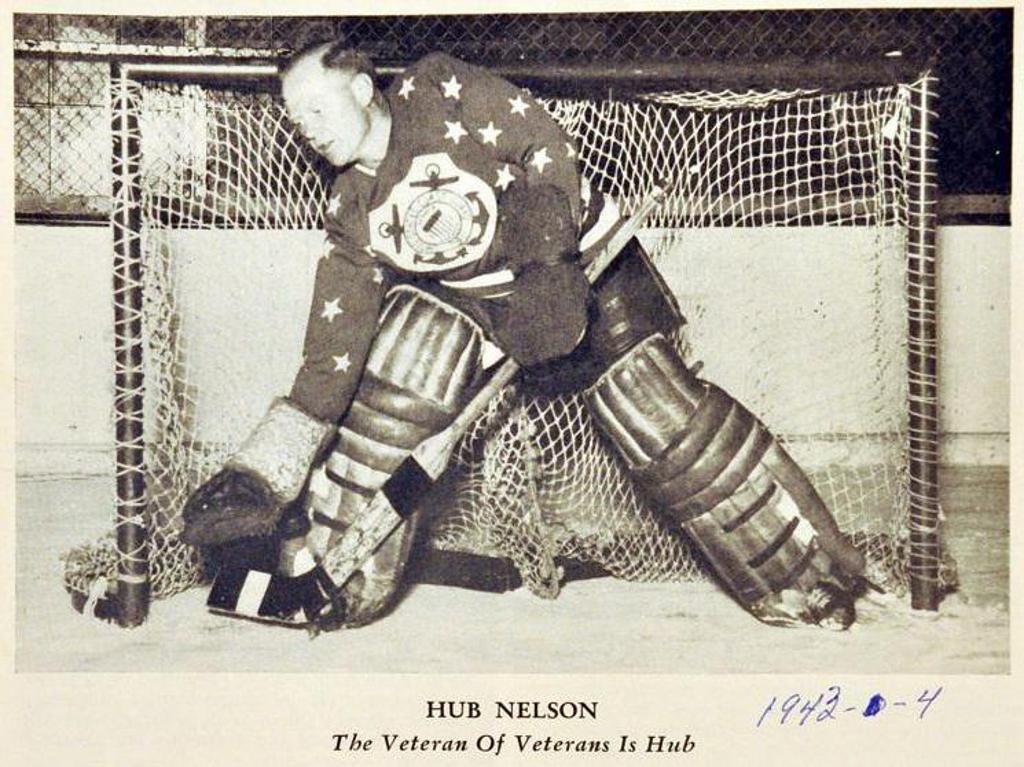 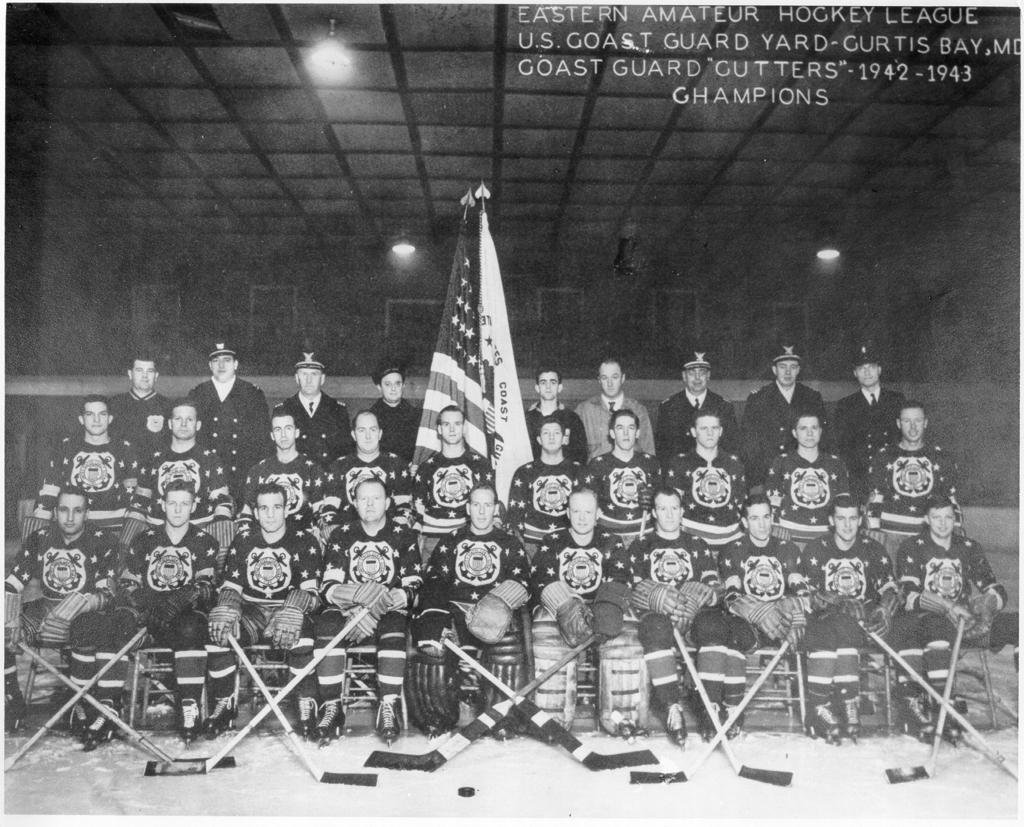 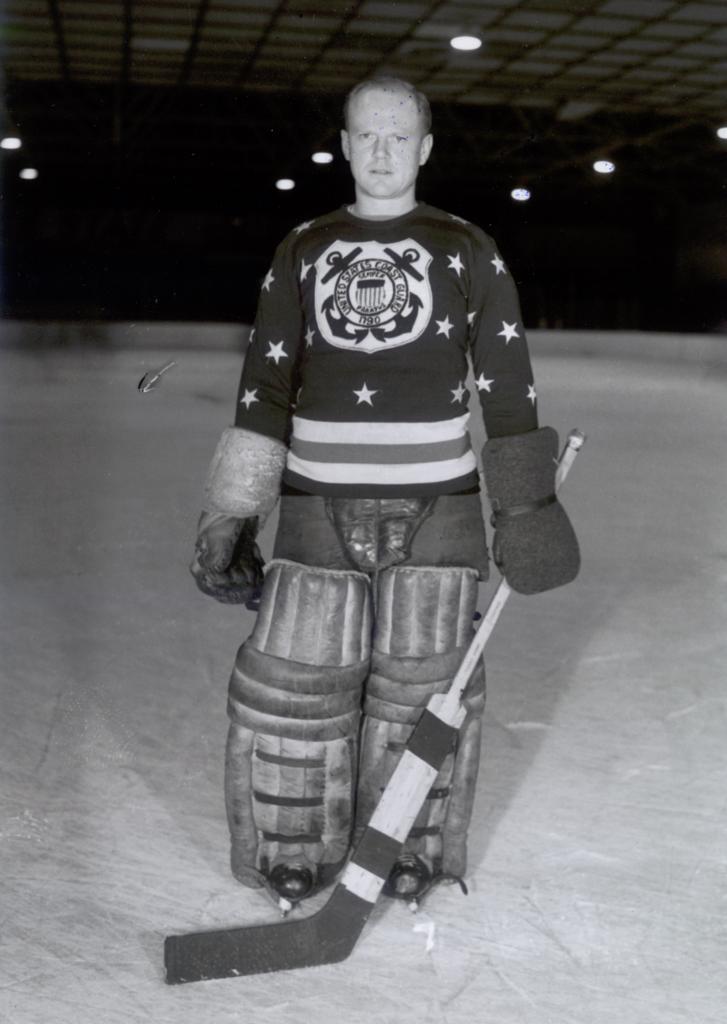 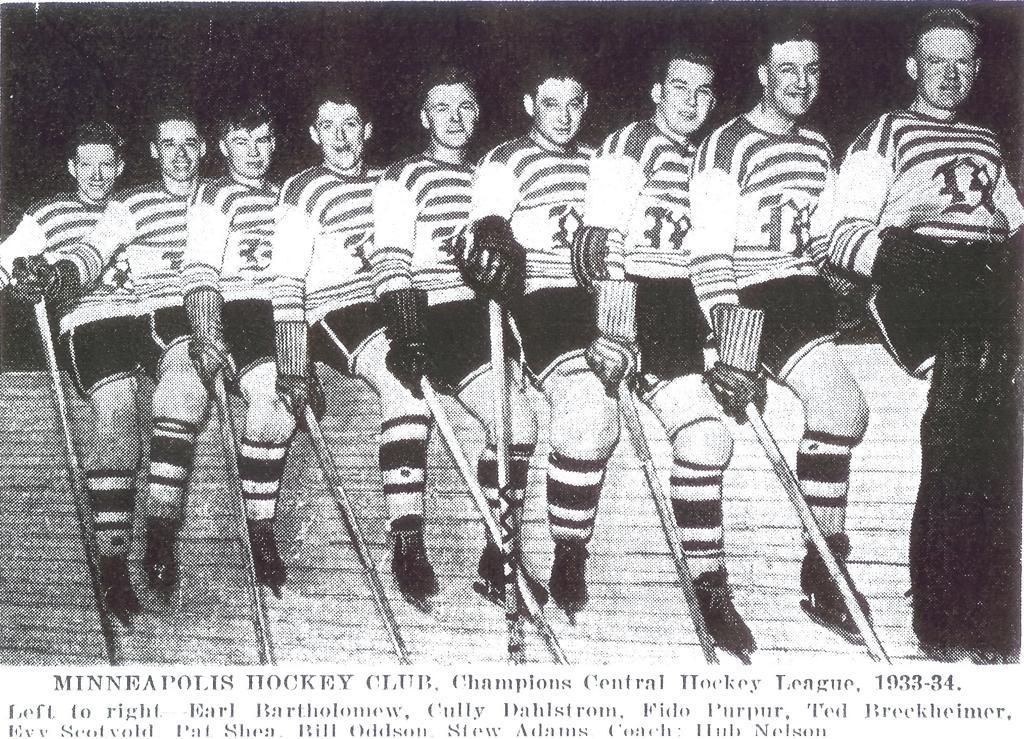 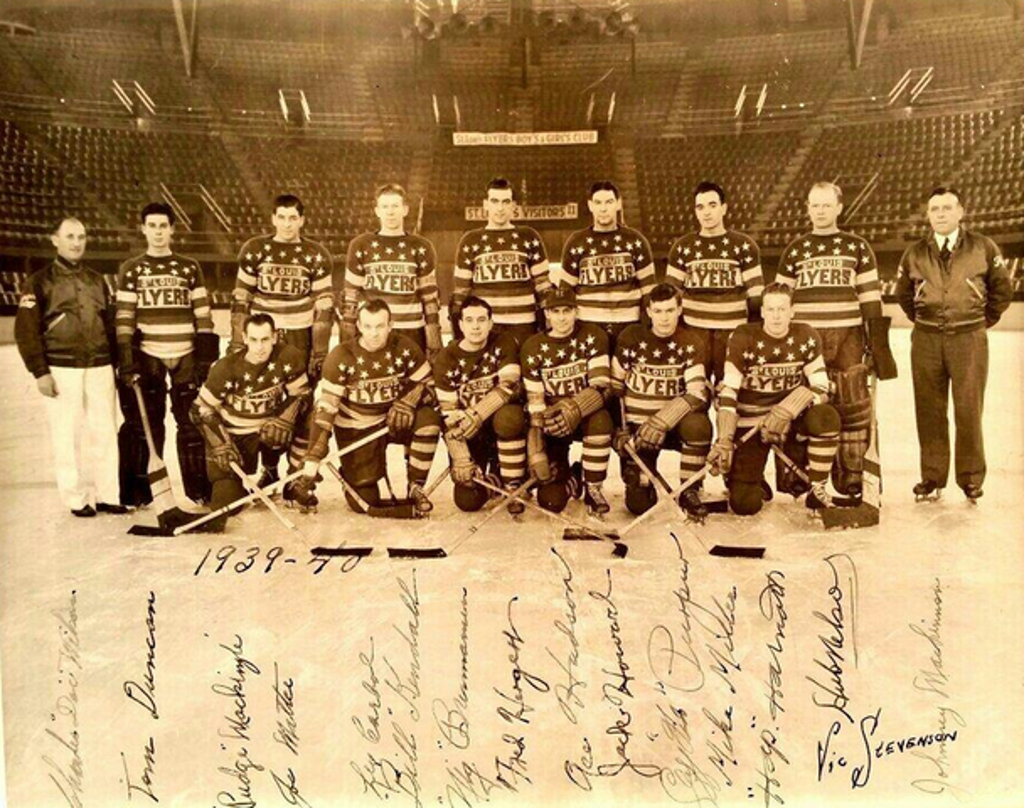 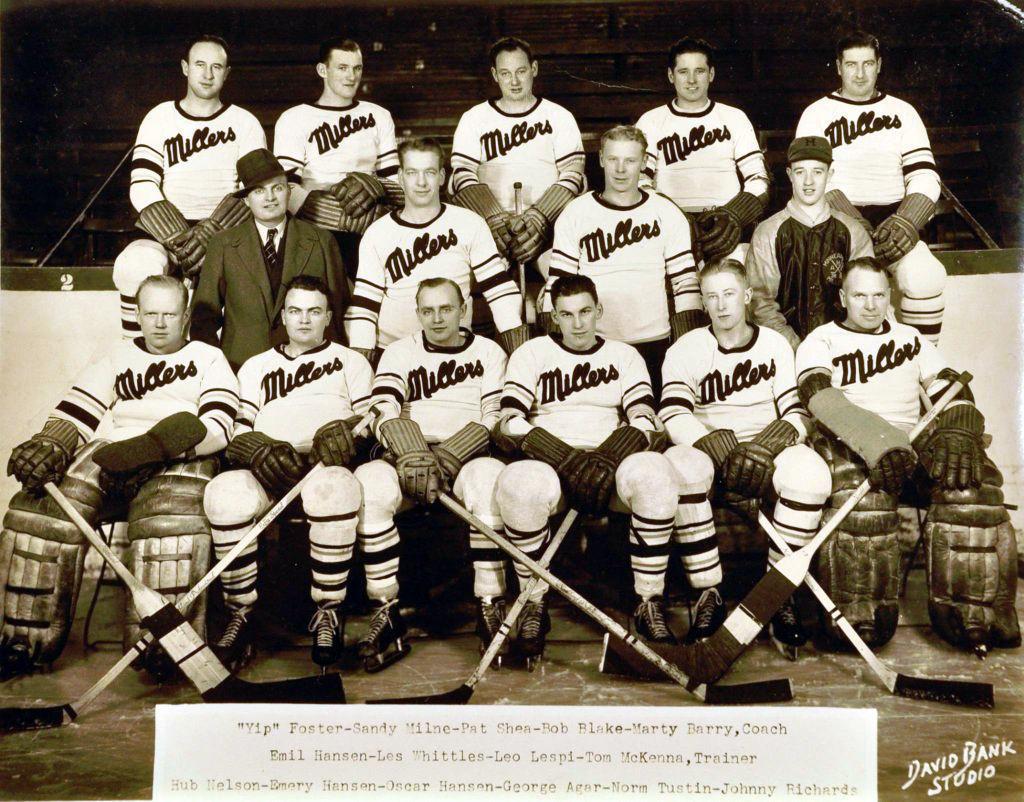 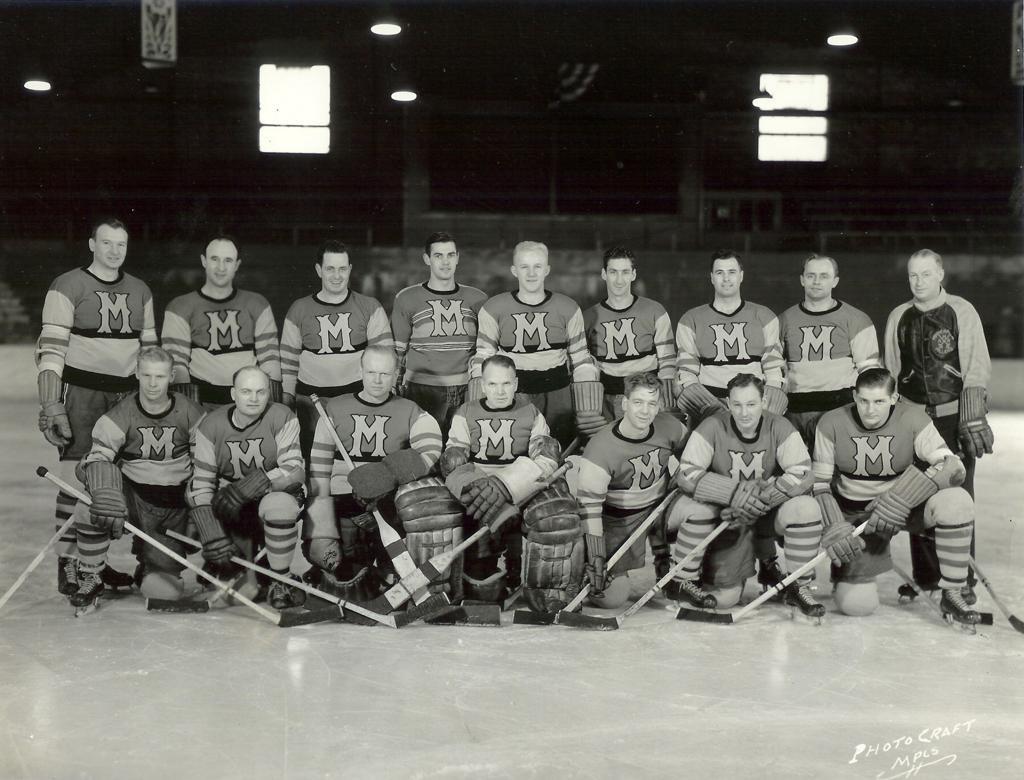