Pat Westrum first played organized hockey as a 6th grader for St Helena's Grade School team in the Twin City Catholic League. He remembers the outdoor rink at Highland Park was on a hill and the boards were only two feet high. Knock a player over the boards and they would roll down the hill. Westrum sent many players down the hill as he was from the beginning a stand out physical player. He was an all state football player at Roosevelt as a defensive back and a running back and went to the University of Minnesota on a football scholarship. Westrum also loved playing hockey. In addition to skating for St Helenas through 8th grade he skated for Hiawatha Park in the 7th grade and for the Roosevelt bantam team in 8th and 9th grade.

Westrum made the Roosevelt varsity as a sophomore and in his senior season led Roosevelt to the 1966 State Tournament where he had to wear his coach's skates, 1.5 sizes too big, because he had broken his skate blade just before the tournament. This didn't slow him down. Westrum also remembers a pivotal transition when Coach Bucky Freeburg moved him from center to defense his senior season.

Westrum played both football and freshman hockey his first year at Minnesota. He committed entirely to hockey his sophomore season, skating the next 3 seasons for the Gopher squad and captaining the 1969-70 team to their first ever WCHA championship.

Westrum then began a 9 year professional career which included 6 seasons in the World Hockey Association, 3 with the legendary Minnesota Fighting Saints. Westrum also played with the 1970-71 USA National Team and for the USA team in the 1978 World Championships in Prague. His toughness was both well known and respected as he lost only one of his 79 career pro fights.

Post pro career Westrum has worked as an NHL scout, currently for Montreal, coordinates the Educational Program for USA Hockey and is the District Coach in Chief for Minnesota Hockey. He has also coached various teams including as assistant coach to Larry Hendrickson for Apple Valley's 1996 State Championship team which was led by his future NHL playing son Erik.

Pat Westrum notes some excellent memories of his hockey career including:

* the pecking order at Hiawatha which often relegated younger kids to pom pom pullaway games on the open ice.

*being initially unfamiliar with a garter belt when first skating for Post 1149 so his socks would fall down.
*practicing and even playing high school games at Sibley Park, which included shoveling the ice if it had snowed
*skating under the stars at Sibley after the warming house closed and the lights were shut off
*playing games at the Minneapolis Arena on Dupont
*playing floor hockey in fellow Hall of Famer Ron Docken's basement.
*Seeing the movie Slapshot after having played for the Johnstown Jets
*Coaching fellow Hall of Famer Mike Ramsey in football
*Seeing both of his sons, Erik and Ryan, play on the Gophers at the same time and seeing Erik play in the NHL

Most of all Pat Westrum remembers he played hockey because it was fun, because he loved to play and that he never thought of pro hockey as a job. 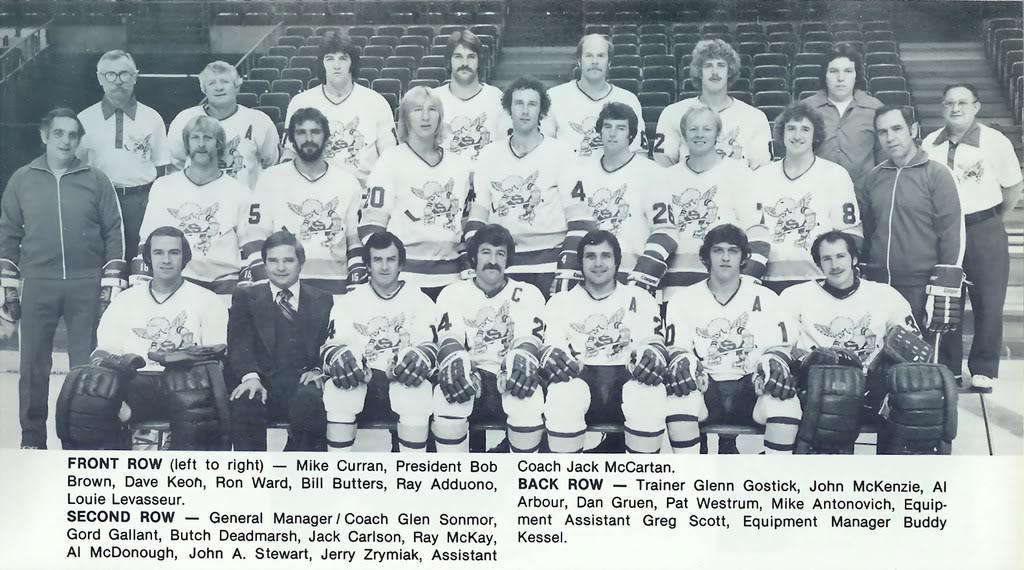 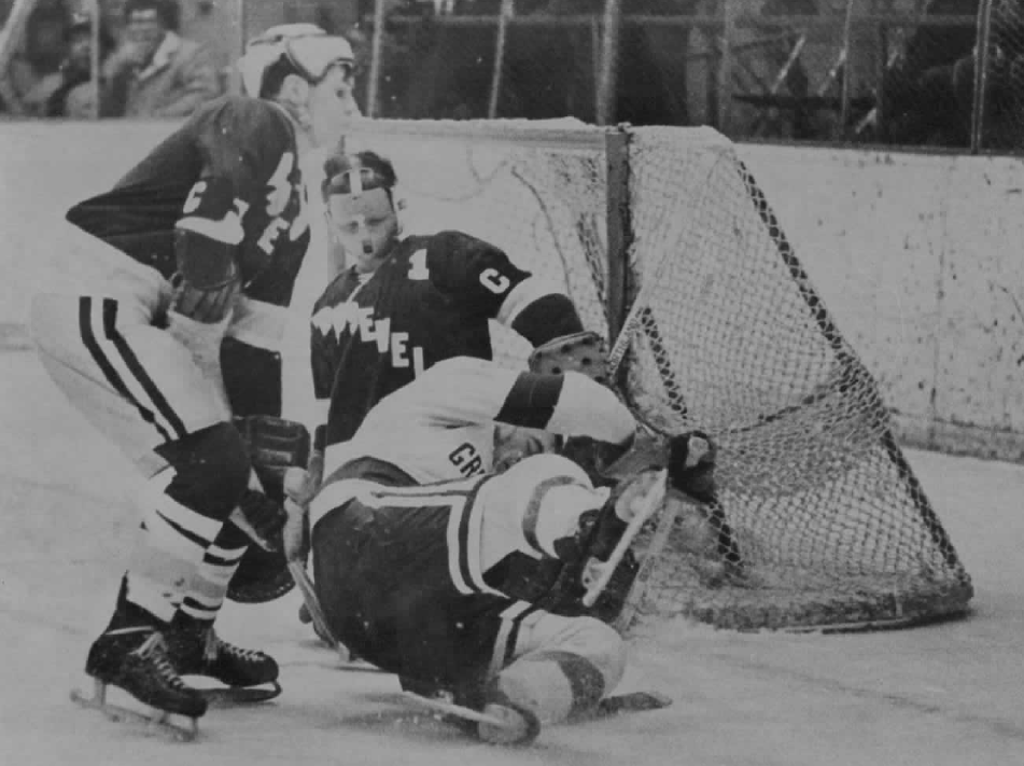 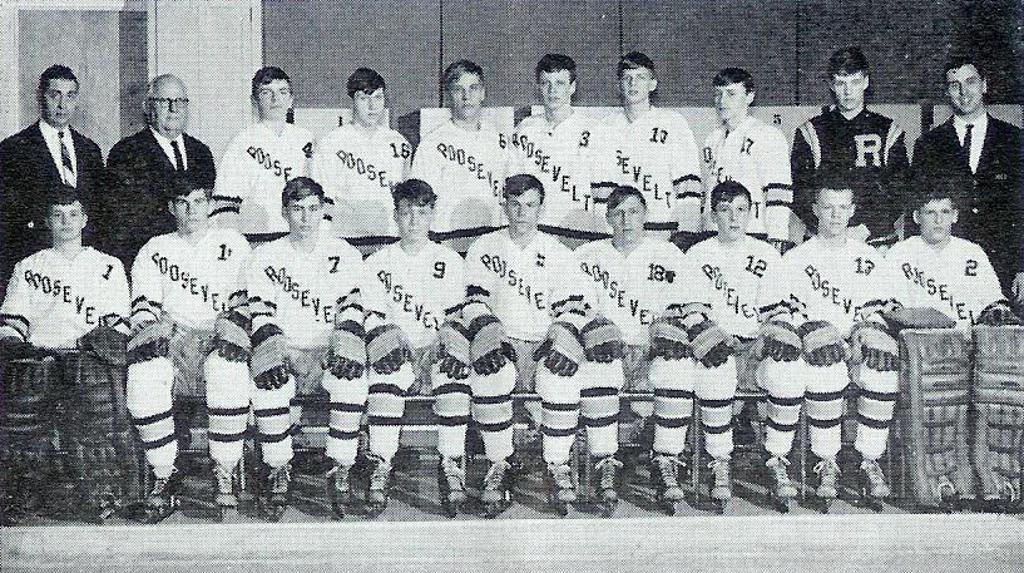 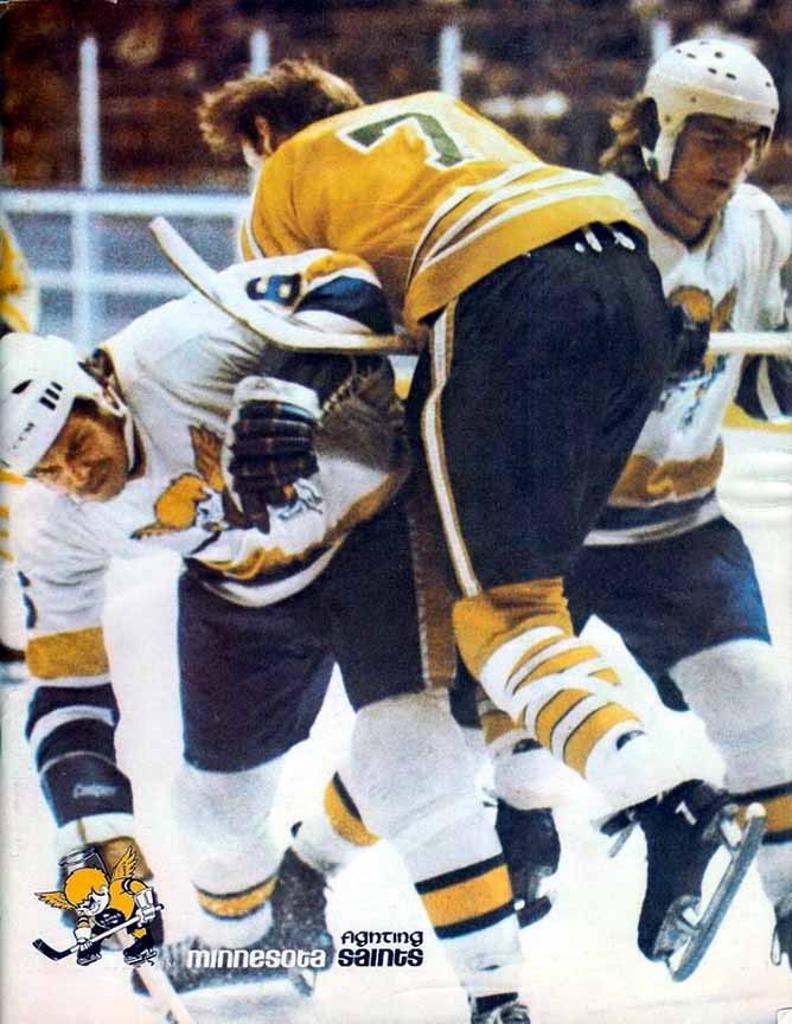 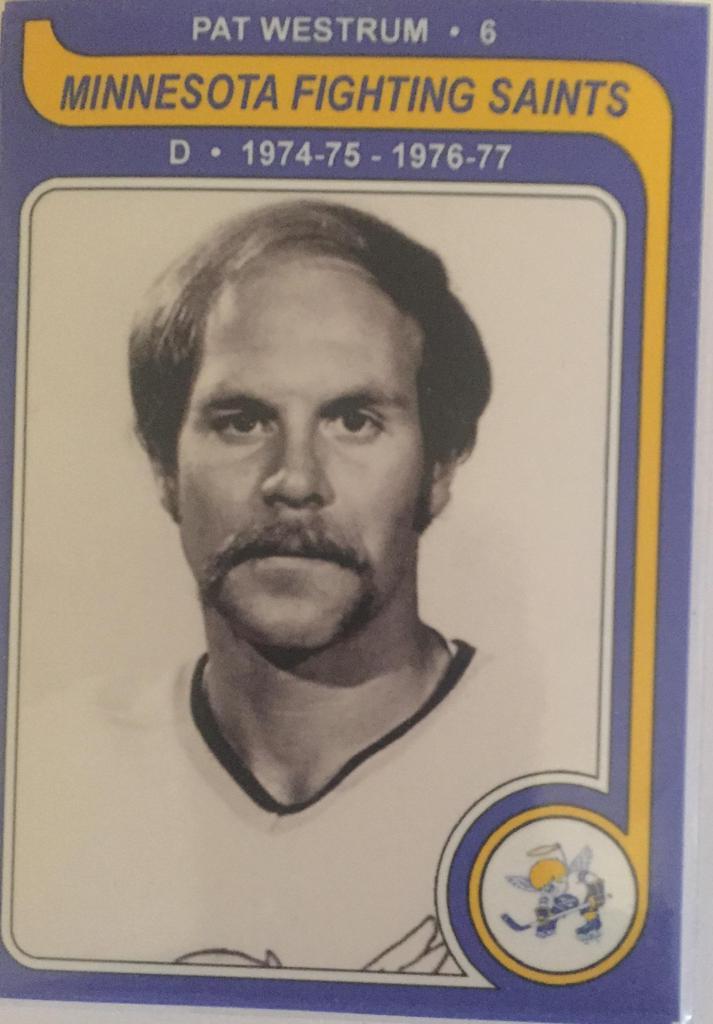 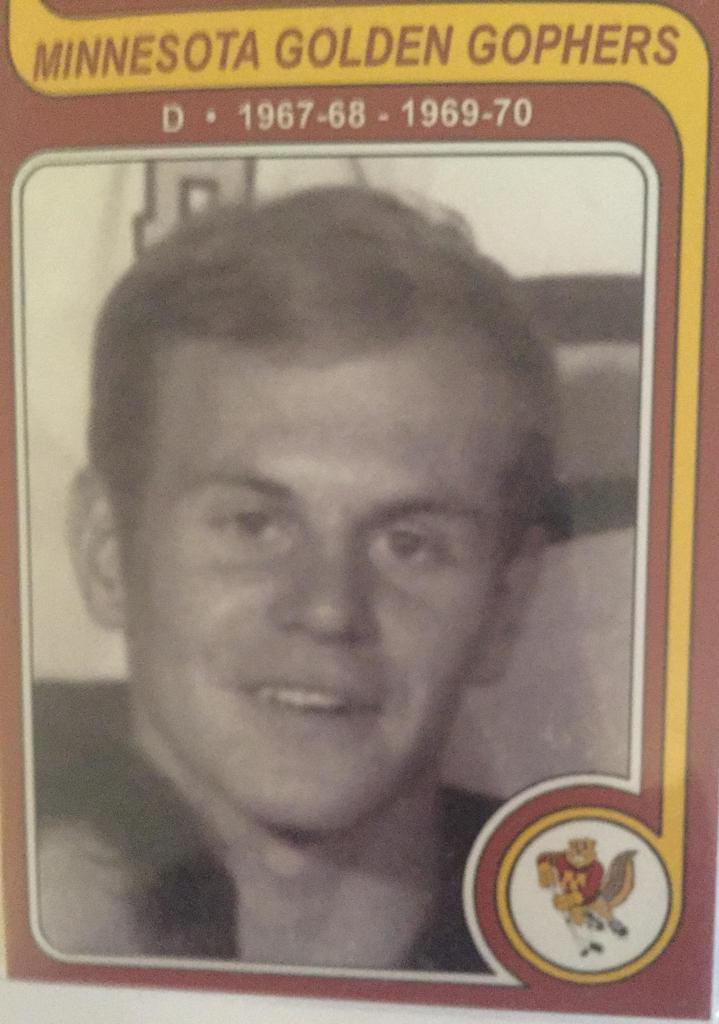 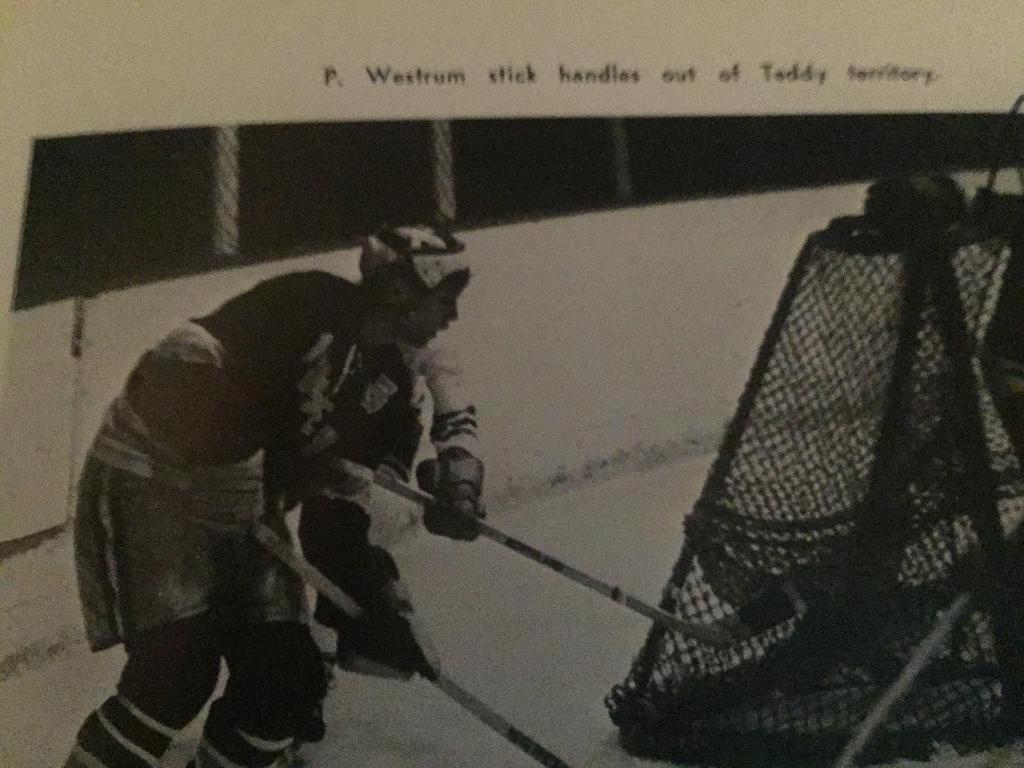 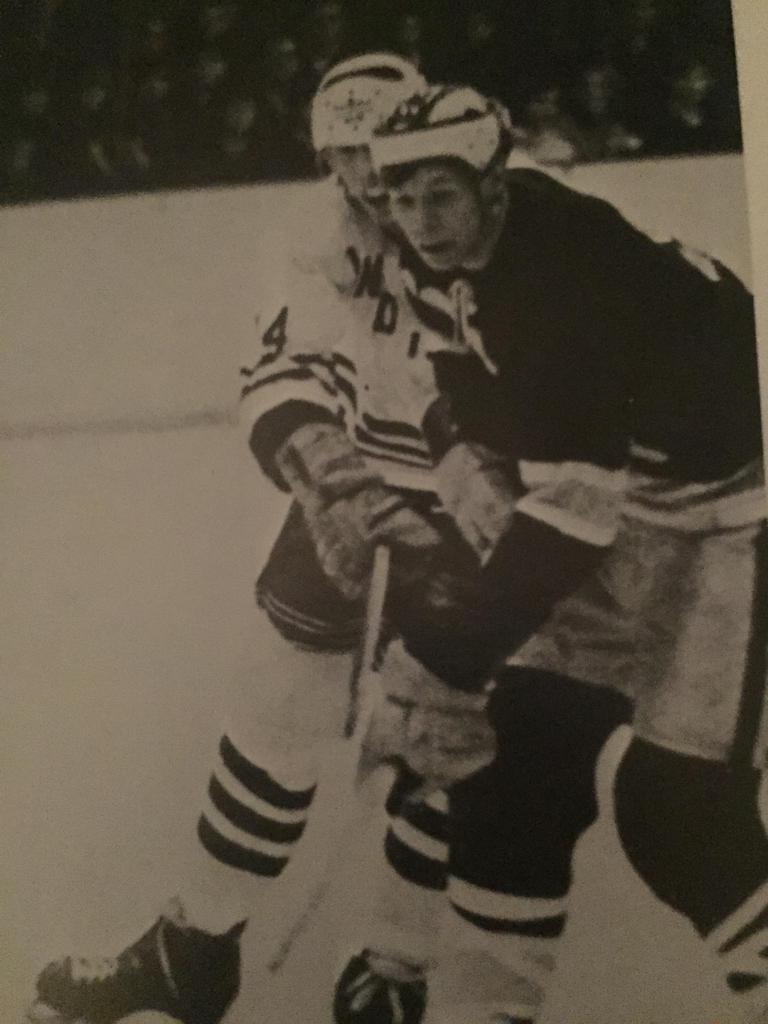