Ron Naslund recalls that his first pair of skates were double runners, purchased at the long gone Skate Exchange.  He did not own a pair of real hockey skates until a pair of Canadian Flyers at age 12.  Hockey sticks were often obtained by going to he Minneapolis Arena, collecting the broken stick and then fixing them with tape and nails.

Naslund's skating and hockey playing took place at Keewaydin Field.  He did not play on an organized team until 9th grade when he skated for the Roosevelt Bantam Team, VFW Post 1196.  Naslund may have started organized hockey late, but he became very good very quickly.

He credits the key turning point to a conversation as a 15 year old sophomore at Roosevelt with his coach, Bob Johnson (Fellow Minneapolis Hockey Hall of Famer).  Coach Johnson told Naslund he could be a really good player if he worked hard on his hockey skills and that he might get a college scholarship.  Naslund began working hard and by his senior season led Roosevelt to the 1961 State Tournament.

He then received a college scholarship to play hockey for two time defending NCAA Champion Denver.  At that time Denver did not have any American players.  Naslund and Jimmy Ross of Duluth East became Denver’s only two American players and the only two 18 year olds as the freshman from Canada were all around 20 year old.  Naslund skated a regular shift for Denver for three years and was on the NCAA runner up teams of 1963 and 1964.

After graduating from Denver in 1965 Naslund joined the Air National Guard and decided he was done with hockey.  In the fall of 1965, however, he read an article in Time Magazine about the Hockey World Championships that would be held in Yugoslavia in March 1966.   He tried out and made the USA team, playing on the 1966, 1967, and 1969 World Championships.  Unfortunately, he was the last player cut from the 1968 Olympic Team.  Naslund went on to be the player/coach for the Lucerne Team in the Swiss League in the 1970-71 season where he was the only American in the league.  He then decided at age 27 to focus on a career in insurance sales, although he began playing senior hockey with the Parkers.

The Minneapolis Hockey Hall of Fame welcomes Ron “The Teddie Tornado” Naslund. Check out Minneapolis' fantastic hockey history by visiting the Hall of Fame....CLICK HERE TO GO THERE. 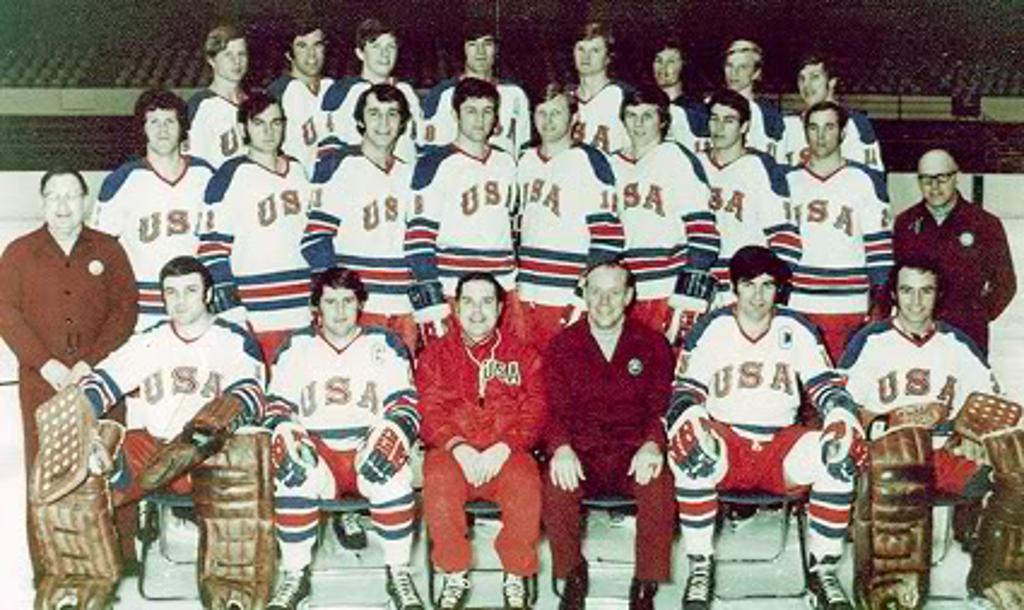 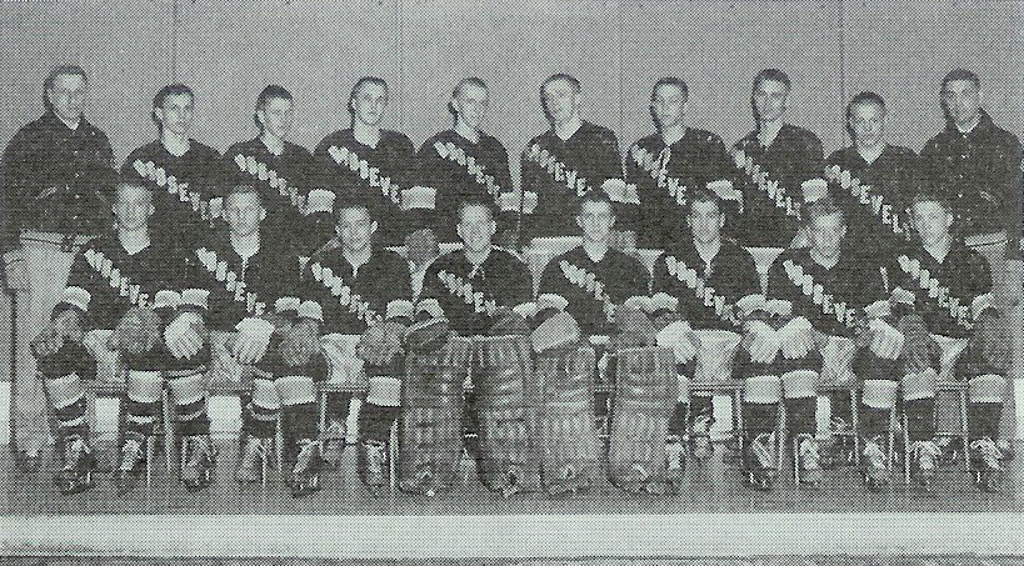 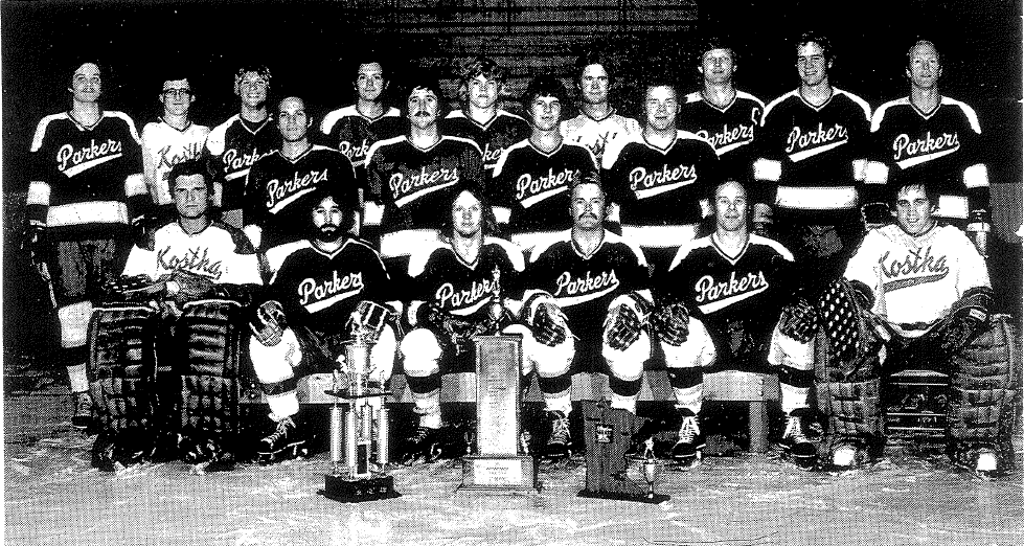 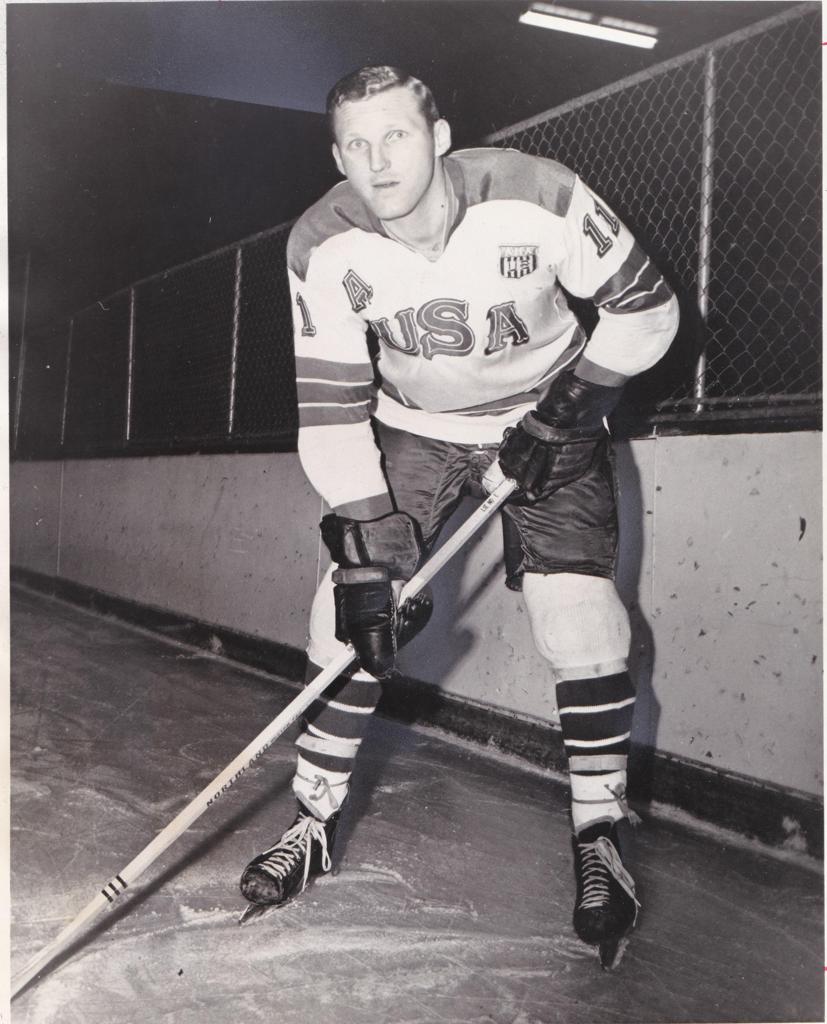 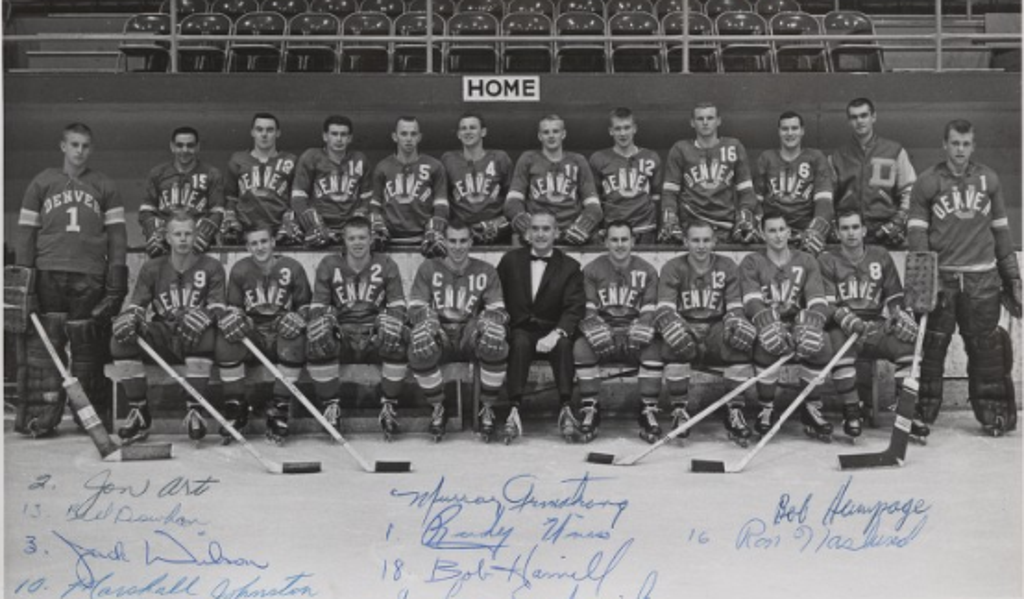