Prolific Goal Scorer Without a "W"

William & Clara Bartholomew lived in  Valley City, North Dakota - a small railroad town about an hour west of Fargo. They had five children and in the 1920's decided to move east to the Minneapolis area. They settled their family just over Minneapolis' western border in Saint Louis Park and began to build their legacy.

William was very, very into speedskating and acted as a timer for many local, state, and US national speedskating meets. But, his son Earl took a liking to ice hockey.

While living just over the border, young Earl attended Minneapolis West high school in the early 30's. During this time, he led Minneapolis West to three City Championships. Meanwhile, Earl's younger brother, Kenneth, was becoming a national speedskating phenom and local hero - winning 14 National speedskating championships and competing for the USA in the 1948 Olympics where he won a silver medal....

Earl graduated from Minneapolis West and set out to be a professional hockey player. Internet lore is that Bartholomew dropped the "W" off of the end of his name in order to not be confused with his brother, Kenneth, however Earl's daughter Judy stated that actually the media in Cleveland wouldn't write articles with the 'w' on the end of his last name....so he just rolled with it and became Bartholome!

Bartholome put together one of the longest professional hockey careers for any Minneapolis Hall of Fame members. He started with the Minneapolis Millers, playing for two years before moving eastward to play for the Rochester Cardinals.

It was rare for Americans to play in the NHL as it was Canada's game and the NHL when all things were equal...the Canadian made the team. Bartholome started a 10 year stint in 1936 with the Cleveland Barons, playing in the top American Hockey League. He would spend  the decade ringing up goals and assists for the Barons, finally leaving in 1946 to come home....and once again play for the Minneapolis Millers. Bartholome finished his career in 1952 with the Millers.

Just a few of his accomplishments - Bartholome's Barons won three Calder Cups (the "Stanley Cup" of the AHL) and Bartholome played in over 500 games for the Barons. In 1977, Bartholome was inducted into the United States Hockey Hall of Fame.

Minneapolis Hockey congratulates the late Earl Bartholome on his induction into the Hall. Want to learn more about Minneapolis Hockey's incredible history? Visit the Hall of Fame by CLICKING HERE. 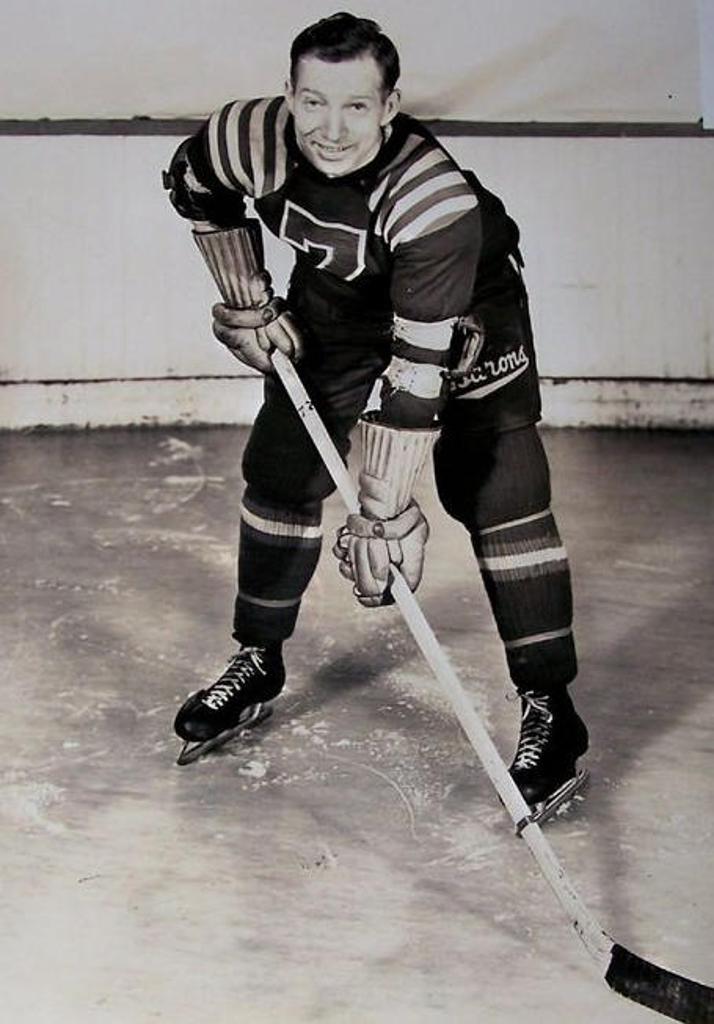 Inducted into the USA Hockey Hall of Fame - 1977 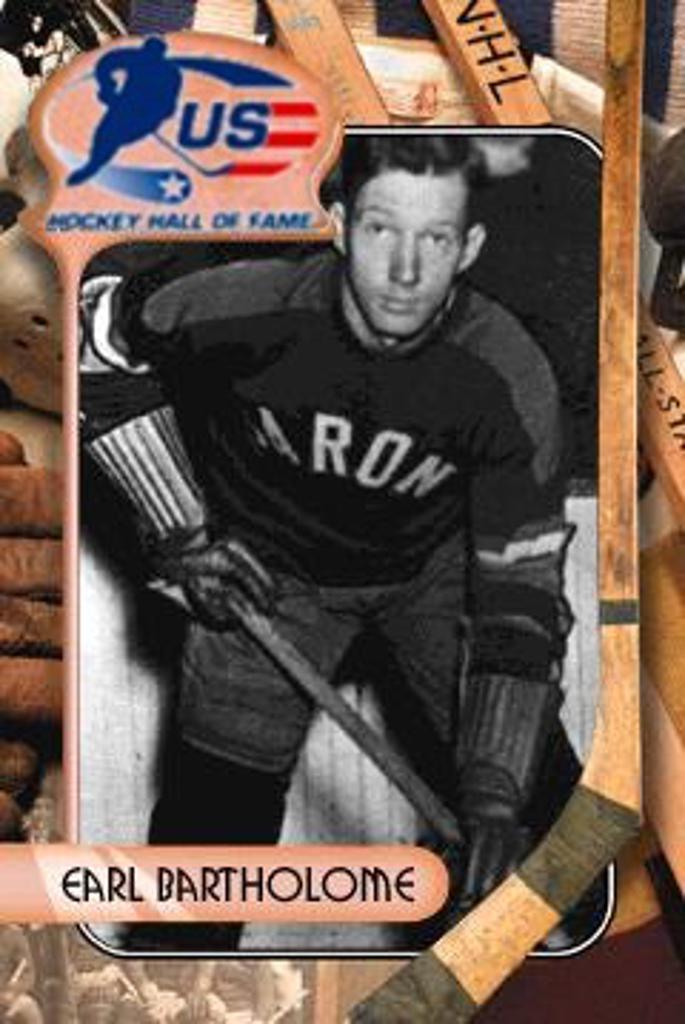 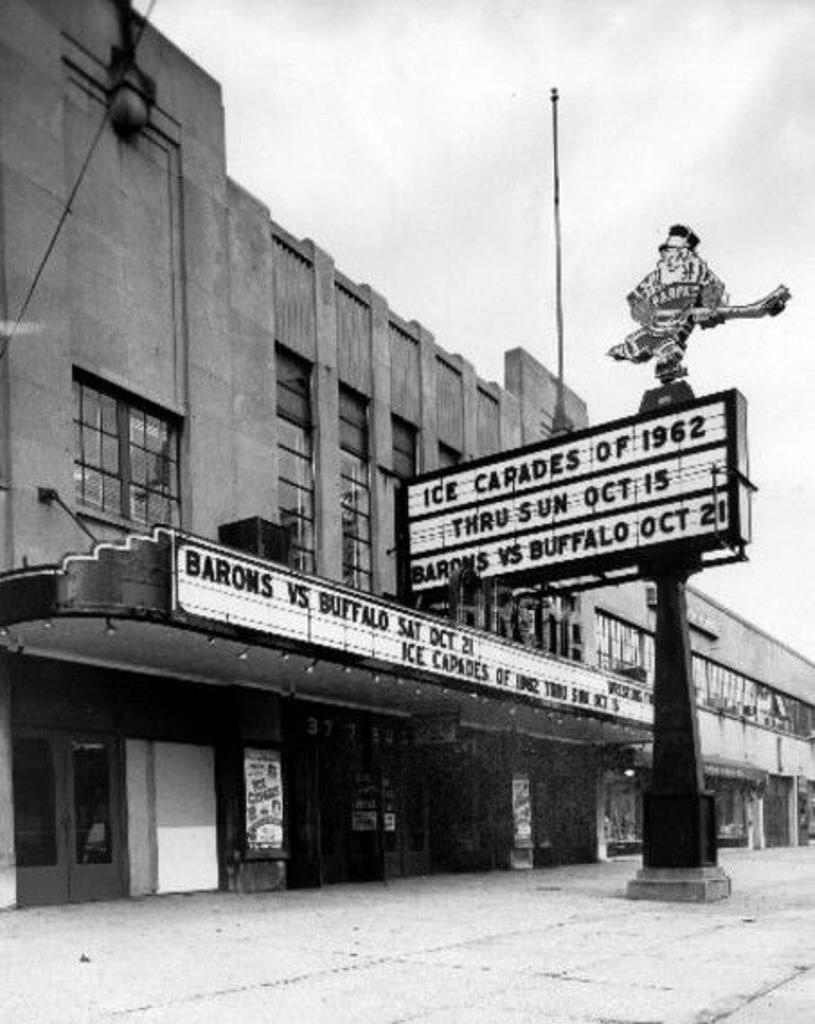 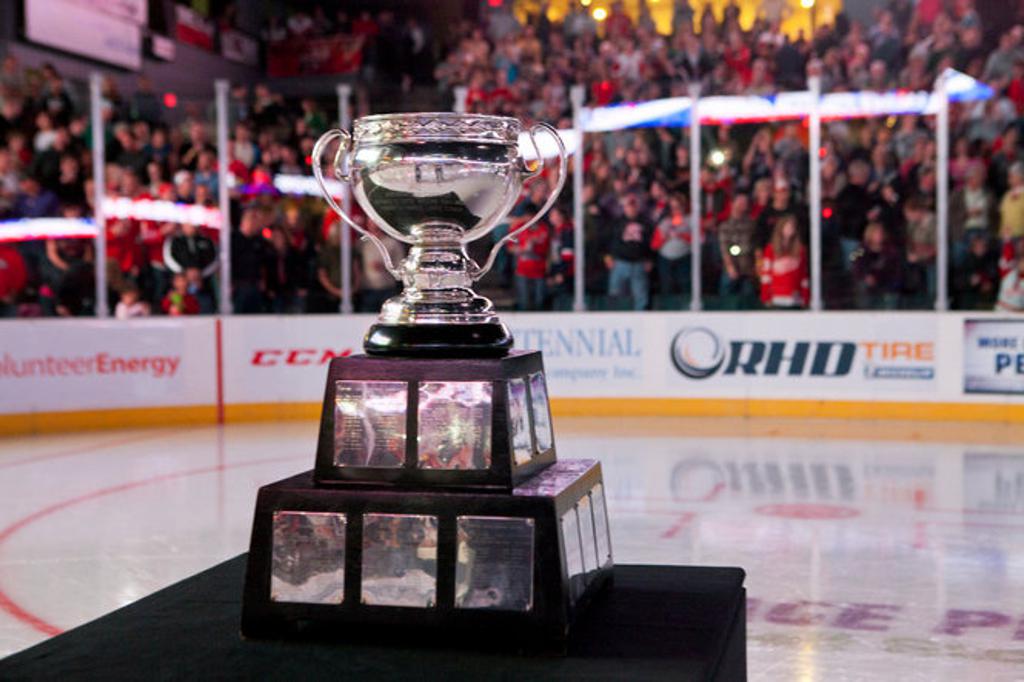 The Calder Cup is still awarded today for the AHL Champion. Bartholome is on it three times. 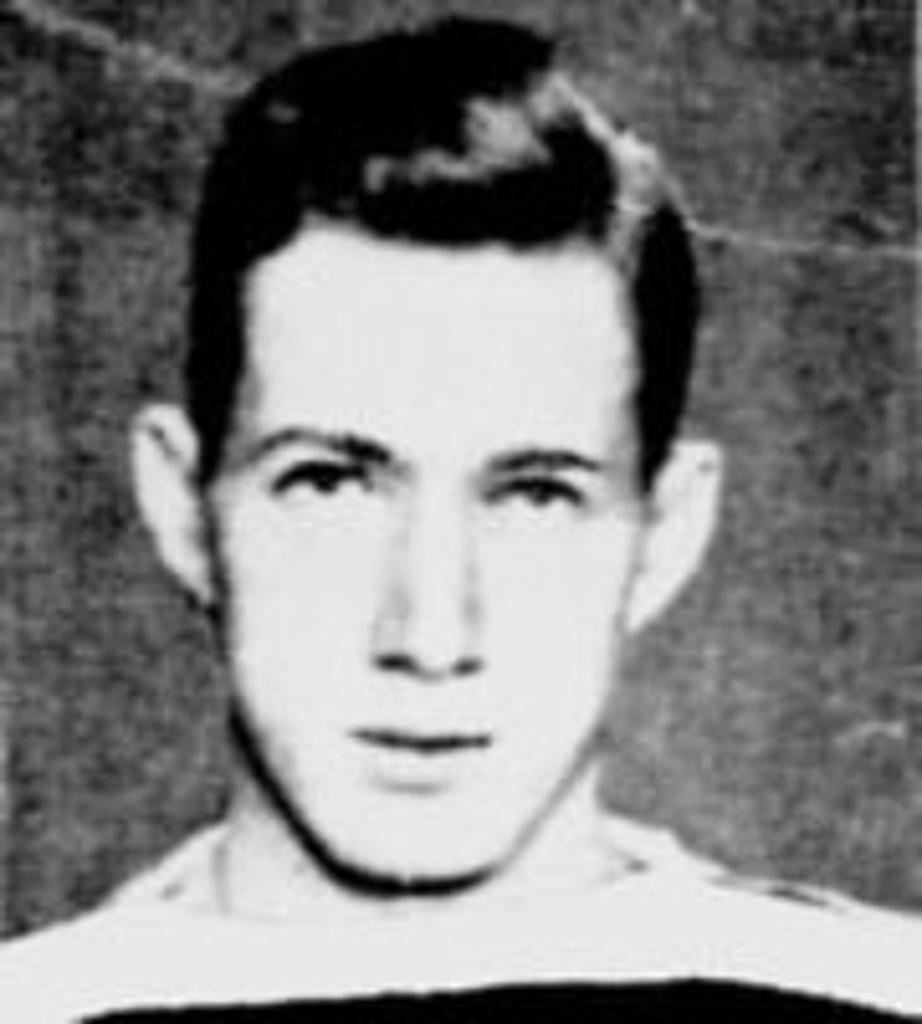 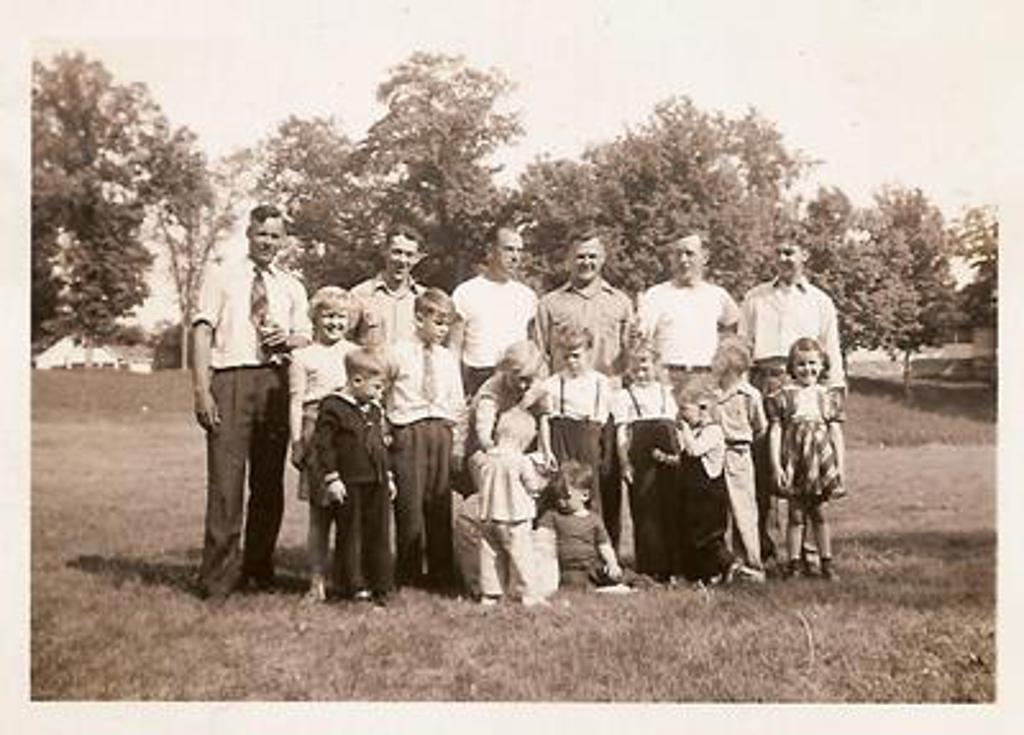 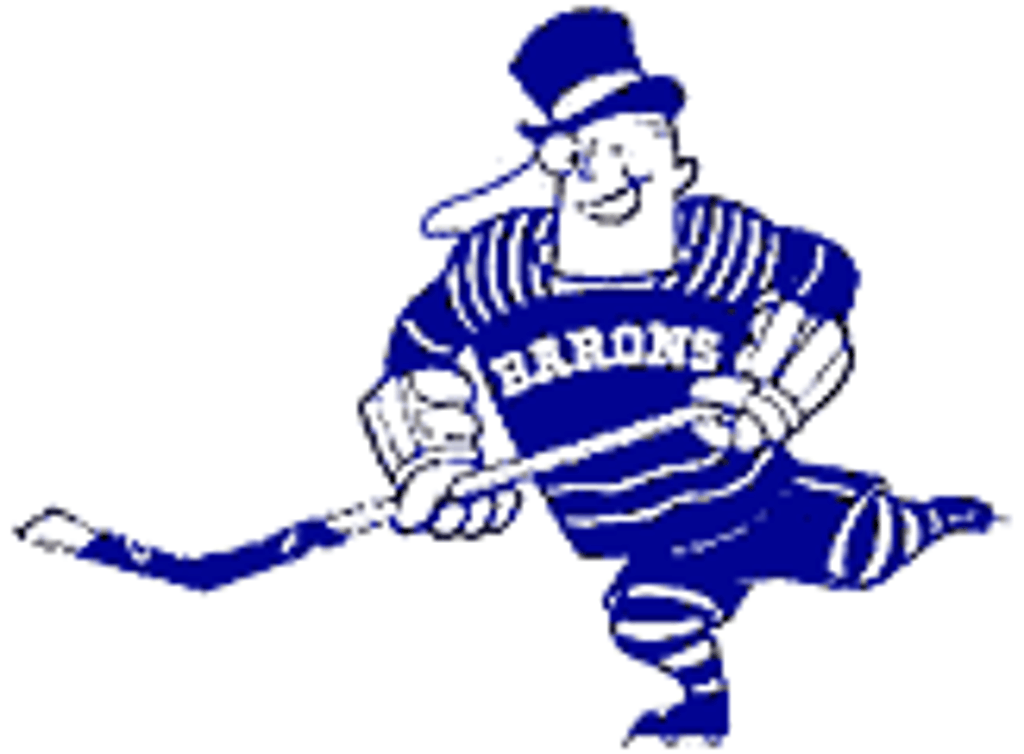 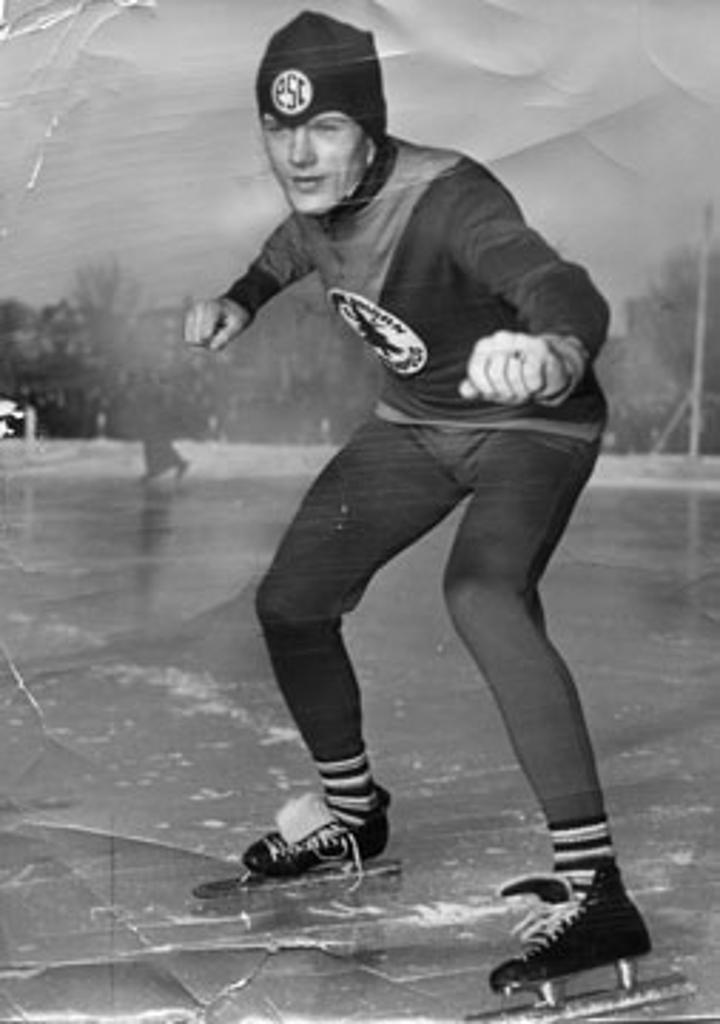