Baxter's 50 Years of Coaching Puts Him In "The Hall"

Jim Baxter was born to be a hockey coach and mentor.

Minneapolis high school hockey and generations of Minneapolis hockey players were the fortunate beneficiaries of Coach Baxter’s abilities.  Yes, his athletic career playing hockey and football was stellar.  Baxter was the leading scorer for Minnehaha Academy his Junior and Senior seasons.  After graduating from Minnehaha in 1950, Baxter first went to Bethel College where he played football for two years (Bethel did not have a hockey program at the time).  He then transferred to St. Cloud State where he played three years of varsity hockey, leading the team in scoring each year.

Baxter, however, always had coaching in his blood.  While at Bethel he was Assistant Varsity Coach at Minnehaha.  At St. Cloud State he was a player/coach his two final seasons, 1954/1955 - 1955/1956.  After graduation Baxter spent one year as a Minnehaha Varsity Assistant Coach and then from 1957 - 1962 was Minnehaha’s Head Coach in hockey, football and baseball.  In 1962 Baxter took his already celebrated coaching and mentoring abilities to Minneapolis West where he taught Biology and was the Head Coach of both the hockey and football teams.  He coached West High hockey for the next 21 years where he and his team became regulars at Lake of the Isles for both practices and lengthy scrimmages.  In 1982, with the closure of West, Baxter became the Head Coach of Minneapolis Washburn for one season before becoming Head Coach of Minneapolis Southwest from 1983 - 1992.  He then retired from teaching and moved with his wife Diane to their cabin near Ely, Minnesota where even in retirement he became Assistant Coach for Ely’s varsity hockey team for many years.

In total, Jim Baxter coached hockey for 50 years, 35 as Head Coach at Minneapolis High Schools. His overall record was 456 wins, 272 losses, and 35 ties. He was President of the Minnesota Hockey Coaches Association in the late 1960's and was inducted into the Minnesota Hockey Coaches Hall of Fame in 1992. The legacy of Coach Baxter, however is not measured in wins and losses. It is measured through the positive impact he had on the character and development of 45 years of high school hockey players not only on the ice, but under his leadership off the ice.

Coach Jim Baxter always let his players know, "That if there was any easy way to play this game, don't you think I'd know by now? And if I know, don't you think I would tell you?" Even if he did not know hot to make hockey easy, Coach Baxter knew hot to make it meaningful and rewarding for his players. Because of his decades-ling contribution to Minneapolis Hockey, Coach Jum Baxter is inducted into the Minneapolis Hockey Hall of Fame. 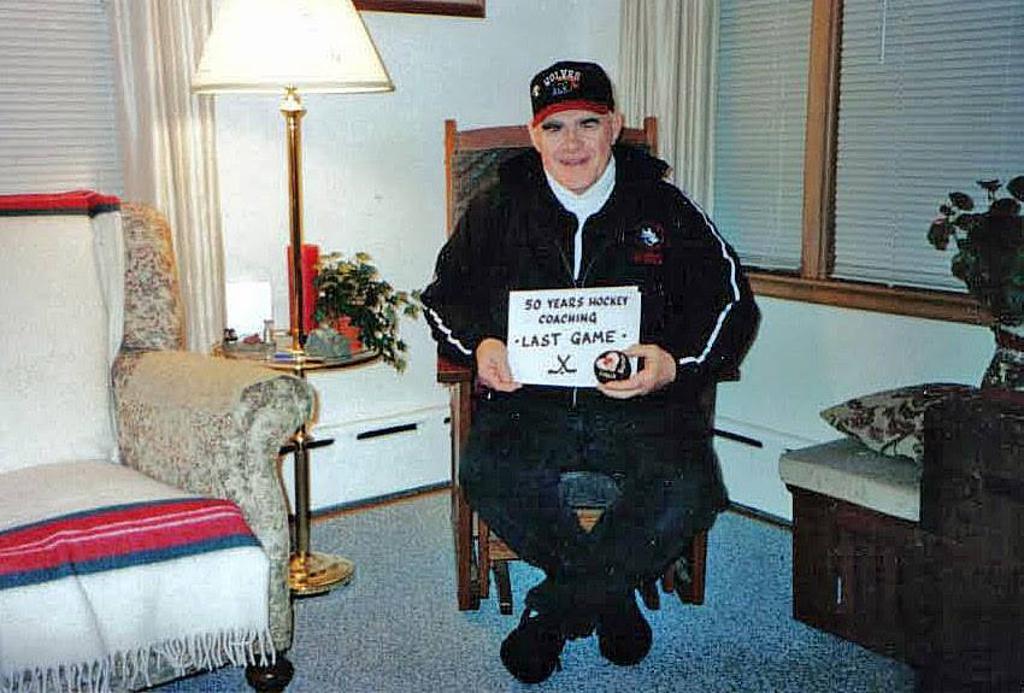 Baxter in retirement accepting a 50 Years of Coaching recognition award. 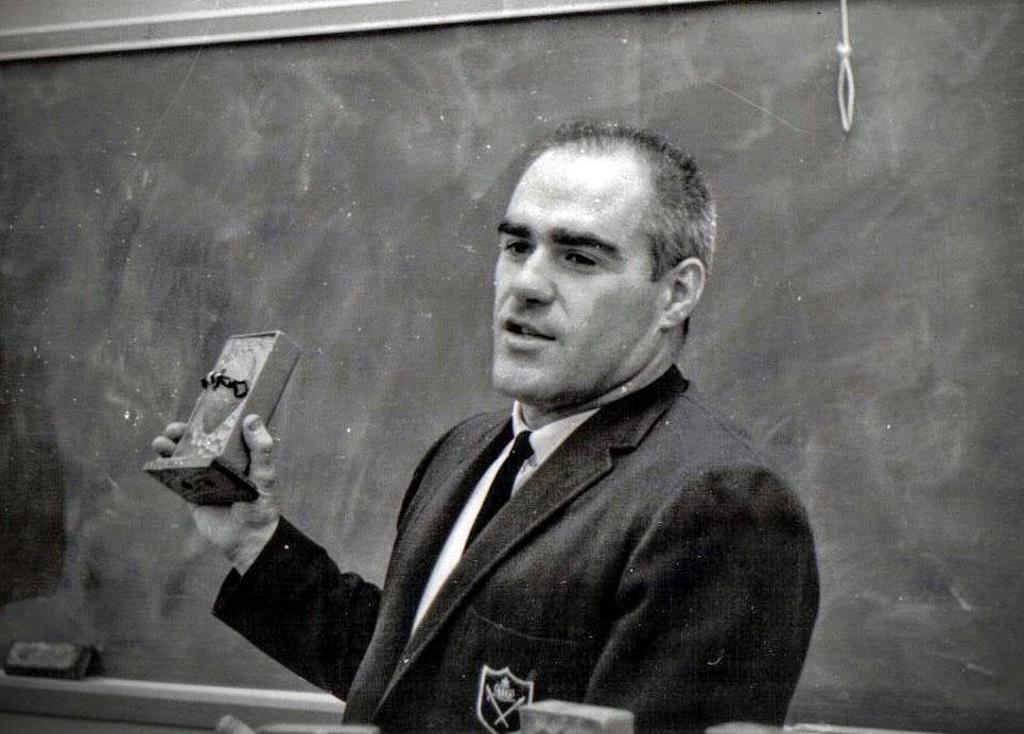 Coach Jim Baxter....early in his career... 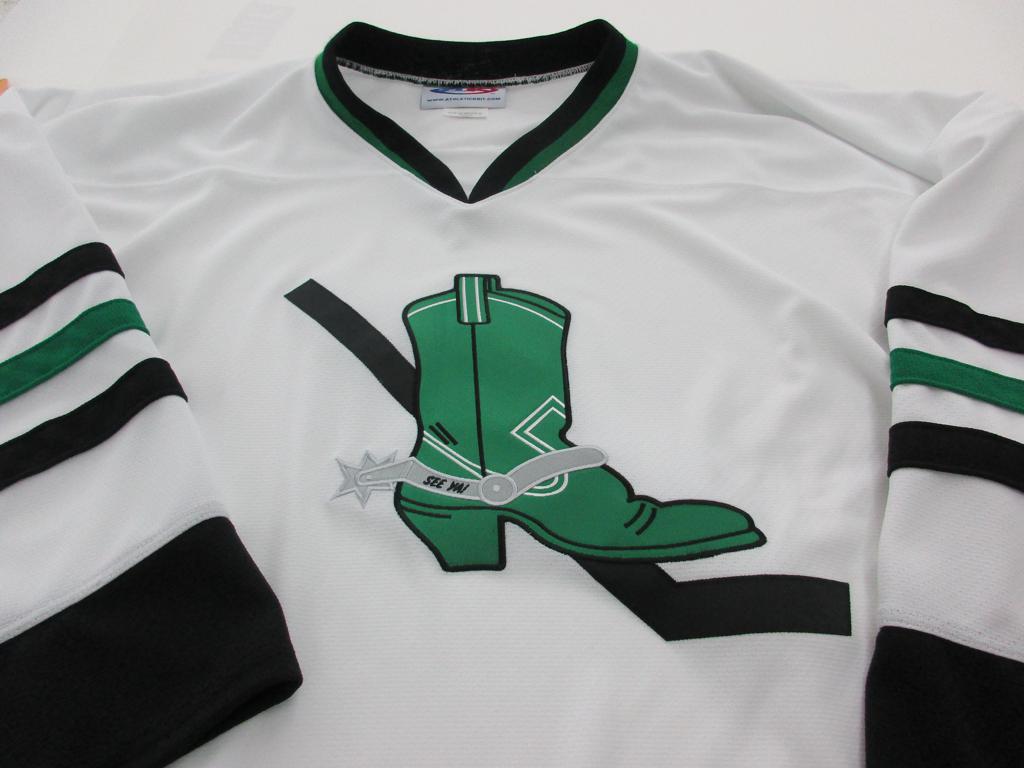 Minneapolis West Sweater...where Baxter coached most of his career 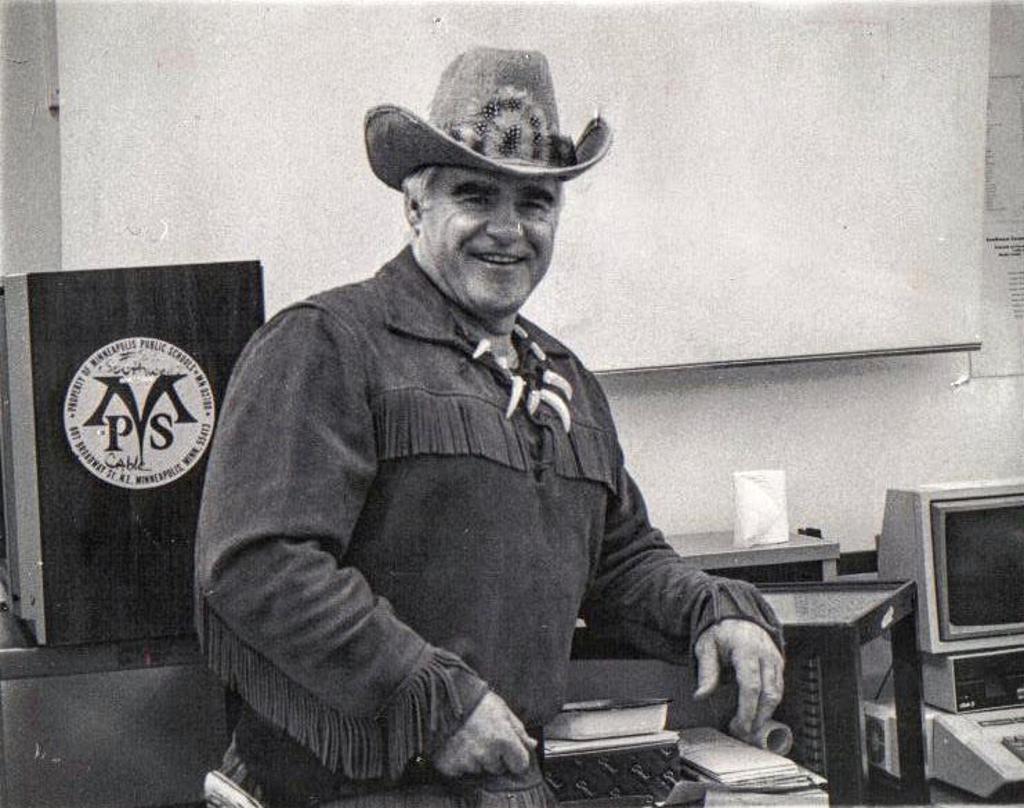 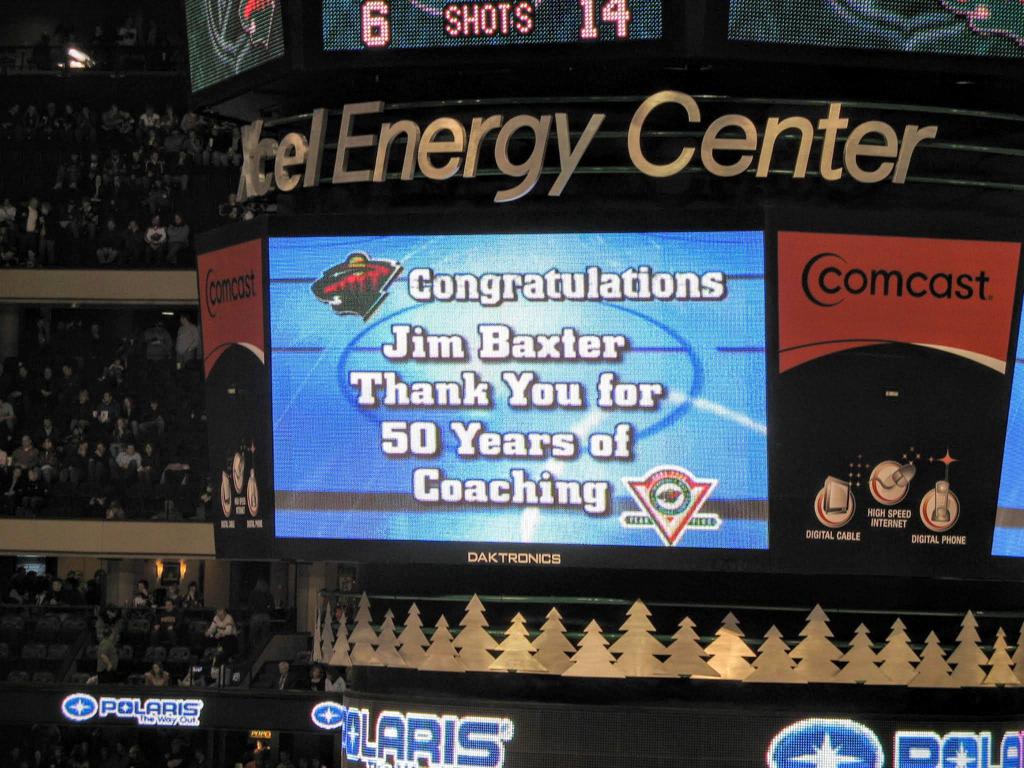 Even the Wild acknowledged his service to the game!