The Man Behind the Miracles

Walter Bush Jr. is one of hockey’s most accomplished executives

Not a lot of hockey players get to say they were played by actors in a Hollywood movie, not to mention coaches and general managers.  It could be that Walter Bush Jr. is the only hockey executive to ever be characterized on the big silver screen, in the hit movie “Miracle.”  So what was it like? “I didn’t even know about it until a month before the premiere,” chuckled Bush recently. “It was Herb Brooks’ deal, and he got a few things wrong!” For one thing, according to the former executive director of the USOC’s selection committee, Brooks had to beg to coach the 1980 Olympic team because he was in the doghouse with USA Hockey. Back in 1976, he’d refused to let star defenseman (and Minneapolis native) Reed Larson leave the Gophers to play for the Olympic team, and he was never shy about criticizing the national governing body of amateur hockey in the US. In the end, though, Bush really did back Brooks up -- by doing the negotiating necessary to smooth the way for the miracle on ice to happen.

Walter Bush made a life out of these negotiating skills in the sometimes rough and tumble world of amateur, junior, semi-professional and international hockey.  But it all started on a frigid sheet of outdoor ice in South Minneapolis.  “I first skated at Lynnhurst Field, as it was called back then,” says Bush. It was just a few blocks from the family home at 48th and Freemont. Born in Minneapolis in 1929, young Walter was skating by the time he was seven. “But there weren’t really any teams quite yet,” he says. “It was all pickup hockey, with whatever kids happened to show up.”  They played all day on Saturdays and Sundays, and on many school nights. By the time he reached ninth grade, Bush enrolled at Breck High School in Hopkins, where he made the varsity hockey team. “But I didn’t get a lot of ice time, so I also went down to play at Lake of the Isles.” There, the Minneapolis Park and Recreation Board had just launched its hockey league. With the Kenwood Huskies, Bush logged many hours playing with some of Minneapolis’ best youth hockey players like Arnie Oss and Dickie Meredith. Many would go on to junior, professional and Olympic careers – and many stayed lifelong friends with Bush.

After a successful high school career, Bush played D1 hockey at Dartmouth for four years. After graduation, he moved back to the Twin Cities and pursued a law degree while playing semi-pro hockey on the legendary Culbertson’s team, skating regularly at the Minneapolis Arena at 29th and Dupont. “We were paid $25 per game, but ten percent of that went to something called the A.H.A.U.S.—the forerunner of USA Hockey.  We hockey players weren’t too happy about that. Since I was studying law at the time, I sort of got volunteered to go to a meeting.”  That meeting turned out to seal his professional fate for the next six decades.  He met men like Walter Brown, the president of the Boston Bruins, who became a friend and mentor guiding him in the sometimes arcane world of junior and professional hockey contracts and negotiations, team management, recruitment and development. By 1958, at the tender age of 29, Bush was asked to be the general manager of the US National team – the first American team that would venture behind the Iron Curtain of the Soviet Union to play hockey—and direct forerunner of the 1960 Olympic squad, the original “miracle” team that won a gold medal in Squaw Valley, California.

Bush would be involved with international hockey for the rest of his life, but he also played key roles in professional and amateur hockey.  He was one of the men who brought the North Stars to Minnesota in the NHL expansion of 1967, and was president of the club until 1986. Intending to retire from hockey after what had already been an incredibly successful career, he left the North Stars only to be coaxed into leading USA Hockey at its headquarters in Colorado Springs.

As a leader for more than 25 years in the 80s, 90s, and 2000s, Bush presided over astronomic growth in the sport, not to mention the emergence of in-line hockey as well as women’s hockey.  Indeed, Bush is considered the single most instrumental person in bringing the women’s game into the Olympics when it first got added to the Games in 1998.  He has served as president and chairman of USA Hockey, as well as vice president of the International Ice Hockey Federation, and he is the first American-born board member of the Hockey Hall of Fame in Toronto (where he has also been inducted in the "builder" category).

Walter Bush has made a career out of making sure “miracles” happen almost every day, by building US hockey from the ground up to the point where the US regularly produces many of the world’s best players and teams.

“What can I say? Hockey is my life,” he says. And somehow it seems like an understatement.

With this article, Walter Bush Jr is inducted into the 100 Years of Minneapolis Hockey Hall of Fame. To visit "The Hall", CLICK HERE. 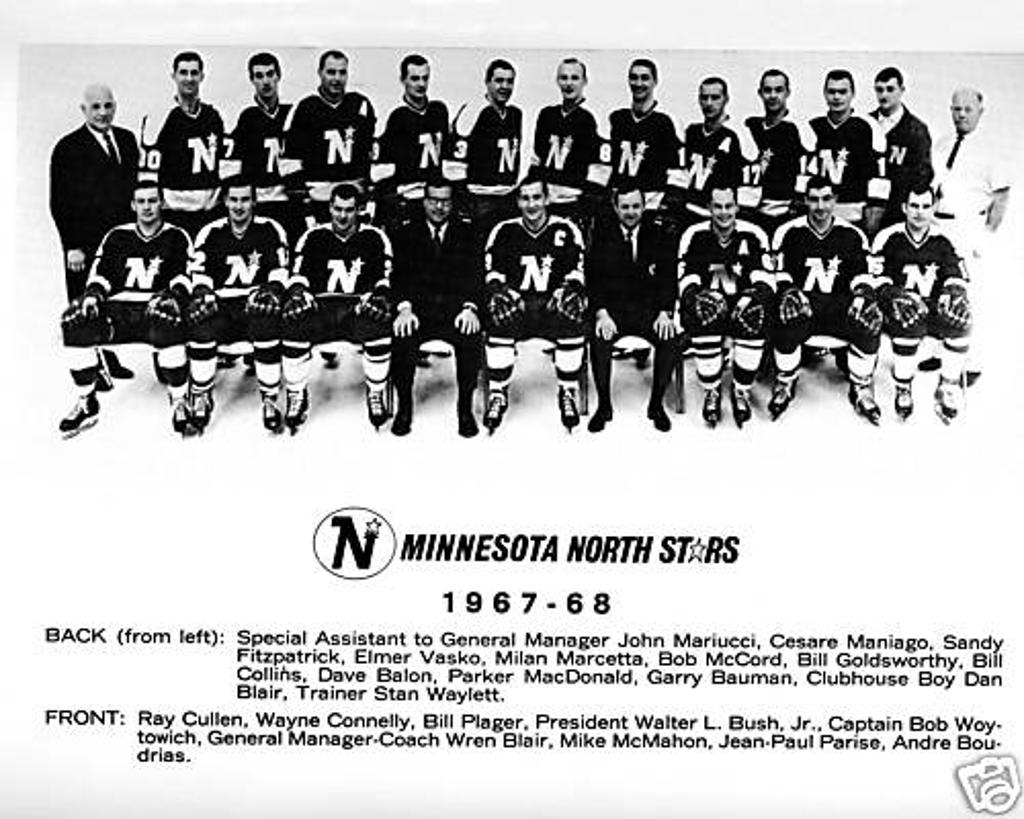 Walter Bush (seated, front row) is credited with bringing the North Stars to Minnesota and was their President from 1966 -1986

Past President and VP of Minnesota Amateur Hockey Association (MAHA)

Past Director - Amateur Hockey Association of the United States

1972 NHL Lester Patrick Winner for Team Executive of the Year 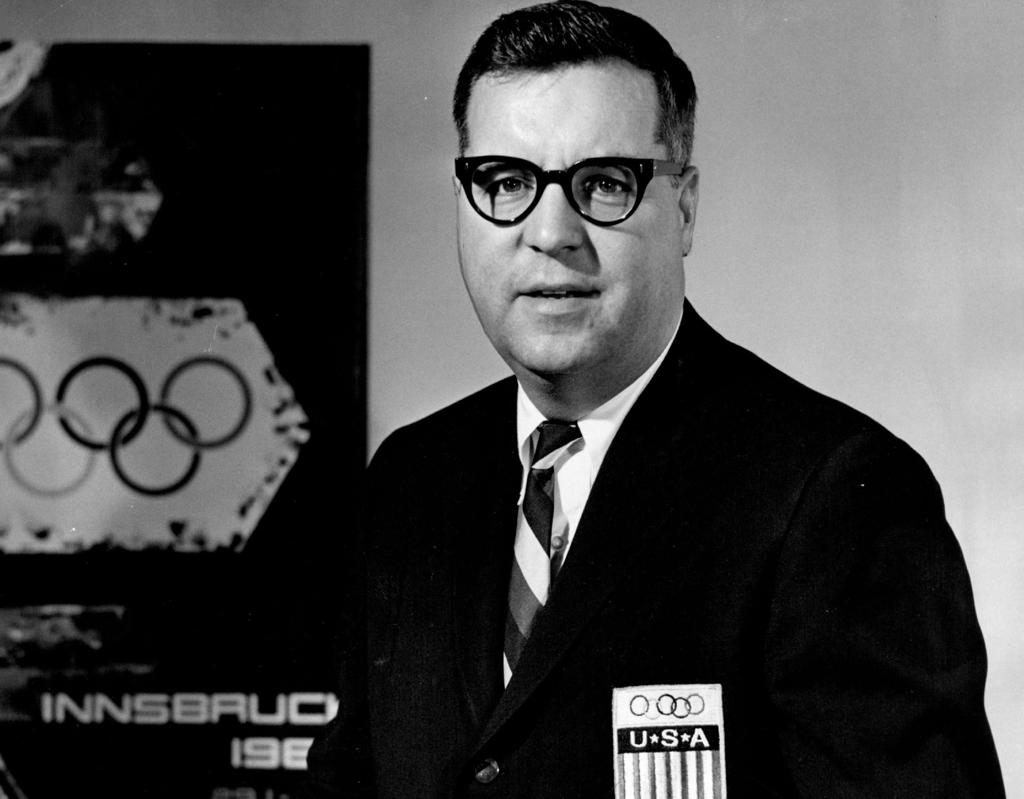 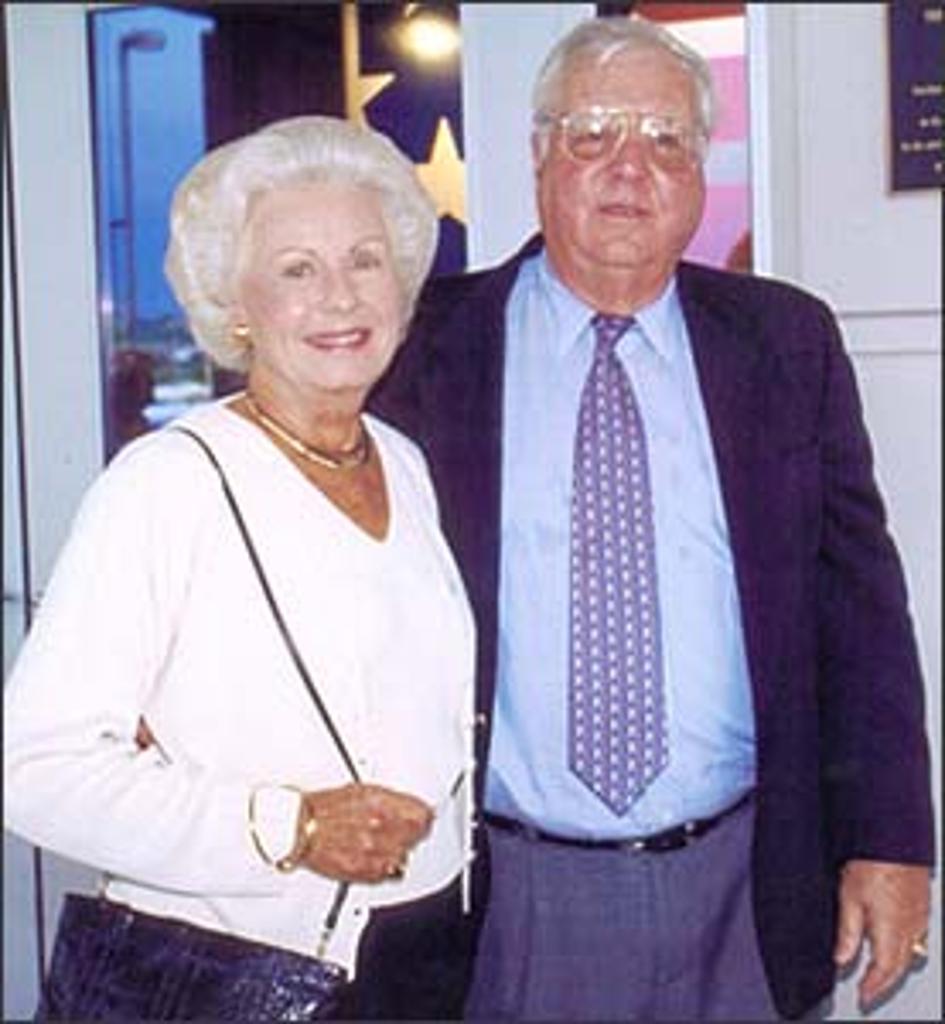 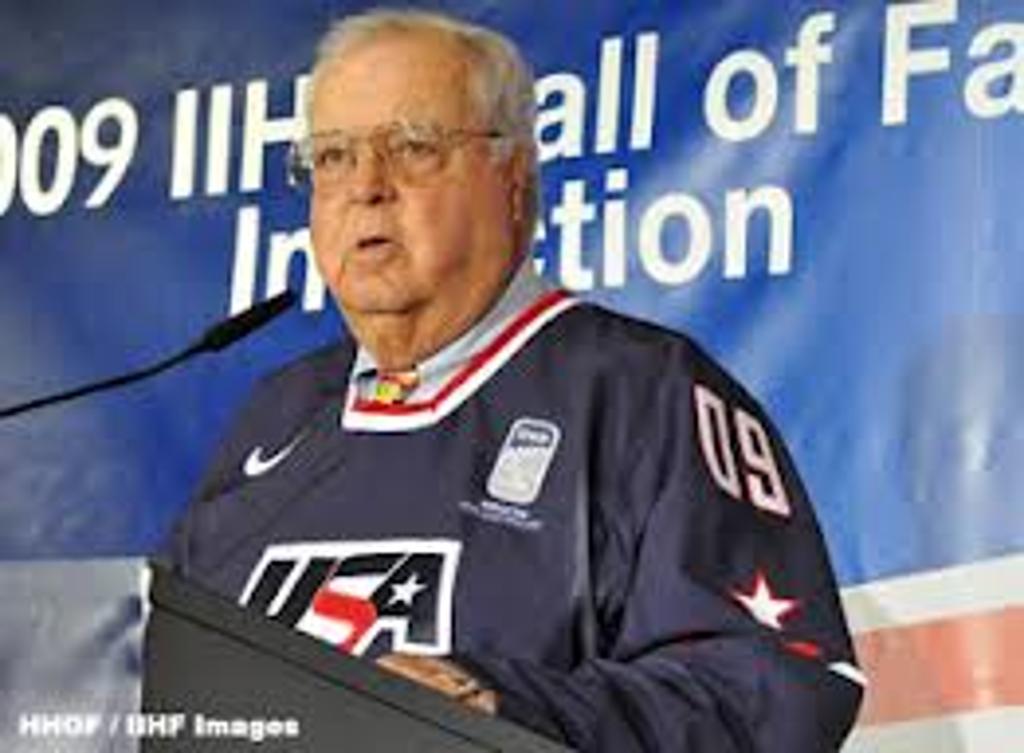 Walter Bush inducted into the IIHF Hall of Fame in 2009 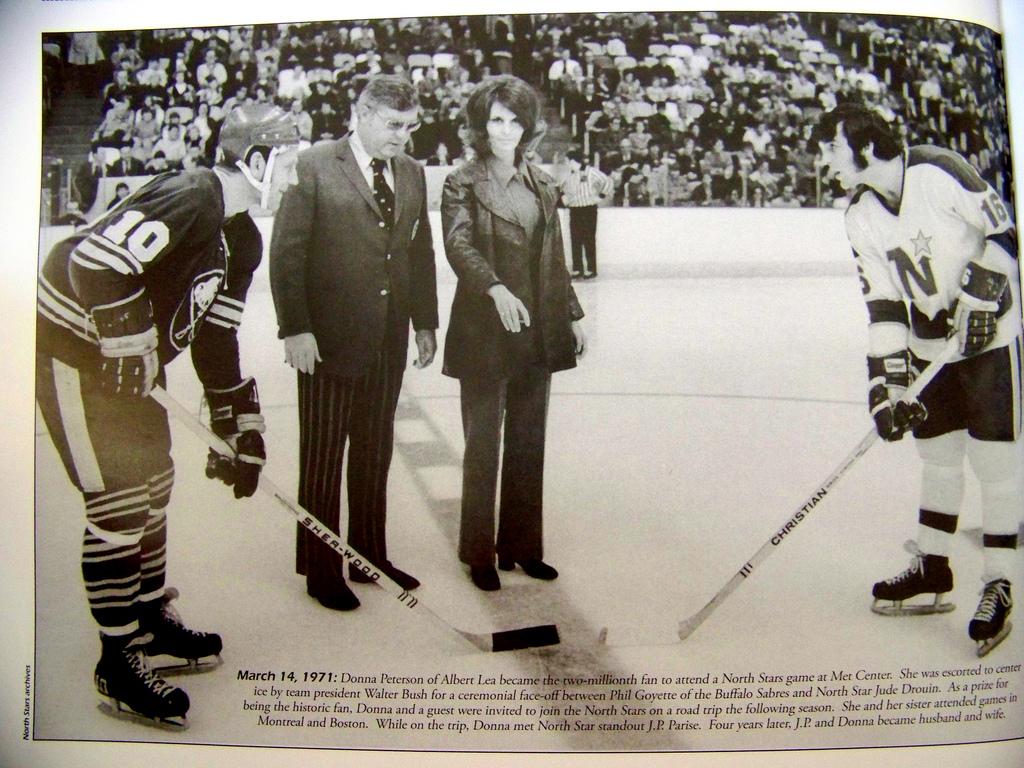