"Putting On The Foil"

The year was 1977....Famed actor Paul Newman was walking down the streets of Johnstown, Pennsylvania with a buddy. As he and the buddy walked into a local restaurant, an excited fan sprinted up and exclaimed,

Newman's jaw dropped open....this fan had failed to recognize him and was fawning over his buddy, a Minneapolis kid named Ron Docken. As Docken politely signed an autograph for the fan, he introduced her to his acting friend. She still wanted Docken's autograph and thanked him as she wandered off.

Who was this Minneapolis kid named Ron Docken who had admiring groupies?

To start, he was the backup goalie for the Charlestown Chiefs in the iconic hockey movie Slapshot. Proof it is him appears when the credits roll at the end of the movie and they state that Ron Docken played the 'goalie with splinters' in his rear end as the backup goalie named LeBrun! He did actually get a little ice time in the movie, filling in for the starting goalie, Dennis Lemiux, when Lemiux was injured. Paul Newman played the aging player/coach, Reggie Dunlop. Docken and Newman hit it off and while filming the movie the two could be seen often around Johnstown hanging out together.

But, Ron Docken wasn't an actor. He was a quite accomplished hockey goalie. Docken grew up in South Minneapolis and played for Minneapolis Roosevelt High School in the mid-1960's. In 1966, he led the Roosevelt Teddies to the Minnesota State Hockey Championships and played so well there that he was named to the All State Tournament Team – the only Teddy that year to receive that honor.

Hockey didn't end there. The University of Minnesota Golden Gophers called and Docken spent three seasons – 1967-1970 playing for the Gophers. In 1971, Docken was signed by a minor league professional team, the Johnstown Jets, where he played over 200 games in the crease as the Jets 'goal robber'. Though not well known outside of Johnstown, he was a fan favorite and thus, more recognizable on the street than one of Hollywood's greatest actors ever.

It was in 1977 when the filming crew and Paul Newman descended on the town of Johnstown to film the epic hockey movie, Slapshot. They needed extras and they tapped the local Johnstown team and this is how Ron Docken got his “15 minutes” of Hollywood fame. Several of his teammates also were called on for the movie – including “The Hanson Brothers”, three insane skaters known for their horn-rimmed glasses and their chaotic fighting that turned the Chiefs from a horrible team into a fan favorite winner.

Today, Docken is retired from hockey and lives/works in the Twin Cities.

With this article, Ron Docken has been inducted into the Minneapolis Hockey Hall of Fame. CLICK HERE to visit the Hall of Fame. 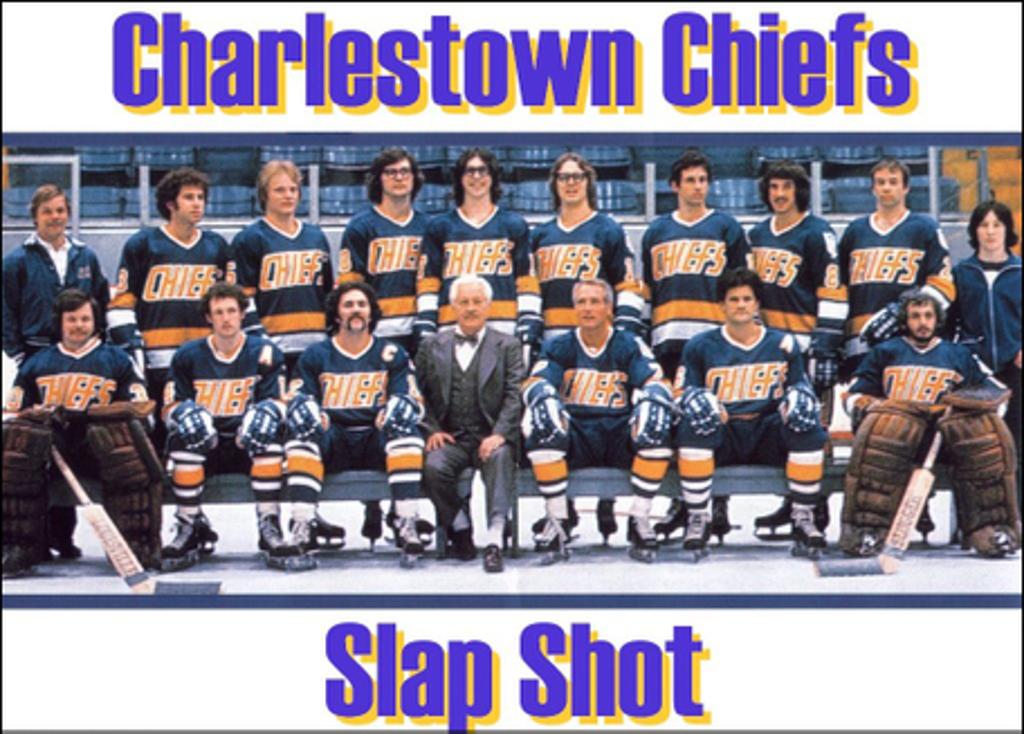 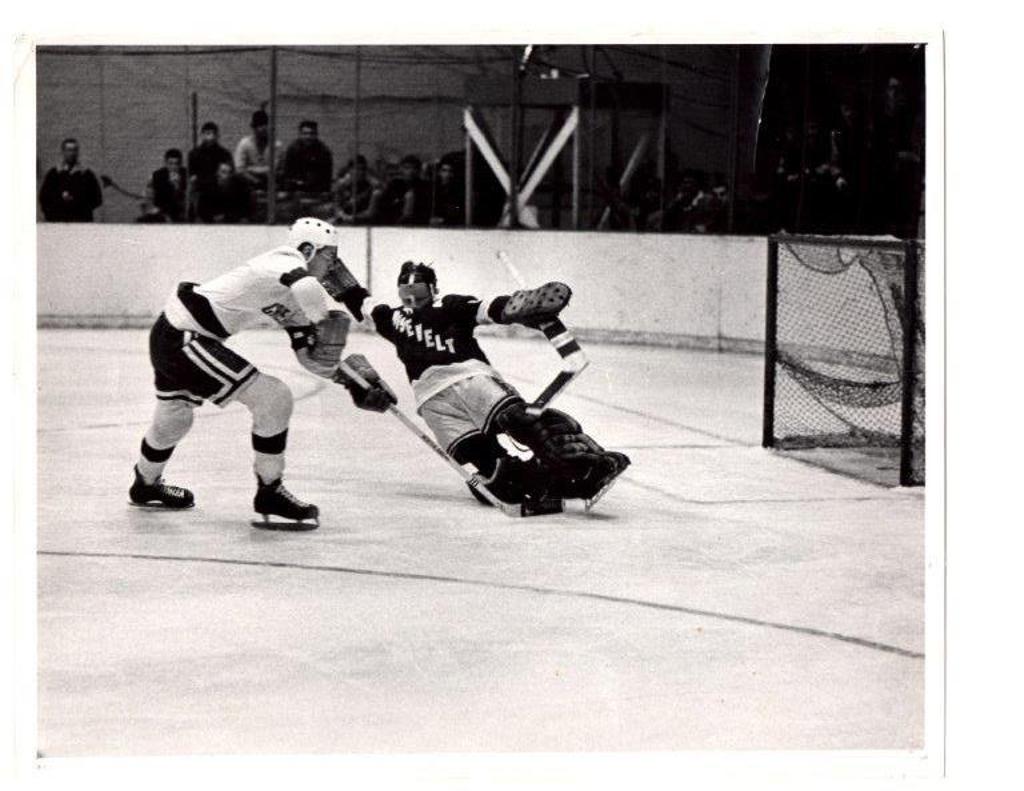 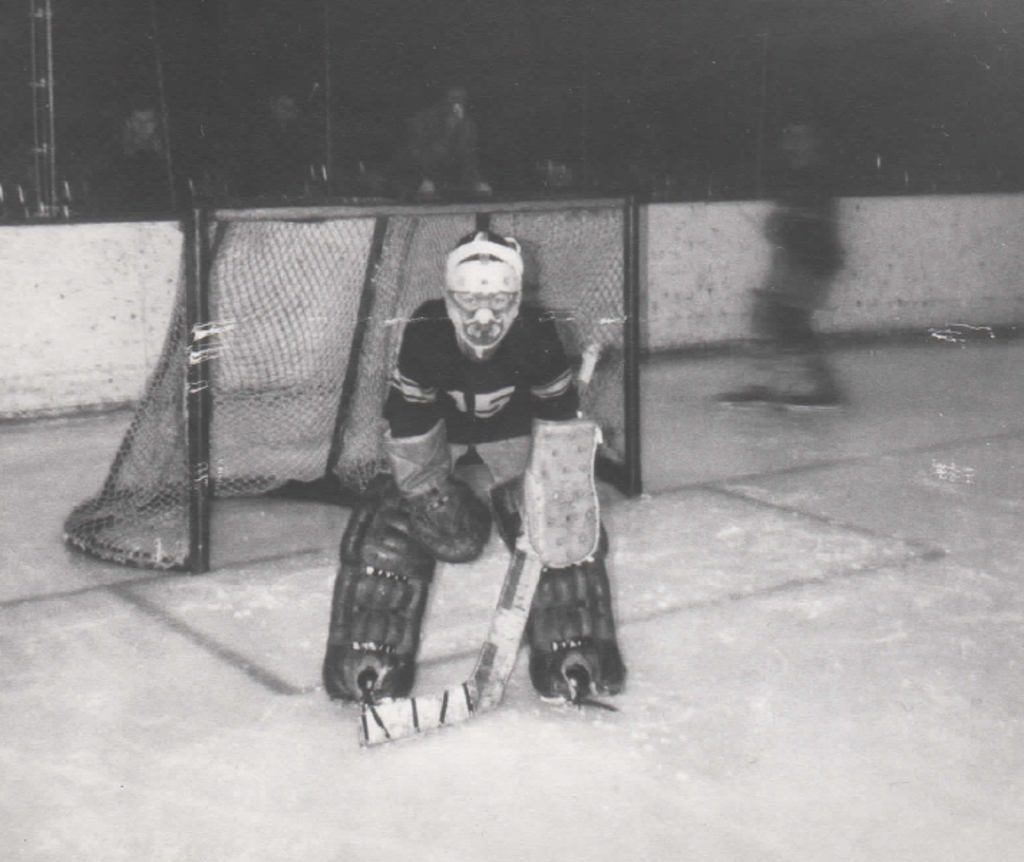 Docken in his Minneapolis Park Board Hockey Days 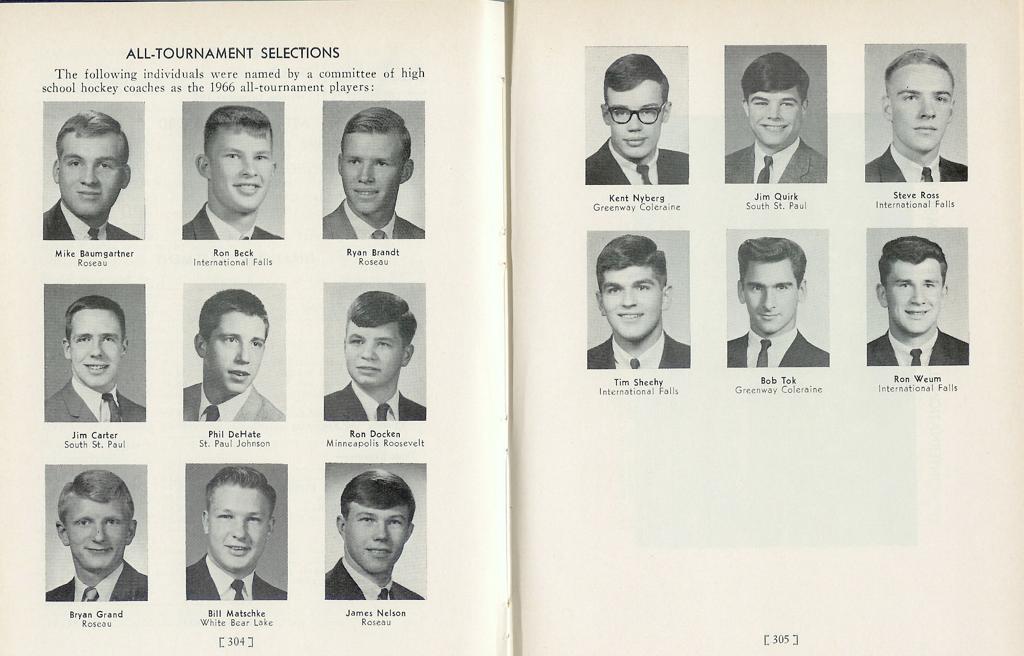 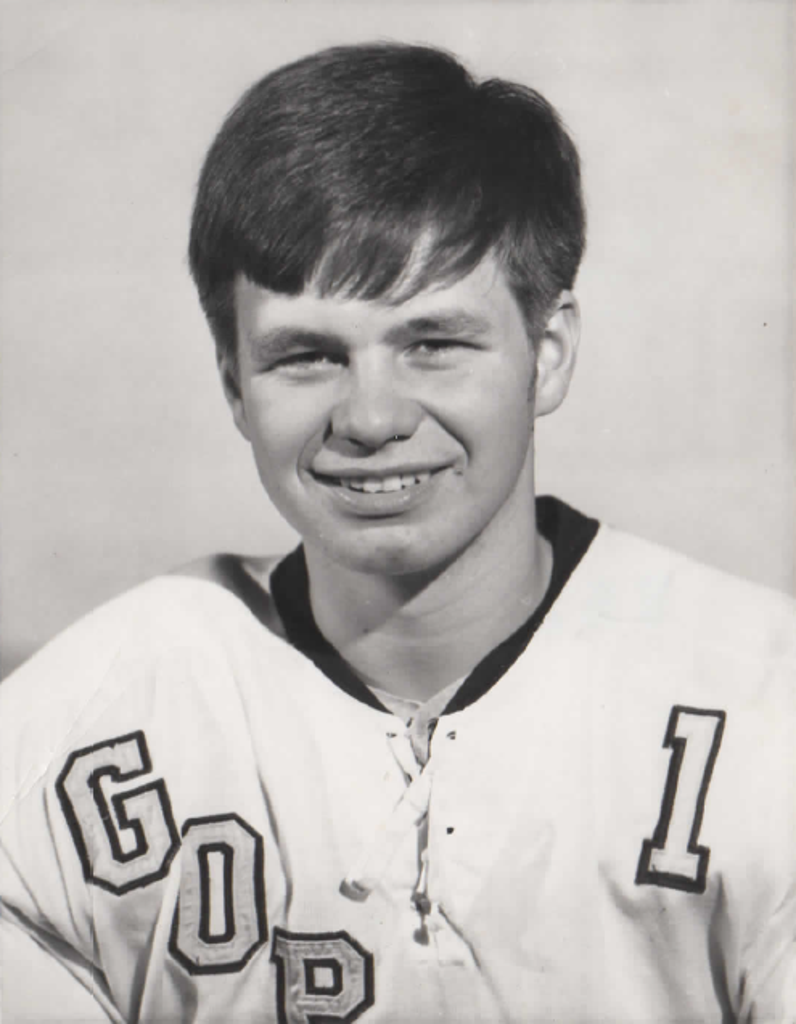 Docken as a Minnesota Gopher 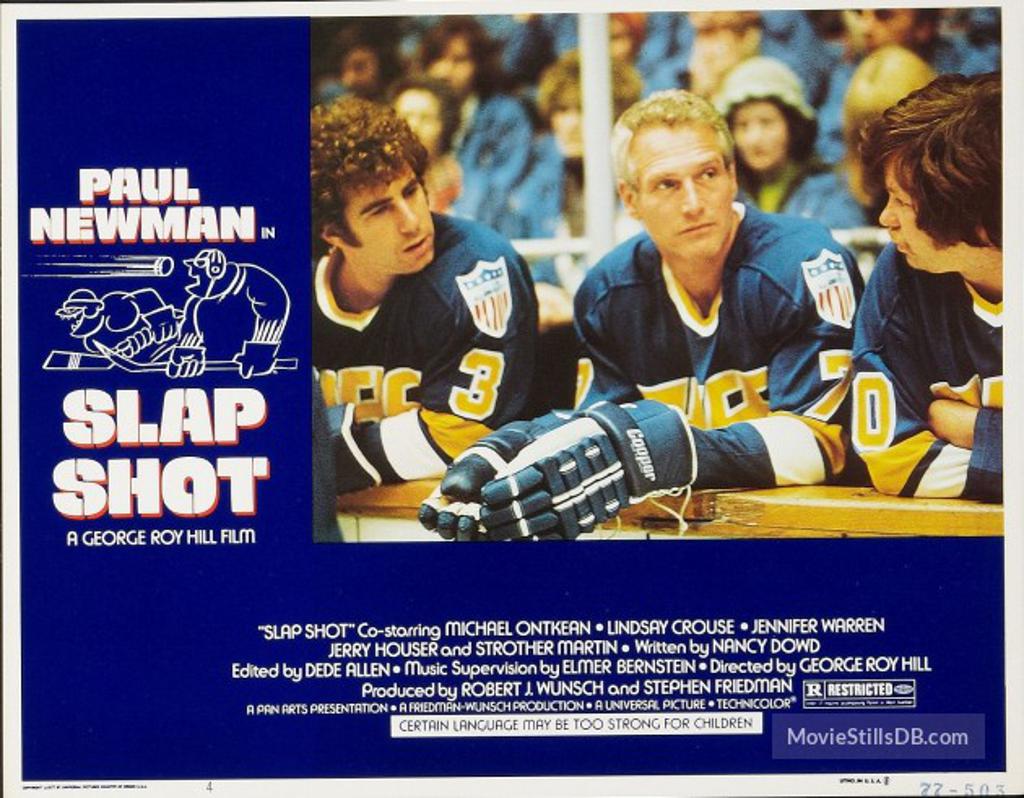 Lobby card for the movie Slapshot. Ron Docken to the right of Paul Newman 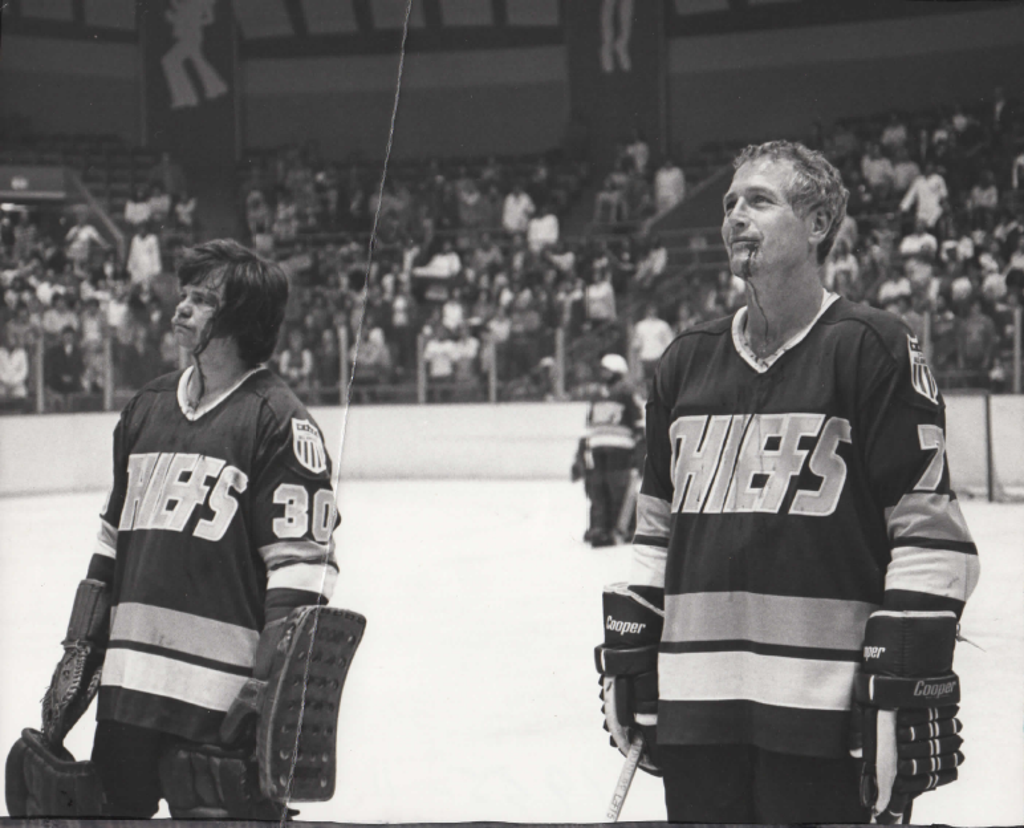 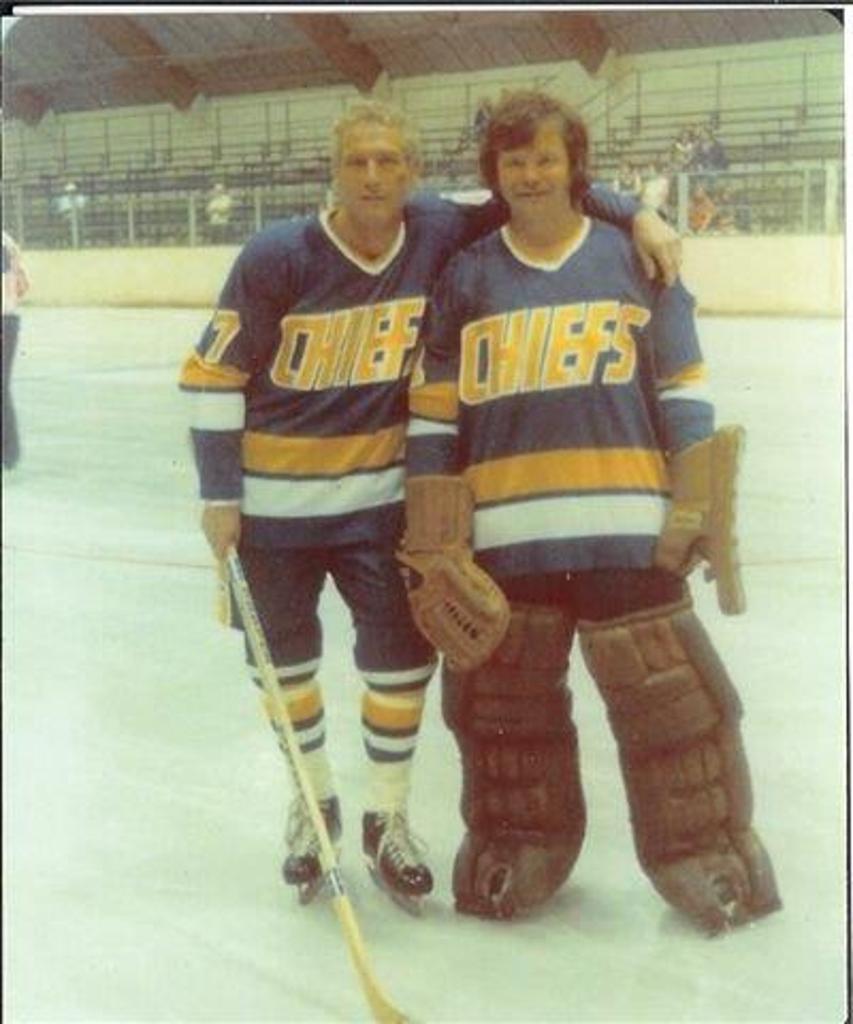 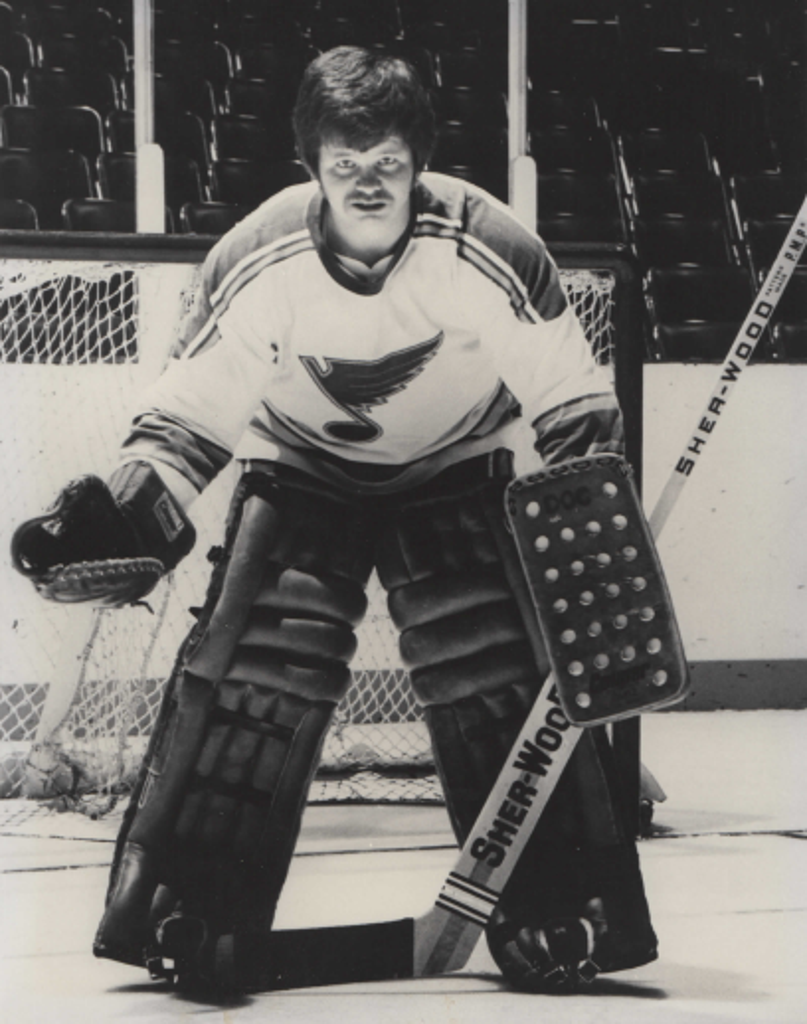 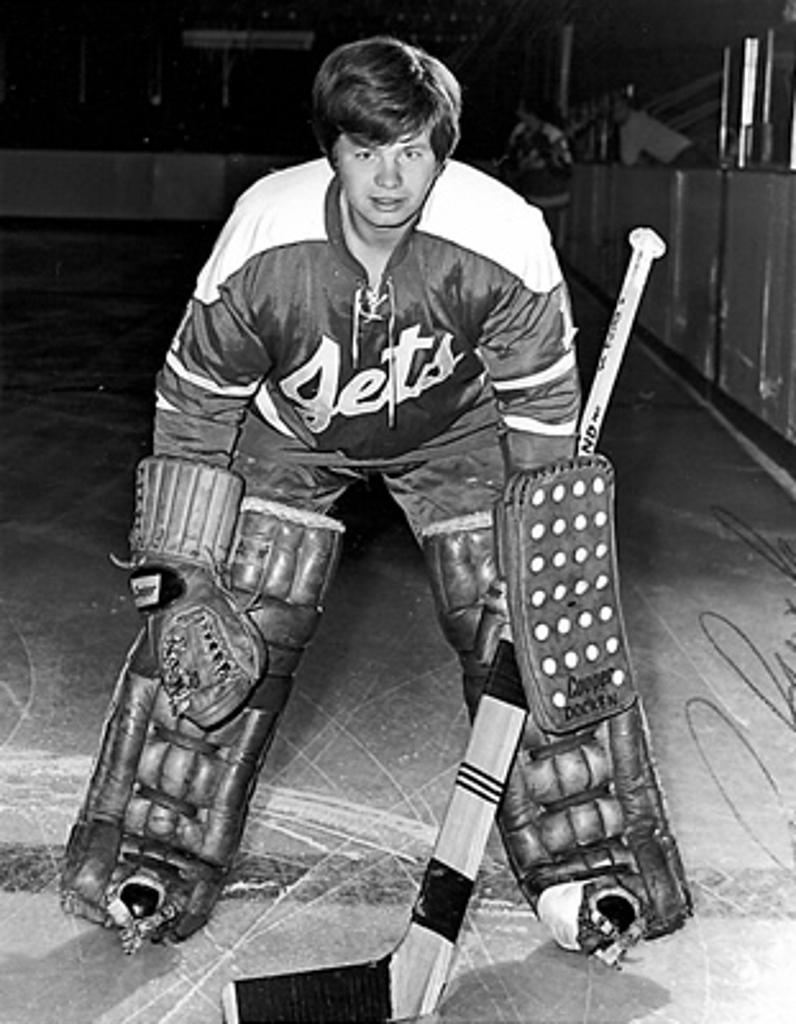 Docken with the Johnstown Jets