One of Three Minneapolis Players To Have Won the Stanley Cup!

Virgil Johnson lived the life of a hockey pro in the golden age of wool sweaters, soft-toe skates and “dryland training” at the bar.

The whistle blew. Blackhawks and Red Wings players glided to a stop and a hush fell over the capacity crowd. “I lof my teef!” someone yelled. “Fomeone flammed me and I lof my teef.” A Blackhawk defenseman was pointing to his mouth, and as players from both sides scanned the ice, the crowd pealed with laughter. It wasn’t until after the game that Virgil Johnson found his fake choppers in the melting slush pit of the Zamboni room. He happily popped them into his mouth and headed off for a Manhattan and a steak. Old time hockey!

The  Minneapolis son of Swedish carpenters, Virg Johnson led a long and happy life in professional hockey: 22 years of playing and coaching that culminated in a Stanley Cup victory with the 1938 Chicago Blackhawks – a team that rostered eight American players (five of them Minnesotans)  at a time when the NHL was completely dominated by Canadian skaters.

Virgil Johnson was born in 1909 in Minneapolis, and he lived with his extended family in the Camden neighborhood of North Minneapolis amidst lumbermen, carpenters and other craftsmen. Young Virg was a gifted athlete who played baseball, football and hockey at Minneapolis North High School. He was the All-City Football Quarterback in 1927 and 1928. He even coached the hockey team in 1929. His talents on the blue line were duly noted by the University of Minnesota and Notre Dame, who tried to recruit him. But Johnson had his heart set on playing professional hockey. In 1931, he wrote directly to the management of the Chicago Blackhawks, asking for a tryout. The Hawks obliged him -- but they weren’t ready to sign the young player from North Minneapolis.

Johnson wouldn’t easily be turned away from his dream though, and he returned to Minneapolis to captain the semi-pro Minneapolis Millers of the American Hockey Association from 1931 to 1934. The St. Paul Saints then took over his contract from 1934 to 1937.

Then, in 1937, Chicago Blackhawks owner Bill McLaughlin had a crazy idea. He wanted to create a team that was made up of US players to help build the popularity of the sport. To that end, he hired Johnson as a defenseman along with seven other US players.

The 1937-1938 Blackhawks would squeak into the playoffs with a dismal 11-25 record, but they’d go on to win the cup with dramatic victories against the Montreal Canadians, the New York Americans, and the Toronto Maple Leafs. Those ’38 Hawks – the original “Cinderella Story” team -- are still the NHL franchise with the worst regular season record ever to win the Cup, and it would take Chicago another 25 years to win Lord Stanley’s sipper.

For the next 15 years, Virg Johnson continued to skate professionally with the Millers and the Saints, and he even returned to the Blackhawks for two seasons from 1943-1946. Finally retiring “officially” from the rink in 1952, Johnson continued to be a presence on rinks where he was rumored to have actually gotten better with age. He was a deft stickhandler and a stay-at-home defenseman who’d always had the admiration of coaching legend John Mariucci. At Johnson’s induction into the US Hockey Hall of Fame in 1972, the Maroosh said, “He was one of the smallest defensemen in the league, but very effective. He was a magician with his stick. He was like a terrier after a rat when he moved in and stole the puck. He could do it against the best stick handlers.”

Old Time players rarely got rich playing hockey, so Johnson had been a union carpenter during the off-season his whole life. He reported that his NHL contract in 1944 paid $5000, with a potential playoff bonus. “When we won the Stanley Cup in '38 we got $500 and a watch,” he told friends.

In 1975, Virgil Johnson retired to a cottage he’d built on Lake Minnetonka, where he continued to have easy access to steak dinners, cocktails and Old Time hockey friends. He died in 1993, a man rich in friends, family and stories.

With this article, Virgil Johnson enters the 100 Years of Minneapolis Hockey Hall of Fame. Check out the other members by CLICKING HERE

Have someone you think is worthy of entering the Hall of Fame? Email Steve Jecha at steve@jecha.com to submit them. 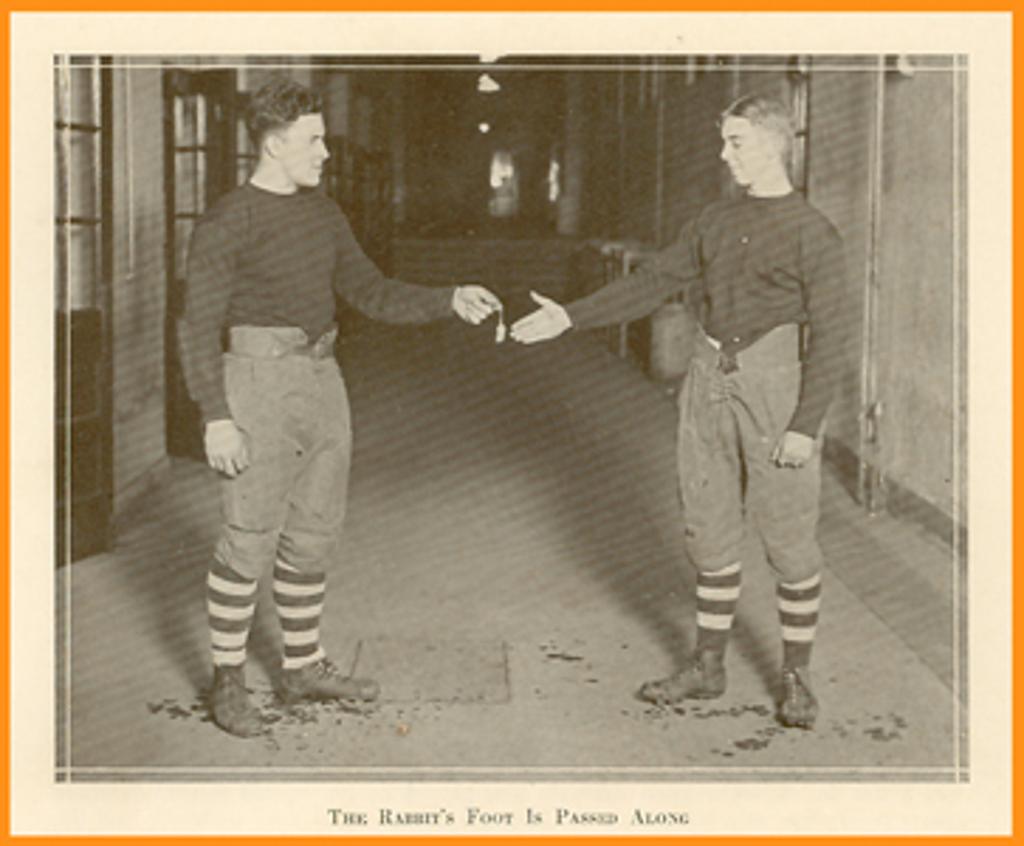 A multi-sport athlete at North High School, Virgil Johnson (right) also led on the gridiron where he quarterbacked the team (1926-28).

Inducted into the USA Hockey Hall of Fame - 1974 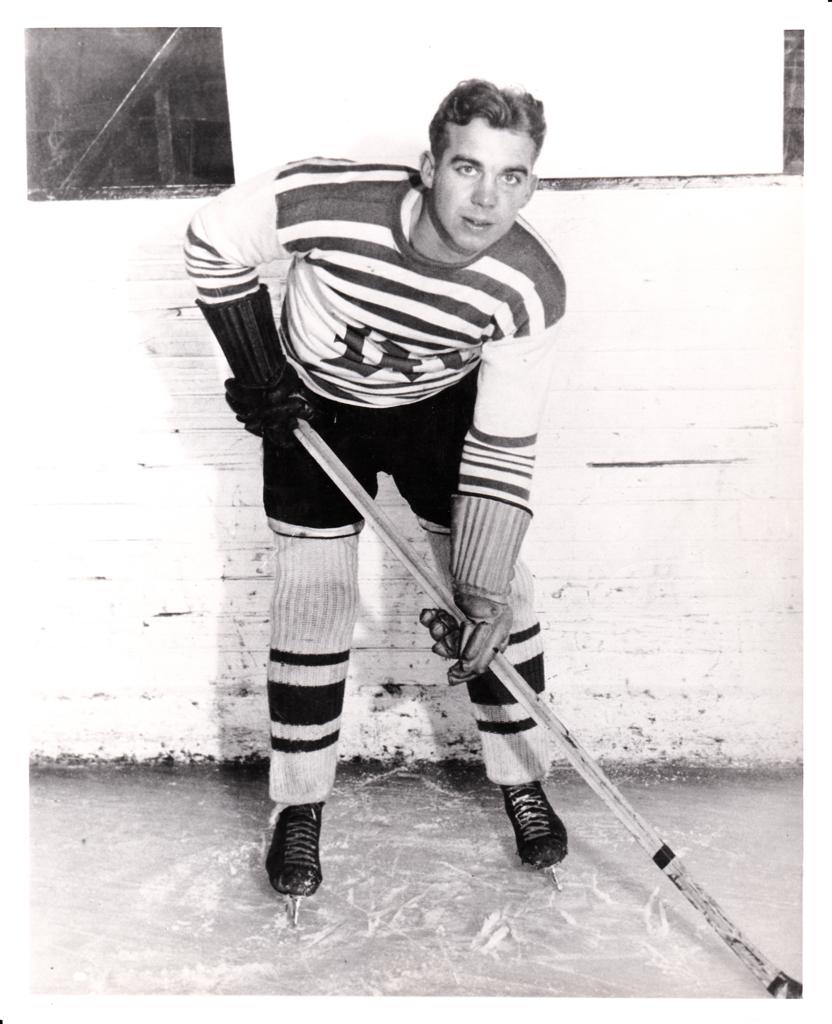 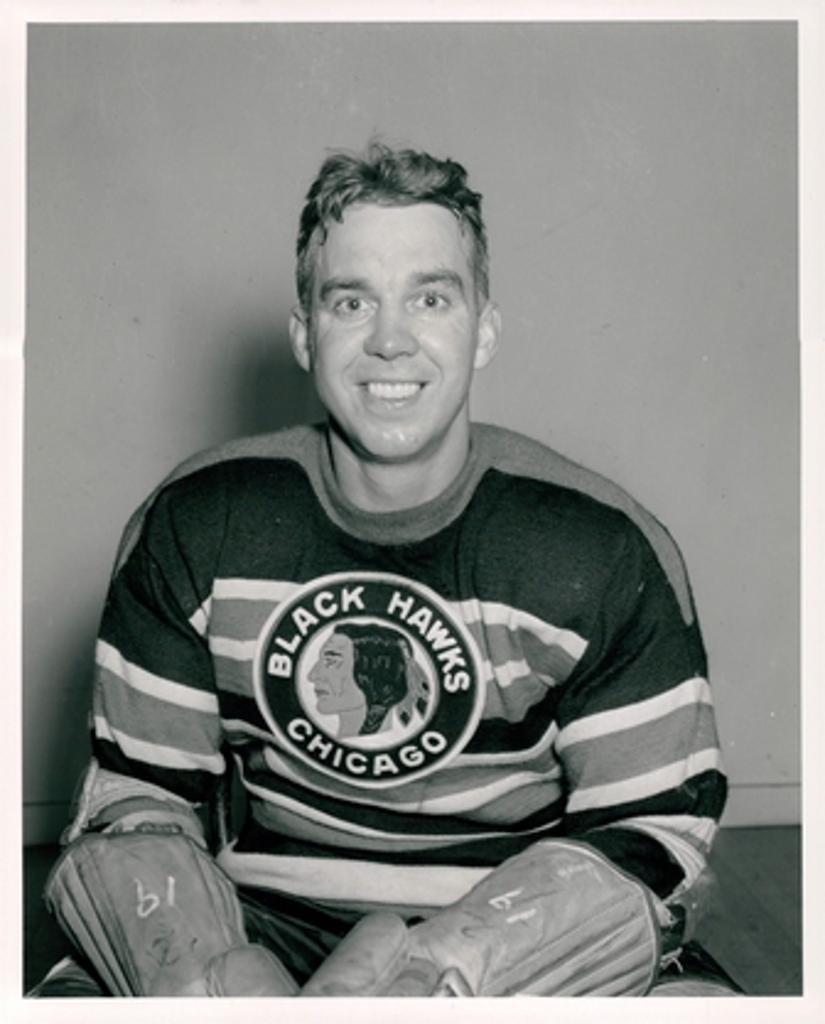 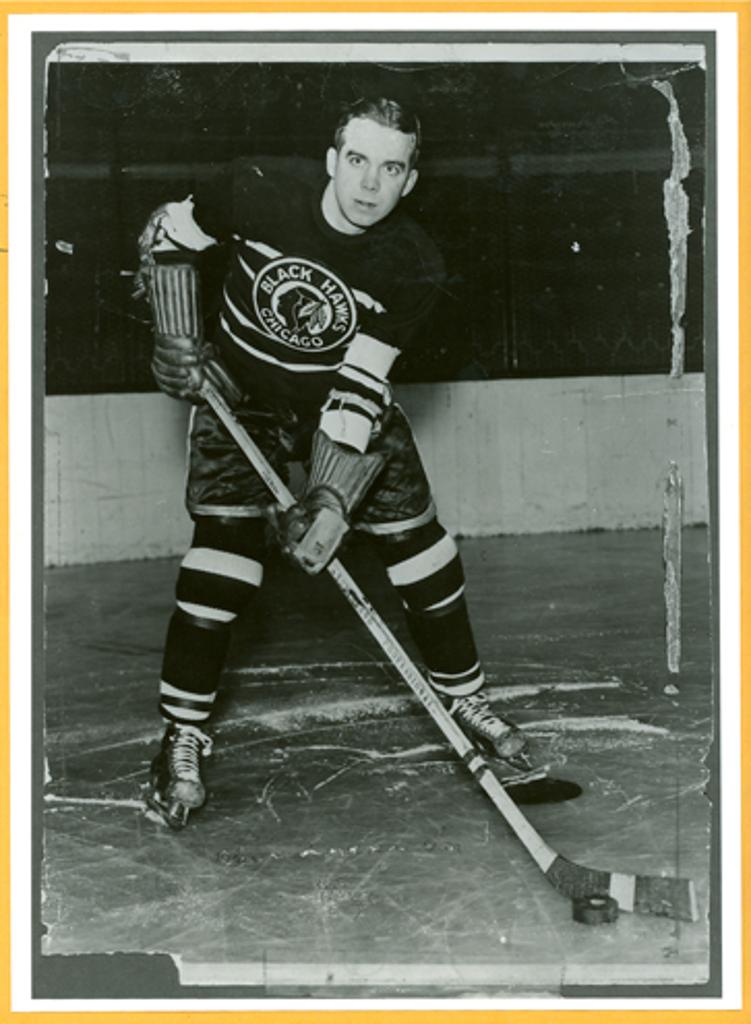 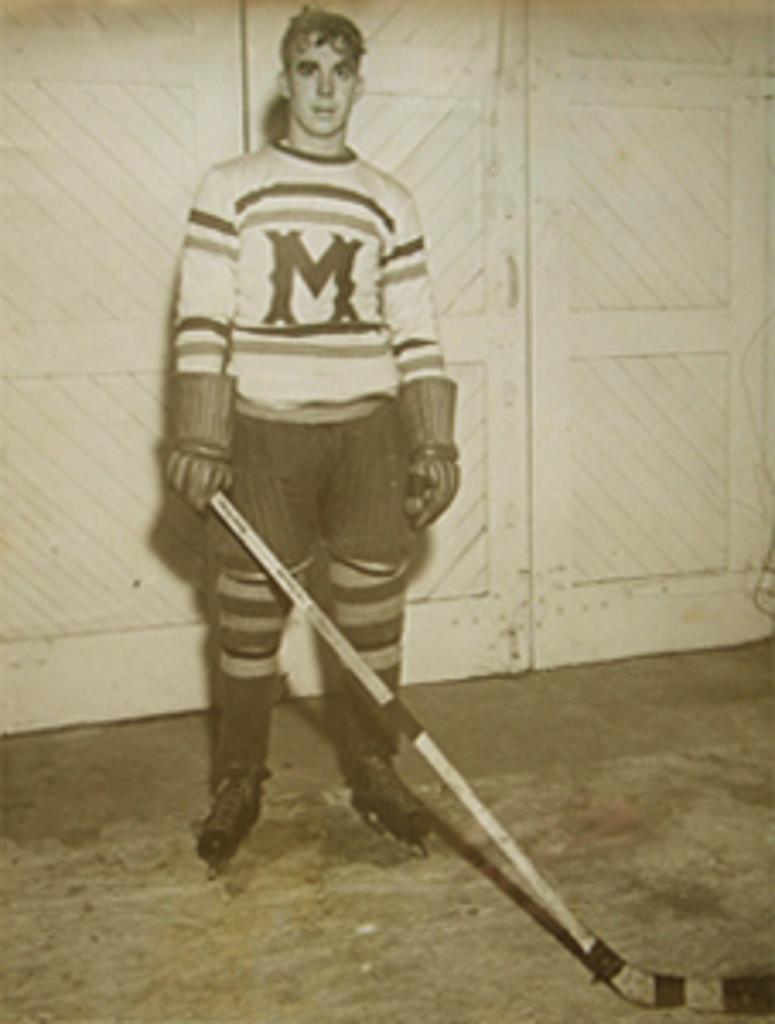