A Great Day For Hockey

Minneapolis Has an Answer for St. Paul’s Herb Brooks

“It’s a great day for hockey!” Who said it:  A Minneapolis high school teacher, a Golden Gopher centerman, a legendary Wisconsin hockey coach, or a Stanley Cup winner?   If you said all of the above, you’d be right.

“Badger Bob” Johnson is one of the most beloved and celebrated icons of American hockey. In spite of long being associated with Wisconsin college hockey – or even the hated Pittsburgh Penguins, whom he coached to a Stanley Cup victory over the Minnesota North Stars in1991 – Johnson’s ties to Minneapolis were strong and sustained.

Born in Minneapolis in 1931,  Badger Bob first played hockey in the City Park Board League, where he even started coaching – at the ripe old age of 13.  As a center for the Minneapolis Central High School hockey team, he earned all-star honors. His skills got him recruited to play for the University of North Dakota, but after a year in Grand Forks, Johnson transferred to the University of Minnesota where he played for coach John Marriucci from 1952-1953. As the Gopher’s leading scorer, he led the team to two conference championships.

After college, Johnson became a high school teacher. His first gig?  Hockeytown, USA – Warroad, Minnesota.  After a few years there, he moved back to Minneapolis to teach history and coach hockey at Minneapolis Roosevelt High School.  It’s said that he kept a hockey stick in the classroom as a pointer for chalkboard lectures. But he must have been teaching more than history, because he led the Teddies to the Minnesota State High School Hockey tournament  three times between 1957 and 1963 .  He was fast establishing himself as a great coach.

So great, in fact, that Colorado College came calling. In 1963, he made the jump to coaching at the Division 1 collegiate level. 1966 is the year he took over the bench at the University of Wisconsin at Madison, and there he earned his nickname by leading the Badgers to seven NCAA tournaments. Under Johnson, Wisconsin won three national championships in 1973, 1977, and 1981.

For a normal person, even a very successful normal person, that would have been more than enough for a lifetime. But this native son of Minneapolis was hardly halfway done with his hockey career.  His success at Wisconsin inevitably led to a call from the NHL, and in 1982 he became head coach of the Calgary Flames.  At the same time, he’d become involved in international hockey, coaching numerous national teams including the 1976 US Olympic team.  (His personal contributions were even biological! He was the father of Mark Johnson, a key member of the Miracle on Ice team that won the gold medal in 1980. Today Mark is the head coach of the women Badgers hockey team.)

In 1987, Badger Bob left the NHL to become the director of USA Hockey, taking over leadership of the national governing body of youth hockey , headquartered  in the town where he’d gotten his start coaching college hockey, Colorado Springs.  It wasn’t  long though before the NHL came calling again. This time, the hapless Pittsburgh Penguins, a team that barely cracked a .500 winning percentage in 1990, lured him East.  In his first year back behind the bench, Johnson led the Pens – and a young superstar named Mario Lemieux—to a Stanley Cup championship, beating the Minnesota North Stars in a hotly contested and well remembered battle that still wrankles North Stars’ faithful.

How much more could Badger Bob, one of Minneapolis’ most accomplished hockey enthusiasts, achieve?  Tragically, we’ll never know. He died suddenly and unexpectedly of brain cancer in 1991, just 5 months after earning his name on the Stanley Cup.

Though perhaps less famous outside of hockey circles than his cross-town rival, St. Paul’s Herb Brooks,  Minneapolis’ Bob Johnson is acknowledged as one of the most successful and beloved hockey coaches in the history of the sport.

Do you have someone you think should be placed in the Minneapolis 100 Years of Hockey Hall of Fame? Email Steve Jecha at steve@jecha.com with your suggested inductee.

Visit our Minneapolis Hockey Hall of Fame by CLICKING HERE 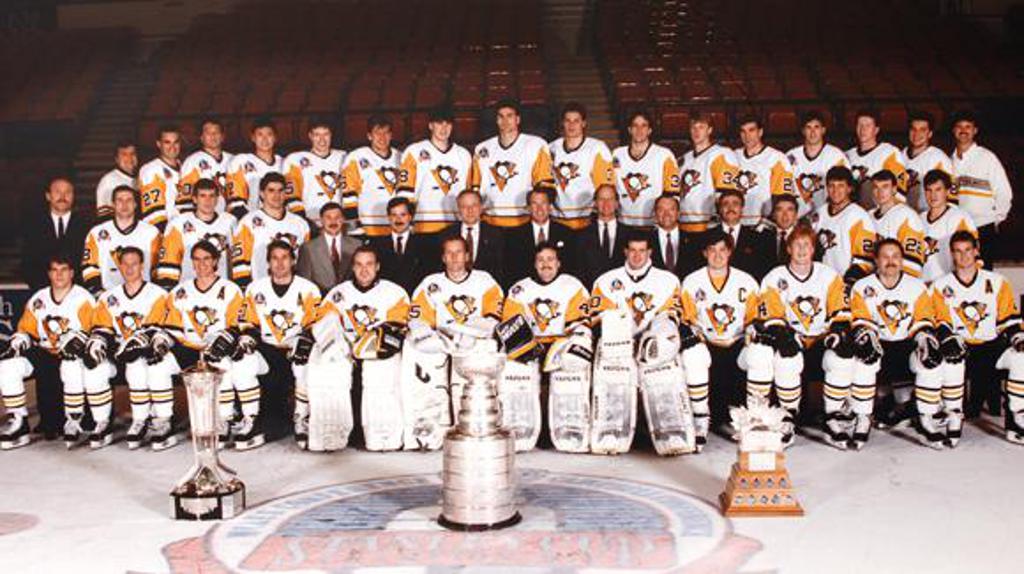 Badger Bob Coached the Pittsburgh Penguins to the '91 Stanley Cup 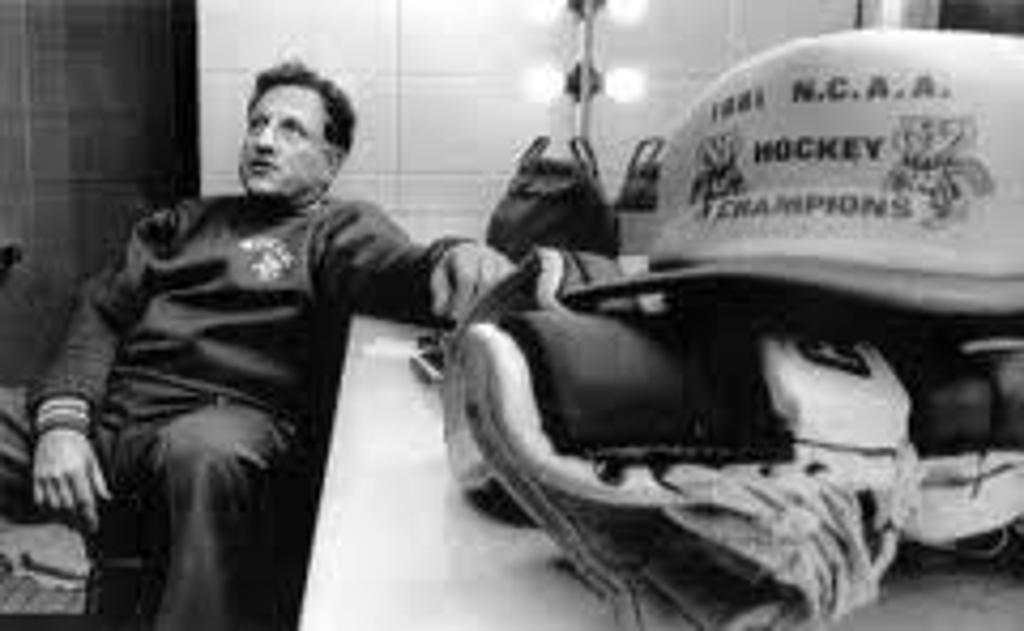 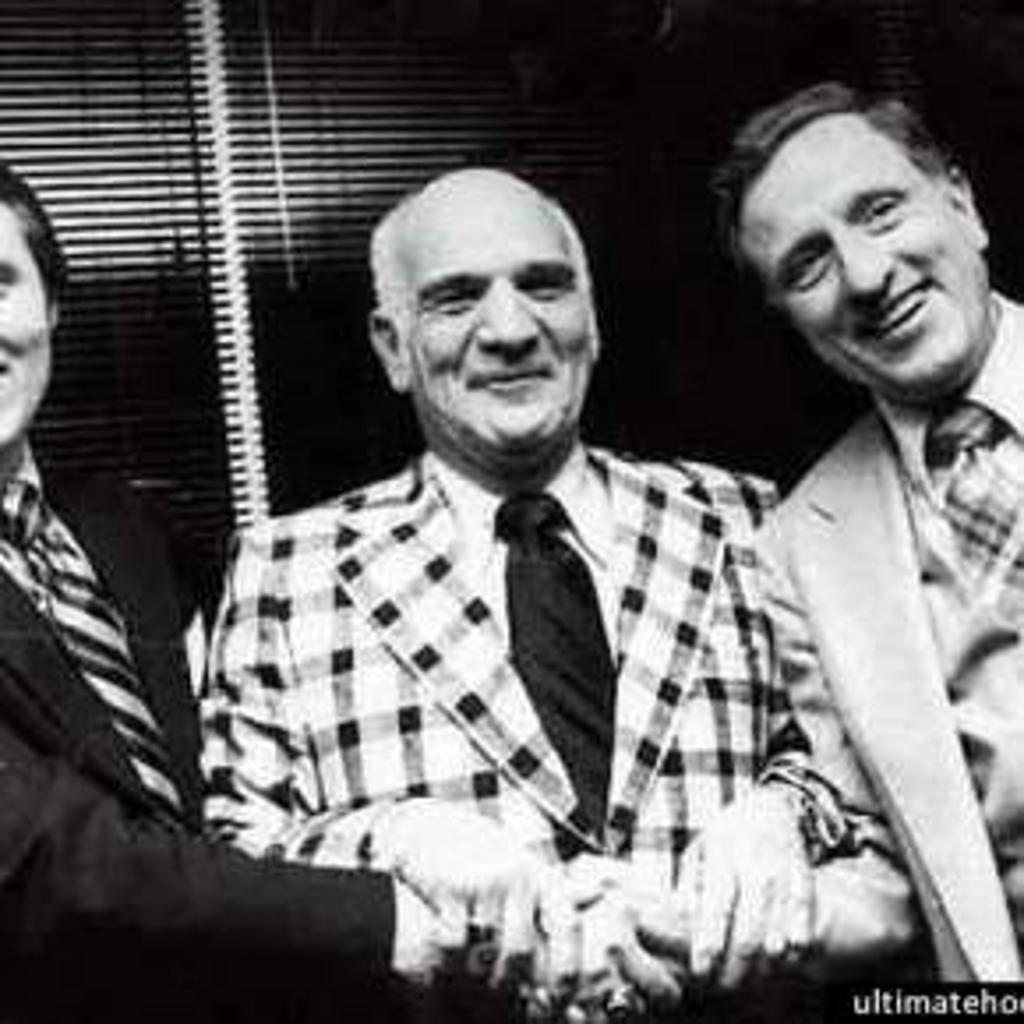 Badger Bob with one of his coaches while playing for the U of M, John Mariucci