Shot Heard 'Round The World....

From Sibley Park in South Minneapolis to NHL All Star

Urban legend has it that in the late 1960's at the South Minneapolis Sibley Park outdoor hockey rink they would have to put brand new boards up each year. Vandalism was not the cause, but rather an act of nature....a kid with an incredible slapshot.

That kid was Reed Larson. Born in 1956, he grew up honing his skills on outdoor ice at the small Minneapolis Park. Back then, hockey was booming and there were neighborhood associations that fed the local high schools – South, Southwest, Washburn, West, Edison, Henry, North, and Larson's Roosevelt all had hockey teams with many of them among the top in the state of Minnesota.

While Larson's love was hockey, he also was a star football player at Minneapolis Roosevelt High School where he played from 1972 to 1974. In 1974, Larson led Roosevelt to the Minnesota State High School Hockey Tournament – a very difficult road when one considers they had to get past Washburn, Southwest, and South high schools which all had their own stables of superstars. Roosevelt's lineup included other future Division 1 college players including Mike Knoke and Wayne Larson.

Larson played Division 1 college hockey for the University of Minnesota Golden Gophers and that is where he began to receive the reputation as the guy with the amazing slapshot. Goalies feared it...shot blockers shied away from blocking it! In his first year with the Gophers he was named the Rookie of the Year and he didn't slow down. Just like in high school, he lead his team to the top....winning the NCAA National Championship for the Gophers in 1976.

His skills and slapshot didn't go unnoticed. He was considered the #1 defensman prospect coming out of American Colleges in 1976 and eligible for the NHL draft. The NHL took notice and he was the #22 draft pick in 1976, chosen by the Detroit Red Wings.

On February 12, 1977 Larson made his debut for the Red Wings against the Minnesota North Stars. He would become a legend in Detroit, playing ten years for the Red Wings. He was an NHL All Star three times and was twice named Detroit's Most Valuable Player (not easy for defensemen). When he left Detroit, he held virtually every defenseman record in the Detroit Red Wings history (as an original six NHL franchise...these records were pretty impressive), not bad for a kid from Sibley Park.

In 1987, Larson was traded to the Boston Bruins. He would play his last several years in the NHL with Boston, Edmonton Oilers, New York Islanders, Minnesota North Stars and Buffalo Sabres. He played in 904 games in the NHL, amassing an amazing 685 points (222 goals and 463 Assists). He was the third defenseman in NHL history (Bobby Orr and Denis Potvin were the others) to score 20 or more goals in five consecutive seasons. While with the Boston Bruins he made it to the Stanley Cup Finals.

Larson played several years in Italy to close out an incredible career. He was inducted into the US Hockey Hall of Fame in 1996.

Off the ice, Larson was very active with Detroit charities for developmentally disabled children. He was named the Detroit March of Dimes Hockey Sportsman of the Year in 1982-83 for his services.

With this article, we are inducting Reed Larson into the Minneapolis Hockey Hall of Fame. Visit the Hall of Fame by CLICKING HERE. 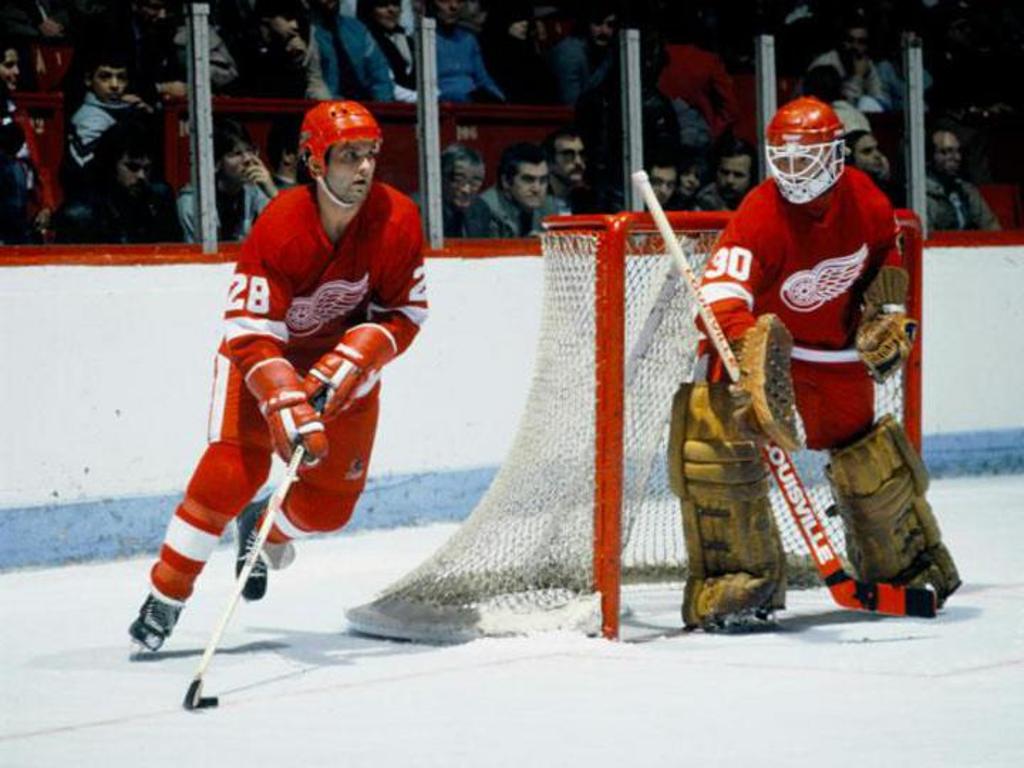 The Red Wings Reed Larson Breaks it out of the zone. 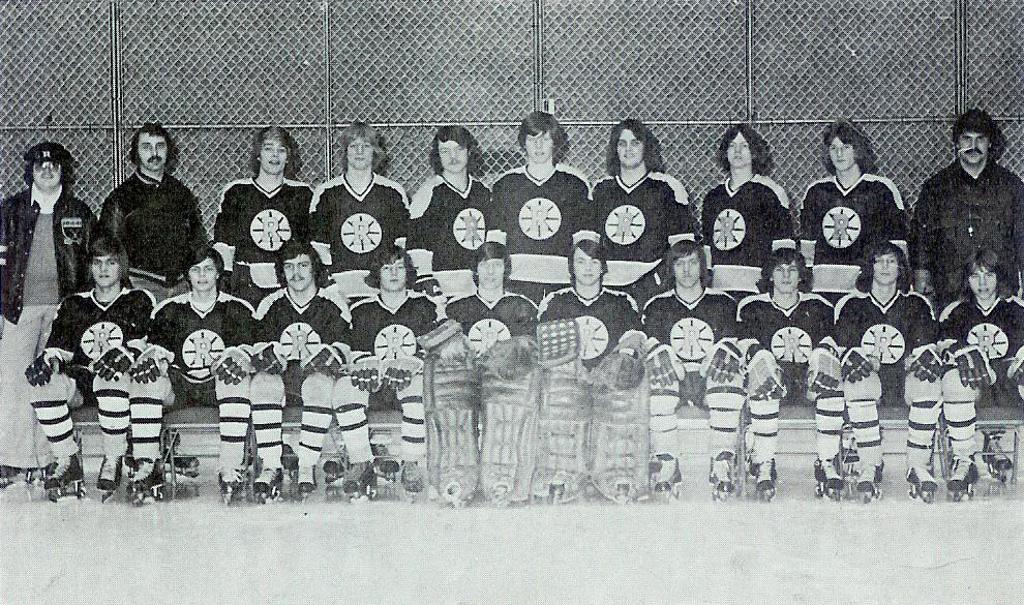 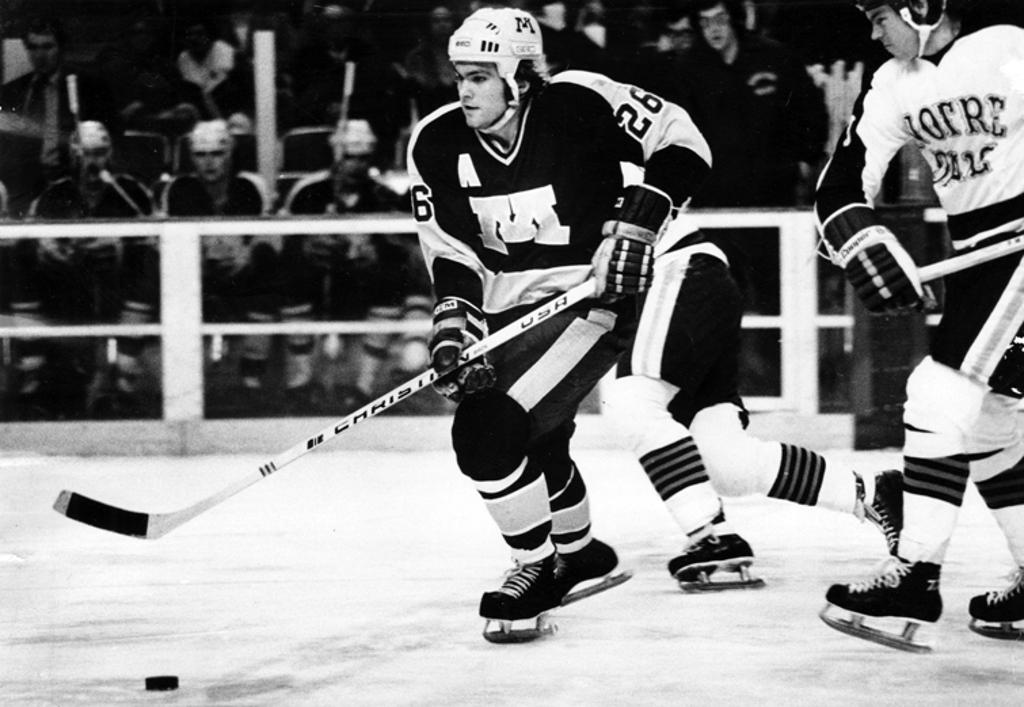