As Captain of the 1934-35 Minnesota Gopher ice hockey team Phil LaBatte, a hard checking defenseman, when informed that an opponent was confident they would beat Minnesota, responded “Bring em on, we’ll play em and we’ll beat em.”  LaBatte was accustomed to being victorious on the hockey rink.  In his 3 year career the Gophers almost always beat their opponents compiling a 45 win 8 loss record and three Western Conference Championships. The 1933-34 season included sweeps of Michigan and Wisconsin.  On February 10, 1934 Minnesota punished Wisconsin by a 7-0 margin.  LaBatte broke a scoreless tie by streaking with the puck from his own blue line to score what would be the game winner.  After collecting an assist, he added another goal for a three point game.

Playing for West High he and the Cowboys were Minneapolis City Champions in both his junior and senior seasons.  LaBatte was also a standout baseball and football player at West High.

After graduating from Minnesota in 1935, LaBatte brought his aggressive shut-down play to the Baltimore Orioles of the Eastern Hockey League.  His play was not limited to hard defensive checking he was also known for carrying the puck to the center line and from there raising a shot that would bounce in front of the goalie but beyond his reach creating scoring opportunities for his teammates.

In 1936 he was named to the U S Olympic hockey team which won the Bronze Medal at the Winter Games held in Garmisch-Partenkirchen, Germany. Newspaper articles written at the time highlight that LaBatte was a fan favorite of all the spectators, including the Germans, because of his skillful yet rugged play.  In the Americans 2-0 win over Czechoslovakia LaBatte’s two assists and his outstanding play at right defense earned him headlines and his picture in the New York Times, February 11, 1936.

LaBatte was the first University of Minnesota ice hockey player to compete in the Olympic Games.  When LaBatte’s hockey career concluded he became a prominent and respected referee in the American and Eastern Hockey Leagues.  As referees, he and Ivan “Ching” Johnson, former New York Rangers great,developed a close friendship which continued until Ching’s passing.  During World War II, LaBatte served overseas as a Naval Officer.  After the war he was employed by the General Accounting Office in Washington D C and later he was an Administrative Officer for the Veterans Administration.  In 1990 LaBatte was inducted into the Minnesota Olympic Hall of Fame.

Mr. LaBatte was an enrolled member of the Sisseton-Wahpeton Sioux Tribe, Sisseton, S D.  An announcement appearing in newspapers in Minneapolis and Sisseton in 1910 reported, on October 12th the marriage of LaBatte’s parents Eva Chalmers and Leonard “John” LaBatte:  “Grandson of Indian Chief Weds Minneapolis Artist’s Model.”  The article stated in part:  “On the edge of the reservation where her Indian husband was born, Eva Chalmers, a Minneapolis girl and a graduate of Mankato normal school was married to John LaBatte, a full-blooded Sioux.” Philip William LaBatte was born on July 5, 1911 and grew up at 39th and Aldrich in S W Minneapolis.  LaBatte began his hockey career in the 1920s at the Lake of the Isles rink, at that time one of only 4 Minneapolis rinks.  The Minneapolis Arena opened in 1924 and LaBatte skated there every chance he could.  He ultimately skated his way into becoming a Minneapolis hockey legend and a Minneapolis Hockey Hall of Famer. 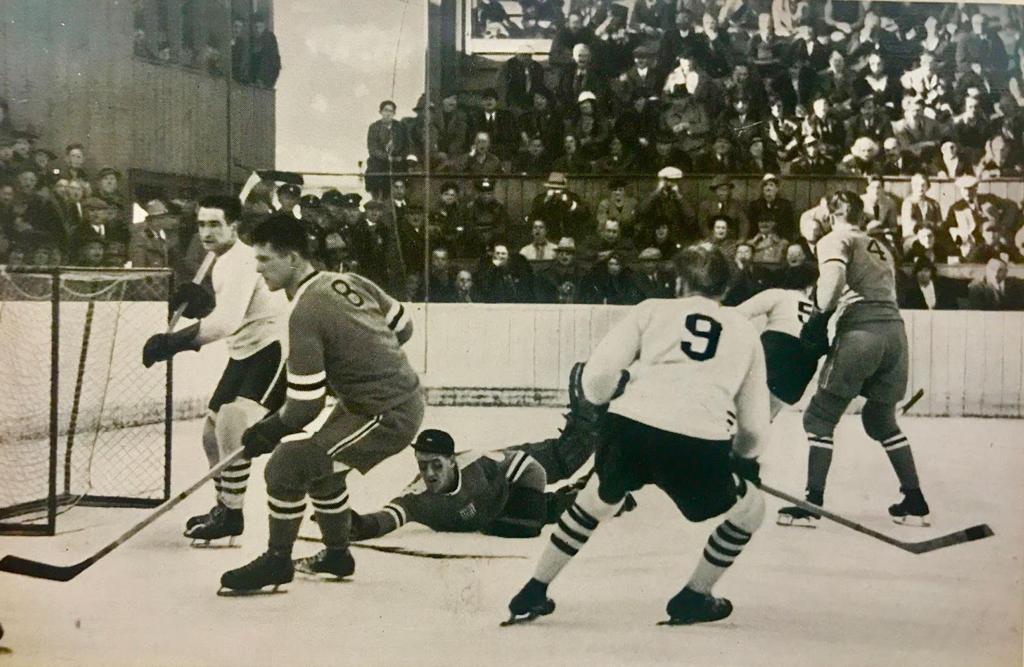 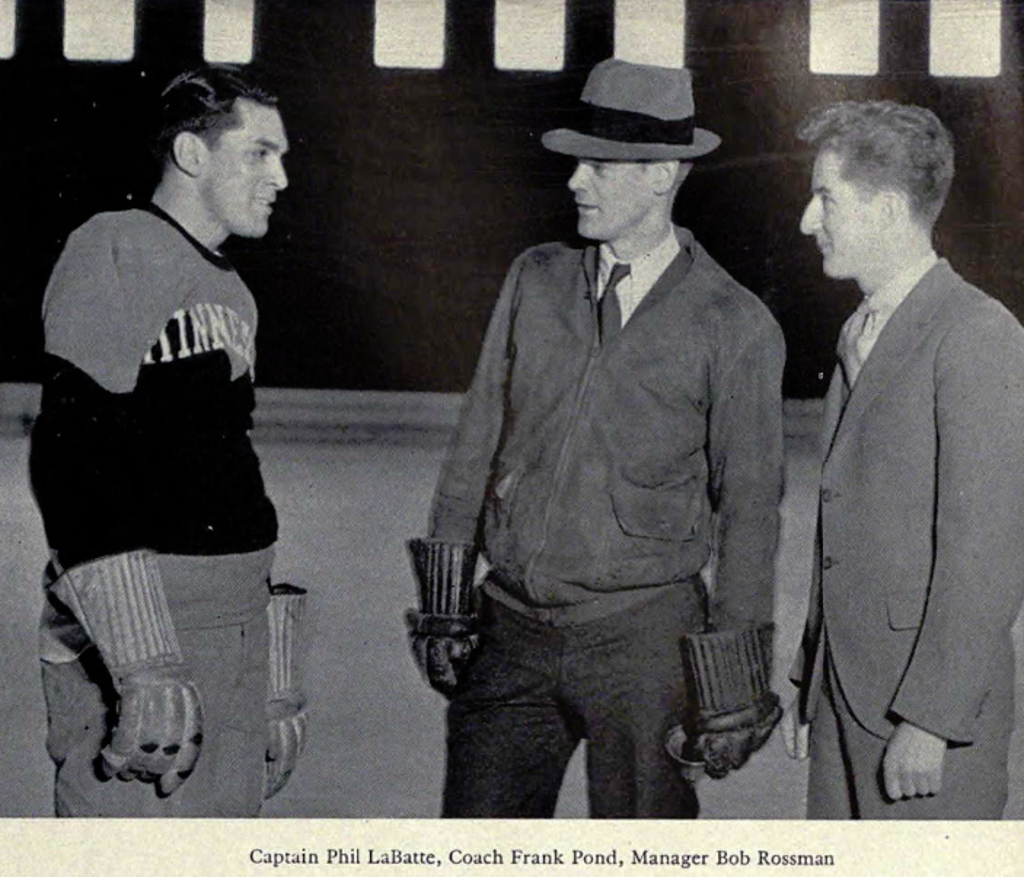 Respected Referee in the AHL and ECHL

Member of the Sisseton-Wahpeton Sioux Tribe 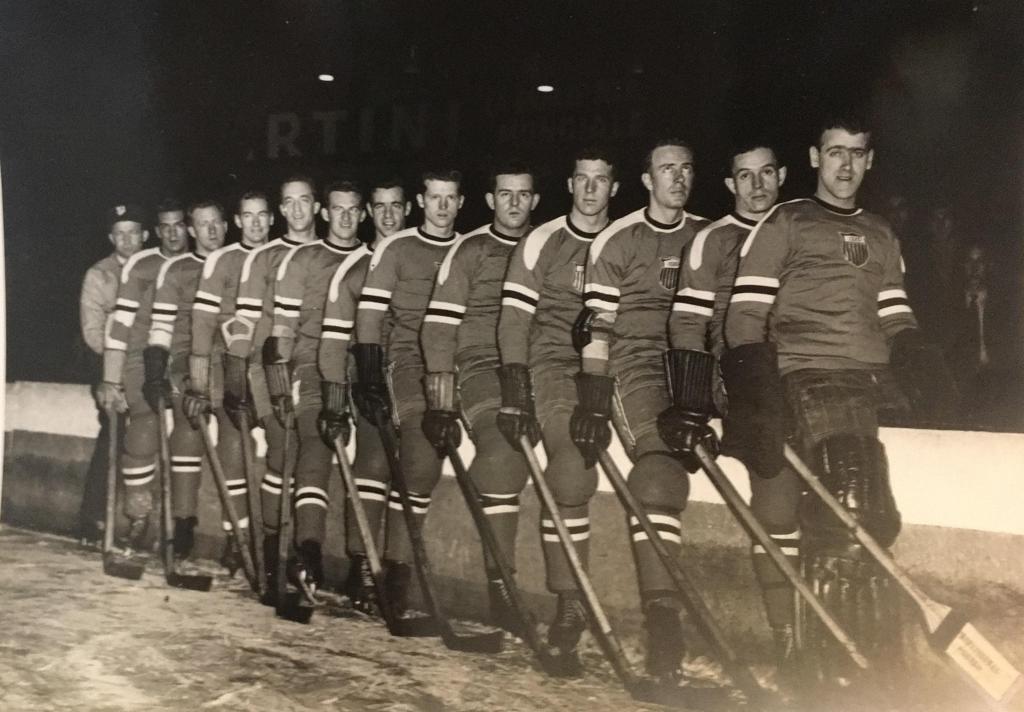 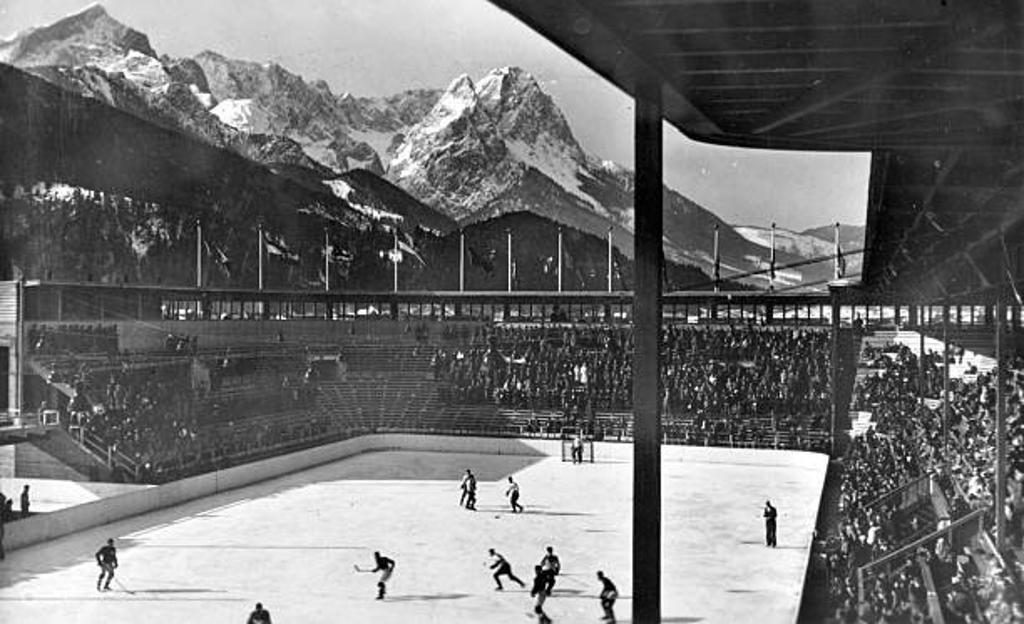 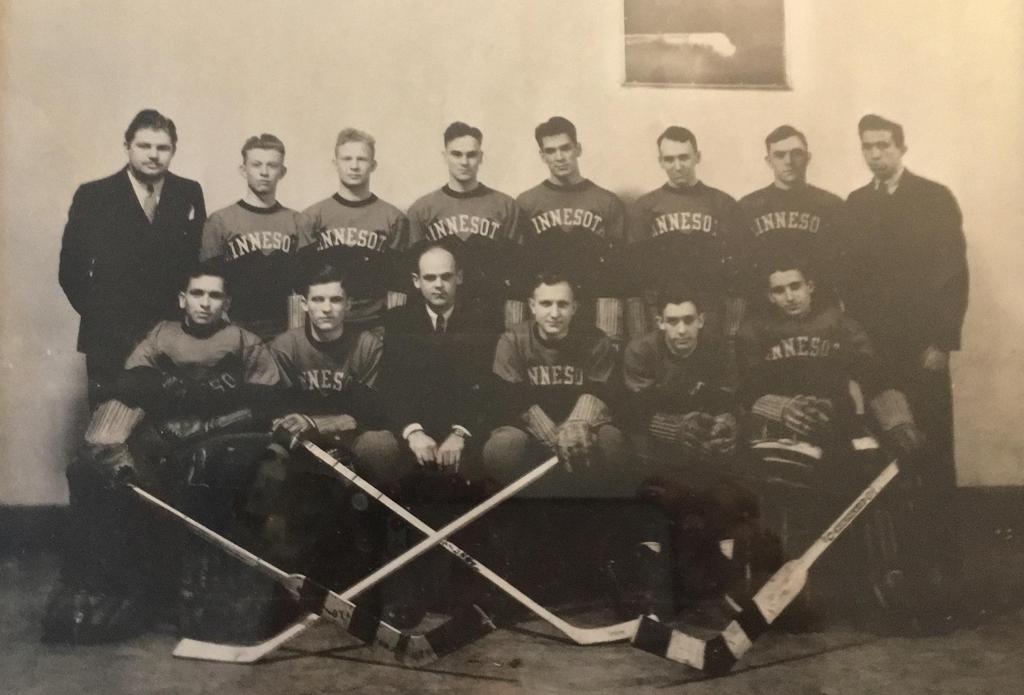 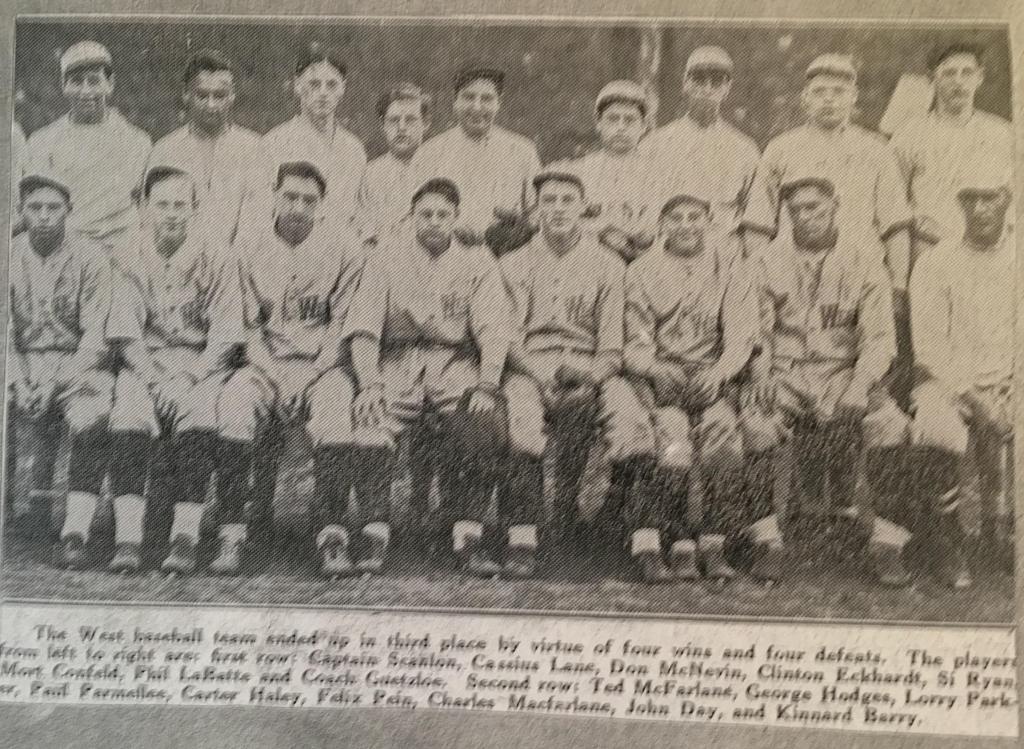 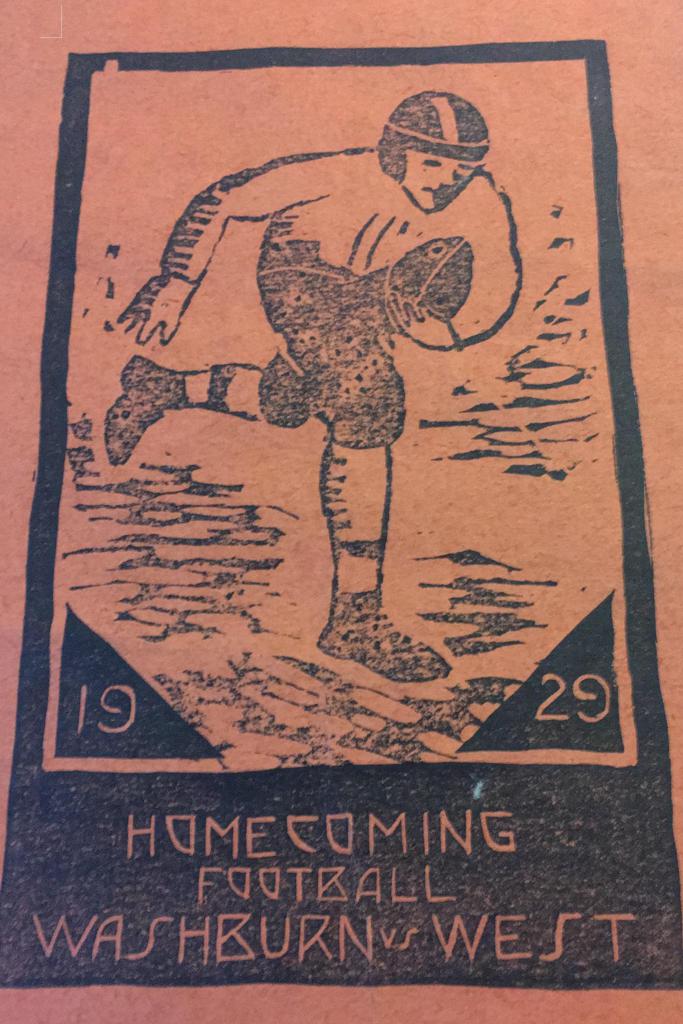 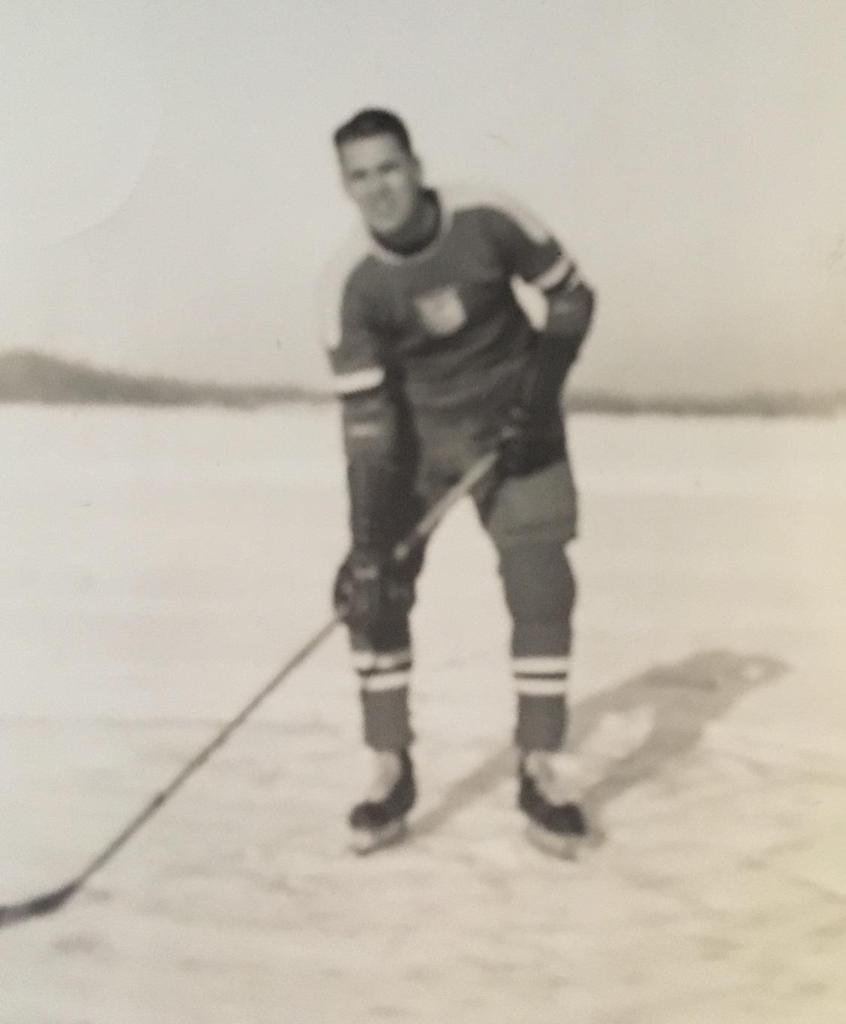 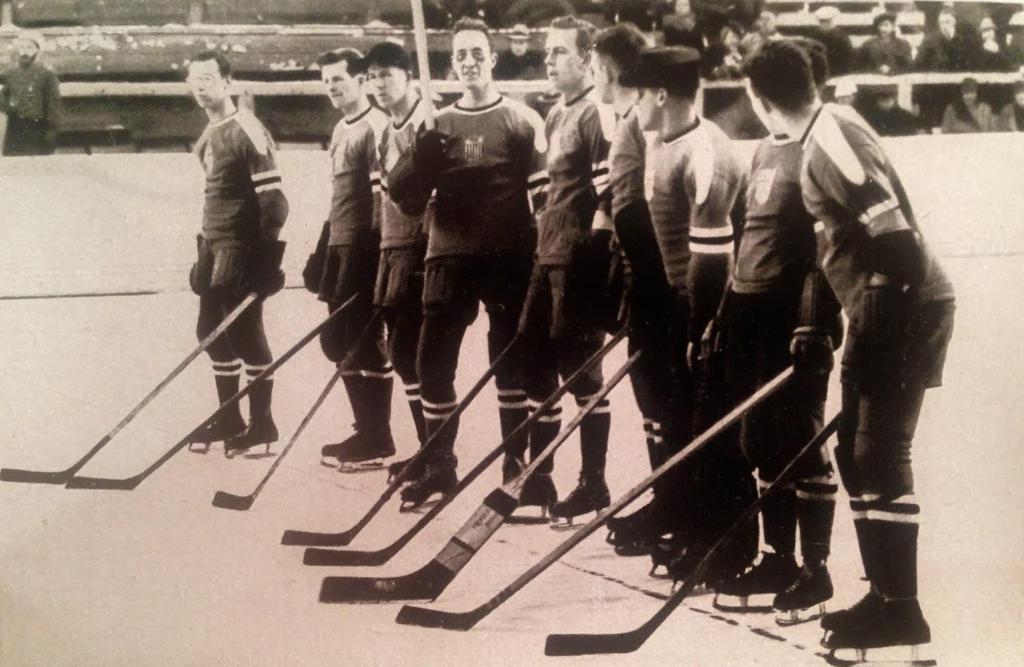 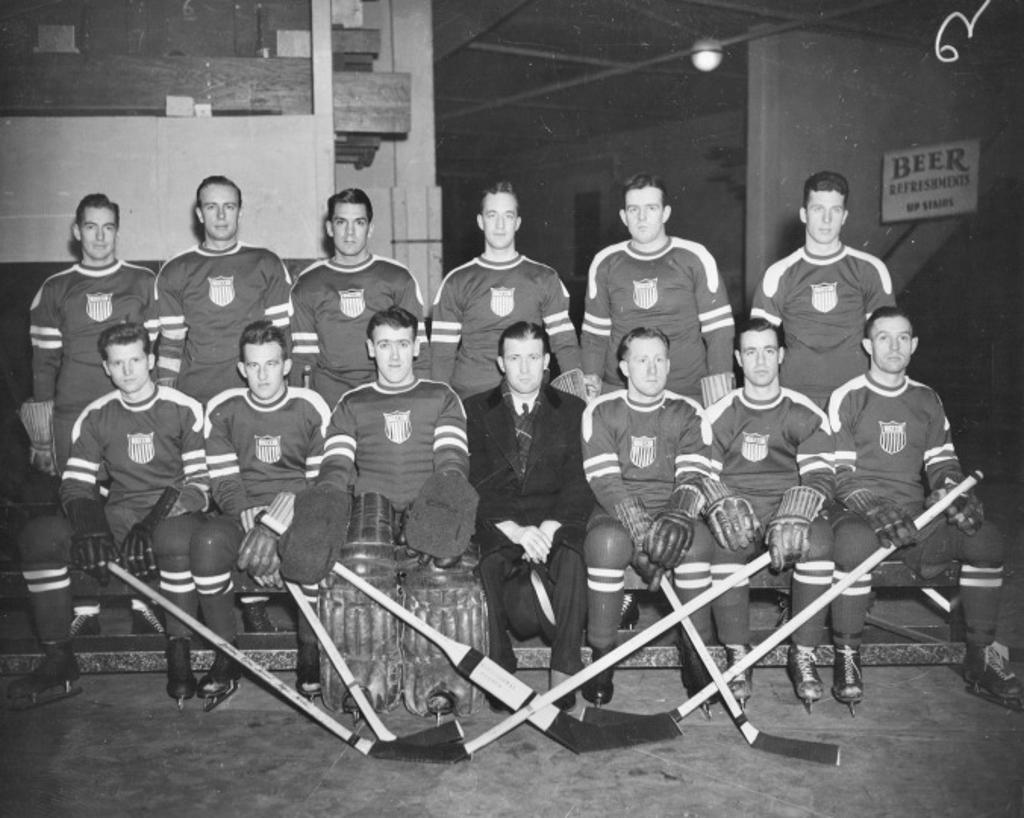 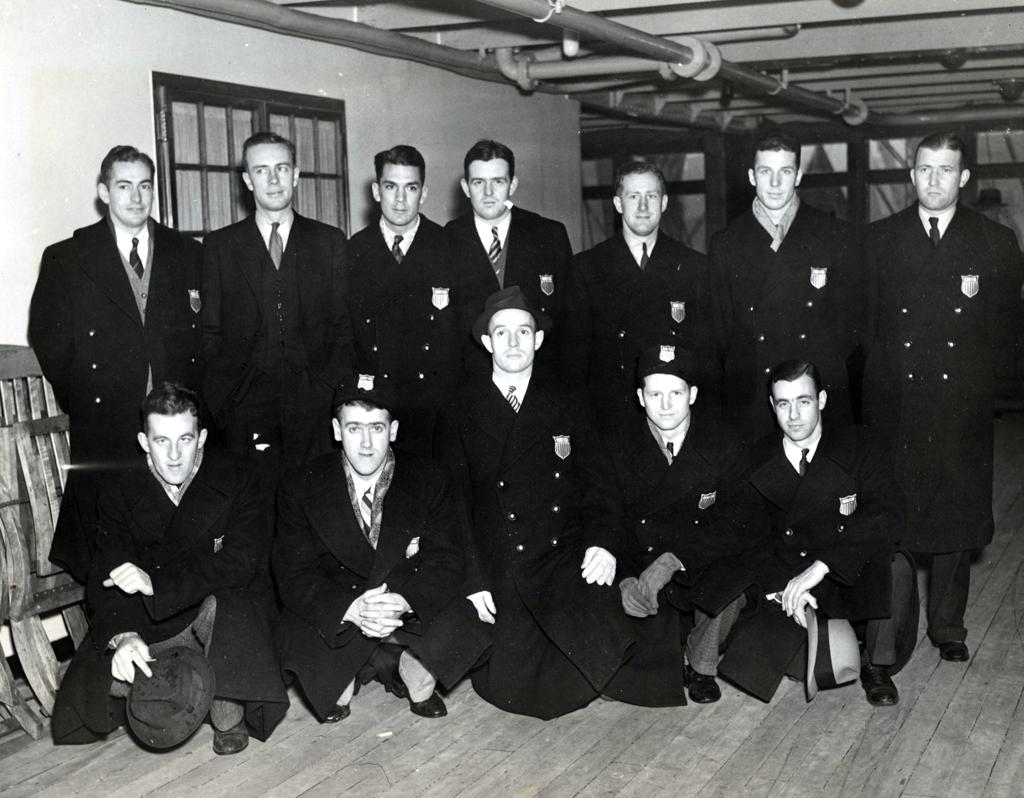 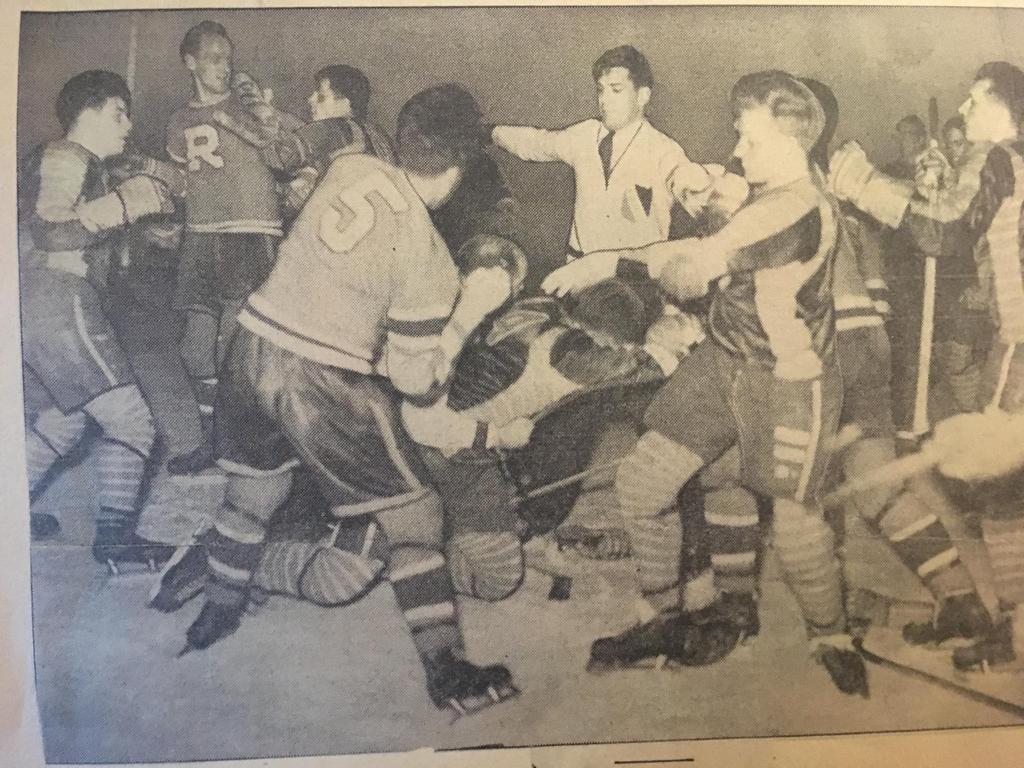 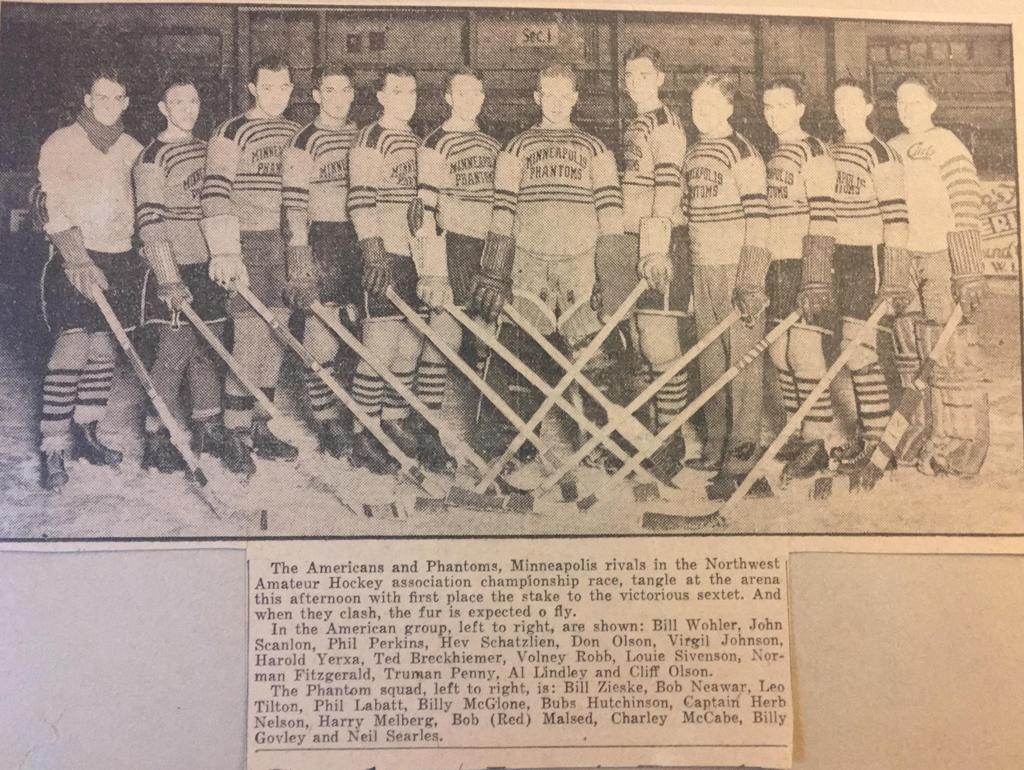 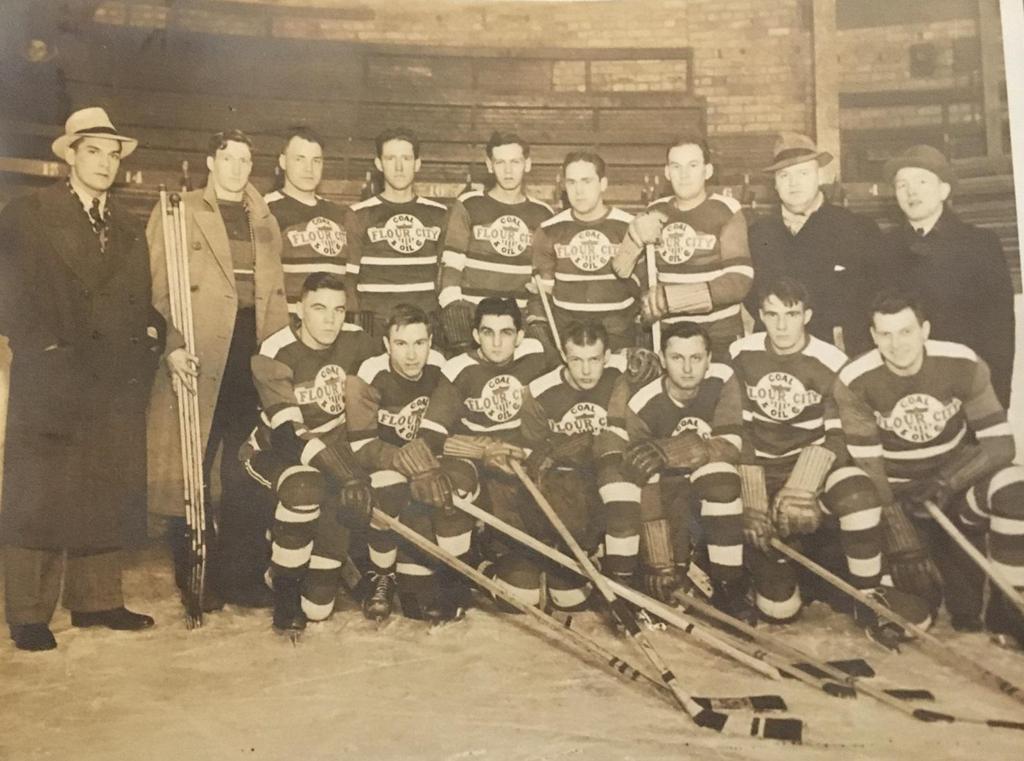 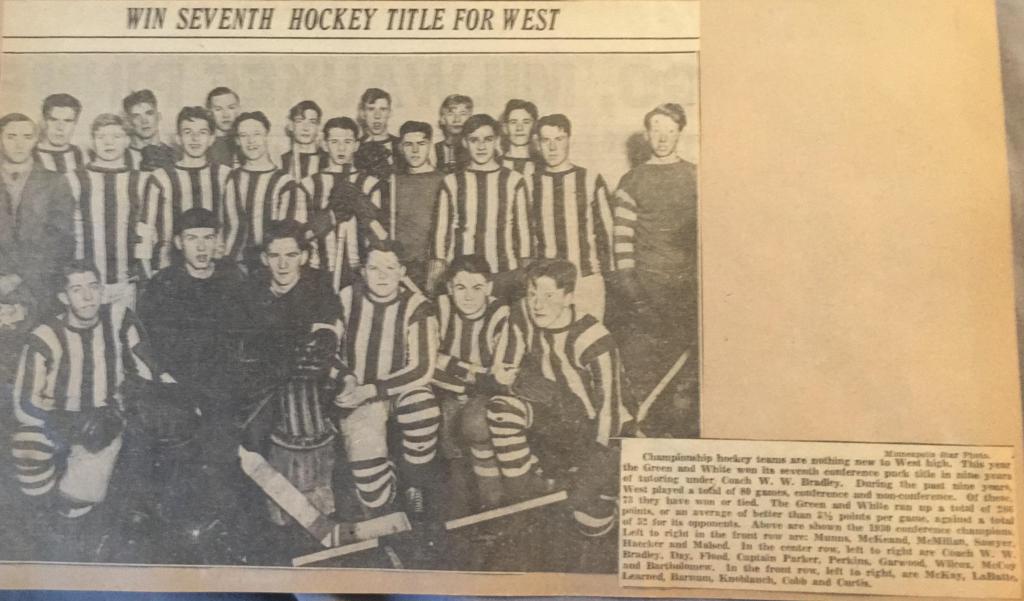 Minneapolis West was a powerhouse in the late 20's 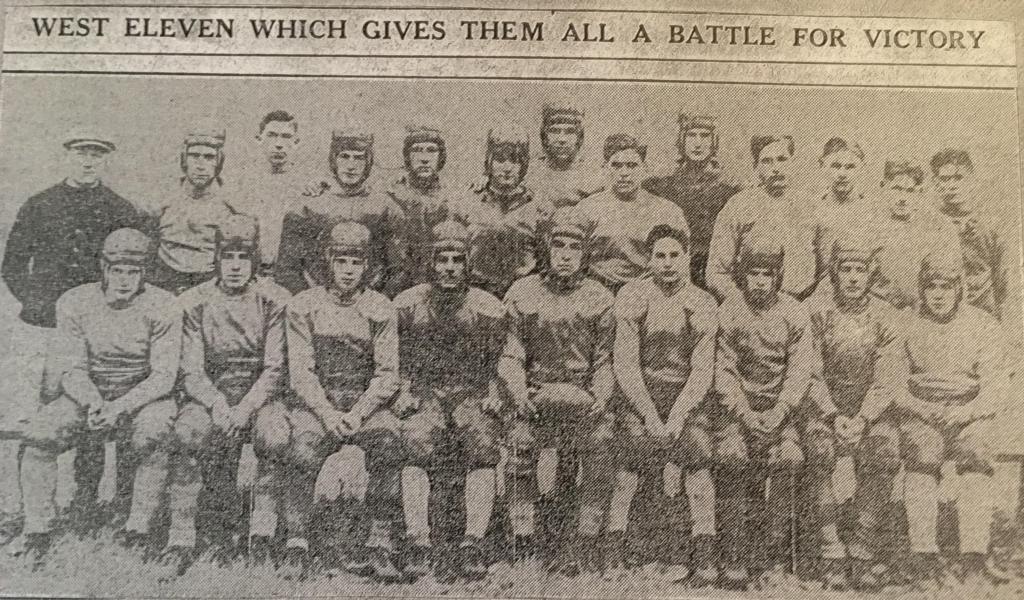